It’s common to talk to women physically or psychologically damaged by abortions, who say, “I had no idea this could happen; no one told me about the risks.” Unfortunately, the large body of evidence indicating significant abortion risks has been suppressed and ignored. This suppression is made possible by prochoice advocates who zealously oppose any requirements for abortion clinics to provide information. The “immunity to stating the facts” enjoyed by abortion clinics increases their profits, but only at the expense of women who are not allowed to make an informed choice.

My thanks to Linda L. Kruschke for writing this powerful article and sharing a personal perspective on this subject:

It’s Not about Women’s Health

I’ve been avoiding writing this blog post for about two weeks now, but I can’t avoid it any more. The thing that finally pushed me to write was this article I read on the Eternal Perspective Ministries (EPM) website while I was eating my lunch. It is about the Planned Parenthood (PP) protest in Portland, Oregon on August 22. There were 300 such peaceful protests across the nation, but this one happened to be where I live and less than an hour away from the headquarters of EPM.

I loved one of the pictures in this article because in addition to people holding a sign that says “Planned Parenthood Kills Babies” there were others holding a sign that says “Planned Parenthood Deceives Women.” Although I am saddened by the culture of death and the many murdered children at the hands of PP, my heart is with the many women who have had abortions and lived to regret that decision. Many of those women, like me, were deceived by PP and are also victims.

The pro-choice voice claims that the right of a woman to have an abortion is a women’s health issue and that PP is about women’s health. These claims couldn’t be further from the truth. Pregnancy is not a disease that needs to be treated or cured. It is not healthy for a woman to have an abortion. In fact, having an abortion dramatically increases a woman’s risk of major depression and suicidal tendencies, and it also increases the risk of breast cancer and future miscarriage. (EPM note: see the information following Linda’s article for more on these increased risks.)

But it was my experience that PP didn’t disclose any of those risks. I didn’t find out about them until after I’d suffered with seven years of major clinical depression (following many years of low-grade depression), been suicidal, and had a miscarriage. So far I haven’t also gotten breast cancer, but with my family history of this disease, I certainly did not need to increase my risk.

The “health care providers” at PP were not concerned with my health; they were concerned only with getting my money. They weren’t concerned with who the father was or the fact that he had been an older man who raped a teenage girl; they didn’t even ask. They didn’t provide any pre- or post-abortion counseling, they didn’t advise me of the health risks of having an abortion, and they didn’t even schedule a follow-up visit. What doctor doesn’t schedule a follow-up visit after an invasive medical procedure?

I left the PP clinic that day, headed off to a Future Business Leaders of America camp, and bled so much that I thought I was going to die. (In fact, when I bled that much after my miscarriage years later, the emergency room rushed me back to an exam room without even checking in first—that’s how serious that kind of bleeding can be.) But PP didn’t warn me about this possibility or tell me what to do if it did happen. I was a scared 17-year-old with no one looking out for my health—PP certainly wasn’t.

Tell me you think a woman has a right to choose to kill her own baby—if you think that’s a defensible position—but don’t tell me that right is a women’s health issue. It quite simply is not.

If you want to champion women’s health, then help women find the spiritual and emotional health to deal honestly with a pregnancy they don’t want. Help them understand that whatever the circumstances that led to their pregnancy, God loves them and their child. There are options, including adoption, which are far healthier for them—and definitely healthier for their baby. What finally got me healthy after the trauma of being raped and having an abortion was the love of Jesus. I only wish someone had helped me find that love before it was too late for my child.

Here’s more information from my book Why ProLife? about some of the health risks for women following abortions:

Dr. Patricia Coleman, professor of Human Development and Family Studies at Bowling Green State University, analyzed outcomes of twenty-two scholarly research papers on women, mental health, and abortion. The research involved well over 877,000 women. She states, “81 percent of females who had an abortion were found to be at an increased risk for mental health problems, including depression, alcohol abuse, and suicidal behaviors.”[i]

Very similar conclusions to Coleman’s were reached independently in an Australian analysis of abortion and mental health data.[ii]

Women with one abortion double their risk of cervical cancer, compared to non-abortive women, while women with two or more abortions multiply their risk by nearly five times. Similar elevated risks of ovarian and liver cancer have also been linked to single and multiple abortions.[iii]

After extensive investigation, Dr. Joel Brind, a cancer researcher and professor of endocrinology, concluded, “The single most avoidable risk factor for breast cancer is induced abortion.”[iv] A woman who has an abortion increases her risk of breast cancer by a minimum of 50 percent and as much as 300 percent.[v]

Many studies have demonstrated a statistically significant increase in miscarriage, premature births or low birth weight risk in women with prior induced abortions.[vi] “Low birth weight and premature birth are the most important risk factors for infant mortality or later disabilities as well as for lower cognitive abilities and greater behavioral problems.”[vii]

[iii] F. Parazzini et al., “Reproductive Factors and the Risk of Invasive and Intraepithelial Cervical Neoplasia,” British Journal of Cancer 59 (1989):805–9; H. L. Stewart et al., “Epidemiology of Cancers of the Uterine Cervix and Corpus, Breast and Ovary in Israel and New York City,” Journal of the National Cancer Institute 37, no. 1:1–96; I. Fujimoto et al., “Epidemiologic Study of Carcinoma in Situ of the Cervix,” Journal of Reproductive Medicine 30, no. 7 ( July 1985): 535; C. LaVecchia et al., “Reproductive Factors and the Risk of Hepatocellular Carcinoma in Women,” International Journal of Cancer 52 (1992): 351. 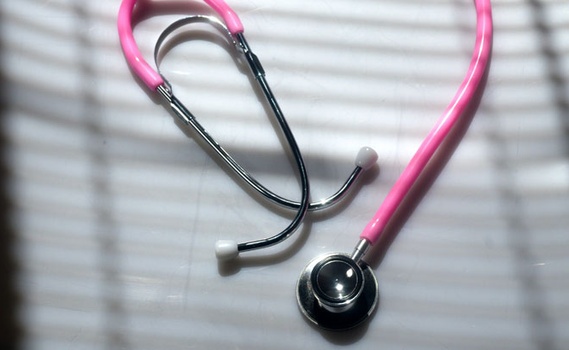 In Many States, You Can’t Get a Routine Surgery or a Colonoscopy Right Now, But You Can Still Get an Abortion

article April 6, 2020
LifeNews has a list of the U.S. states that have shut down abortion clinics right now, and the states that are still allowing them to operate. The list doesn’t include the status of my home state of Oregon, but one clinic in Portland says on their website, “[We believe] it is our responsibility to stay open so that we may continue to provide safe and legal abortions.” 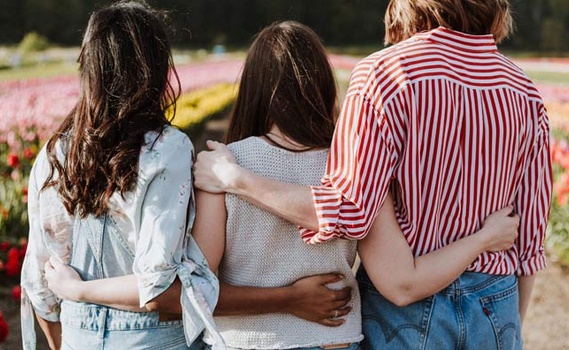 article October 21, 2019
The fact that a term or phrase can be used by one person one way, and mean something completely different to another person, is nothing new. But as people who believe that words matter—because God communicated to us using precise words, right down to the smallest jot and tittle—we as Christians should be especially thoughtful in how we use terms, and educate ourselves about what others mean when they use them.