Graphic Abortion Display Evokes Volatile Reactions, But God Is Always at Work Behind the Scenes 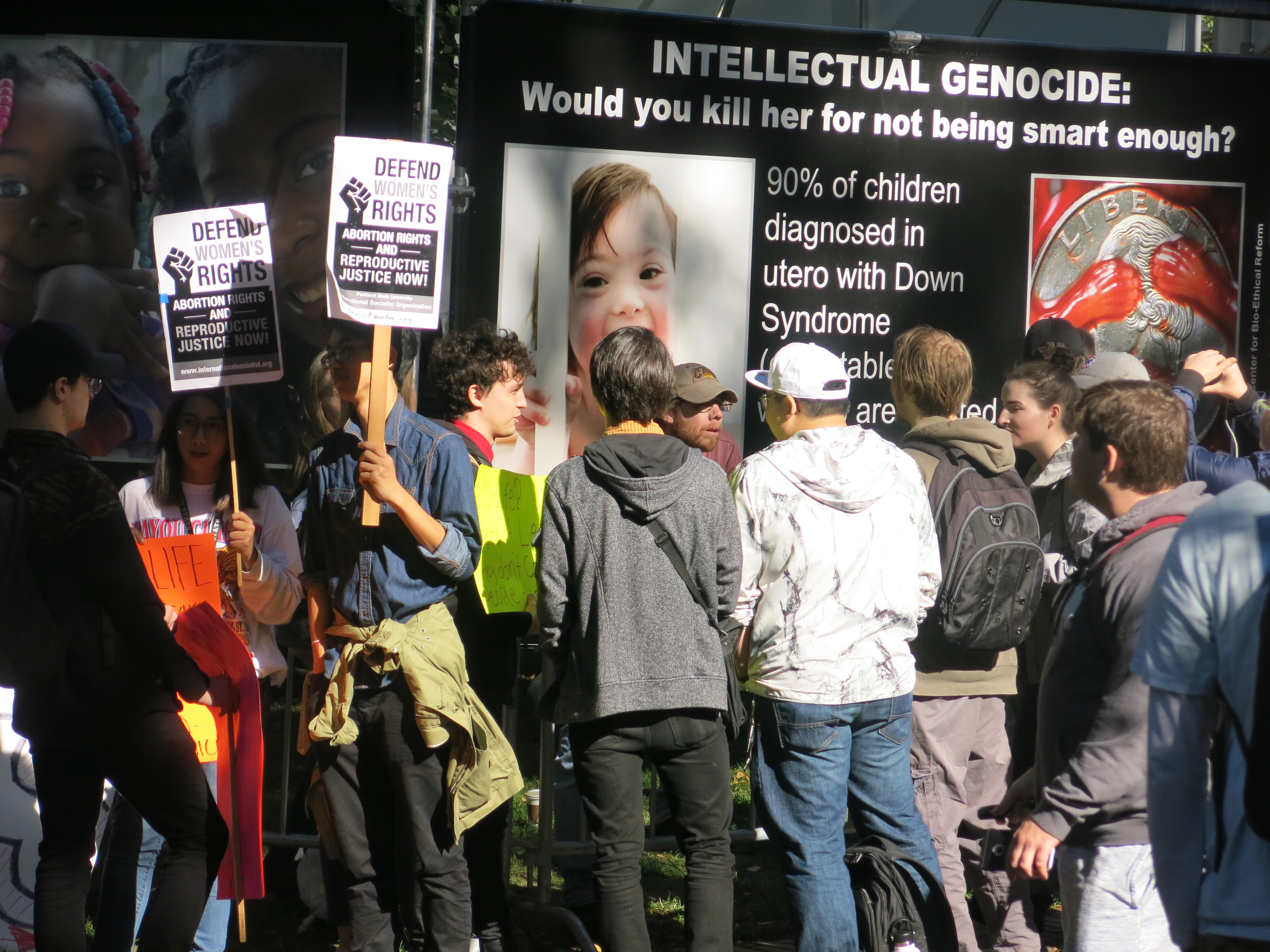 Recently a prolife group at Portland State University (not far from my hometown of Gresham, Oregon), hosted a mobile display for the Genocide Awareness Project (GAP), a project which shows images of aborted children next to victims of historical and contemporary genocides and other injustices. It also includes a large banner with the words, “Abortion is genocide.”

Not surprisingly, the displays are highly controversial on college campuses, and are frequently met with opposition, protests, and sometimes even violence. This was especially true here in Oregon, a state that continues to lead the way in pushing abortion “rights.” (Earlier this year, Governor Kate Brown signed House Bill 3391, making Oregon the only state in the U.S. without any laws that restrict abortion, and one of only a handful of states that uses taxpayer money to pay for elective abortions.)

In response to the GAP display, there was an organized counter protest and some of the protesters became very antagonistic. Several men I know, part of our church’s men’s group, helped set up and dismantle the display each day. I asked if they would share their thoughts:

The set up on the first day was fairly uneventful. I was encouraged when students would come by and take pictures with their cell phones. If they send these images to their friends on social media, maybe someone contemplating ending a life will see the truth of abortion.

The take down of the display however, was a different story. I was truly not prepared for the ensuing protests. The group that had gathered was intent on discounting the truth. The words they used were as vile as you would expect. This included attacking the African-American pastor that was part of the counseling team, accusing him of turning his back on his people. The most vile statement from one student was, “At least three of you men are rapists.”

I would do something of this nature again without hesitation. There are two things that really struck me. First, there were three PSU students in the pro-life group on campus that were there as counselors. Their courage was an inspiration to me, knowing they’d be facing persecution in the days to come. Secondly, I was able to see in a very graphic manner what secular education has taught the next generation. I saw a group of people, mainly women, who have no regard for the lives of the unborn. Their mantra “it’s my body” reeks of the misinformation they’ve been given through the years.

It was sad for me to observe the hate displayed by some of these demonstrators and the unwillingness to alter their views even faced with facts. On the other hand, it was encouraging to hear about the pro-life group at PSU, which is taking the message to those students who are willing to listen. I pray they are making a difference, even if it’s one life at a time. 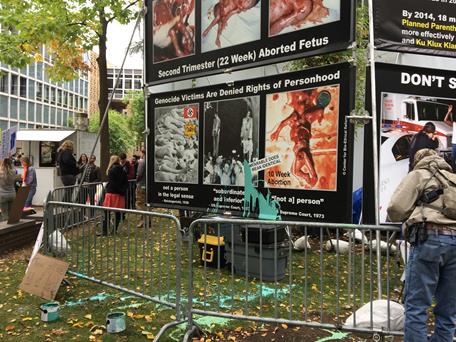 Dennis Mittleider said, “I’ve been in the Vietnam War but have never experienced anything like this in the States.” He shared that if anyone came up to the display and wanted to talk, the protestors would stand right next to them and shout so loudly that a conversation couldn’t take place. The protestors were taking donations for Planned Parenthood and every so often would scream out how much they’d taken in. One girl threw pepper in a woman’s face yelling, “This is against my rights, against my body!” Another student threw paint and hit a woman’s back as well as the display, and was arrested.

“I’m not the type of guy to put up with this. I really had to pray and ask the Lord to help me not react. My hats go off to those manning the display. They had such a peace about them,” Dennis observed. Even after experiencing what he did he said, “If I were asked I would do it again.”

Finally, I so appreciated what Ron Kampe shared, which relates to our church’s recent study of 1 Peter 3:13–17:

Those of us working were subjected to amazing verbal abuse. We were continually called names such as Nazis, rapists, liars, pigs, and many more that can’t be named. We were told to go home, and to f…-off, with gestures in our face continually. The organizers told us to not respond in any way to the abusers, and our recent studies of 1 Peter kept coming to my mind.

You wanted to look at these folks with disgust and complete disdain, but how would Jesus expect us to respond in the face of all this? I had to CONTINUALLY remind myself to look at them expressing love as much as possible whenever our eyes would meet. It was very difficult, and probably would have been impossible for me if we hadn’t just studied how to respond when persecuted.

Thanks so much, guys, for your willingness to do the hard thing. You are a great example of Christlikeness.

So was having the display up worth it? Taylor, the PSU Pro-Life president, wrote this after the event:

Several students have relayed to me the display had a far greater impact then we perhaps saw while being outside, as only the (very) radical ones came out to protest. …I recognized two students I spoke with at GAP the next day in my Russian class. Both were initially angry about the images, but we ended up having good, constructive conversations. I now get to continue building relationships with them for the remainder of the year and share not only the pro-life message, but the Gospel as well. They have been nothing but receptive, and I’m hopeful a change of heart is right around the corner!

Had it not been for the display, however, we would have never connected. 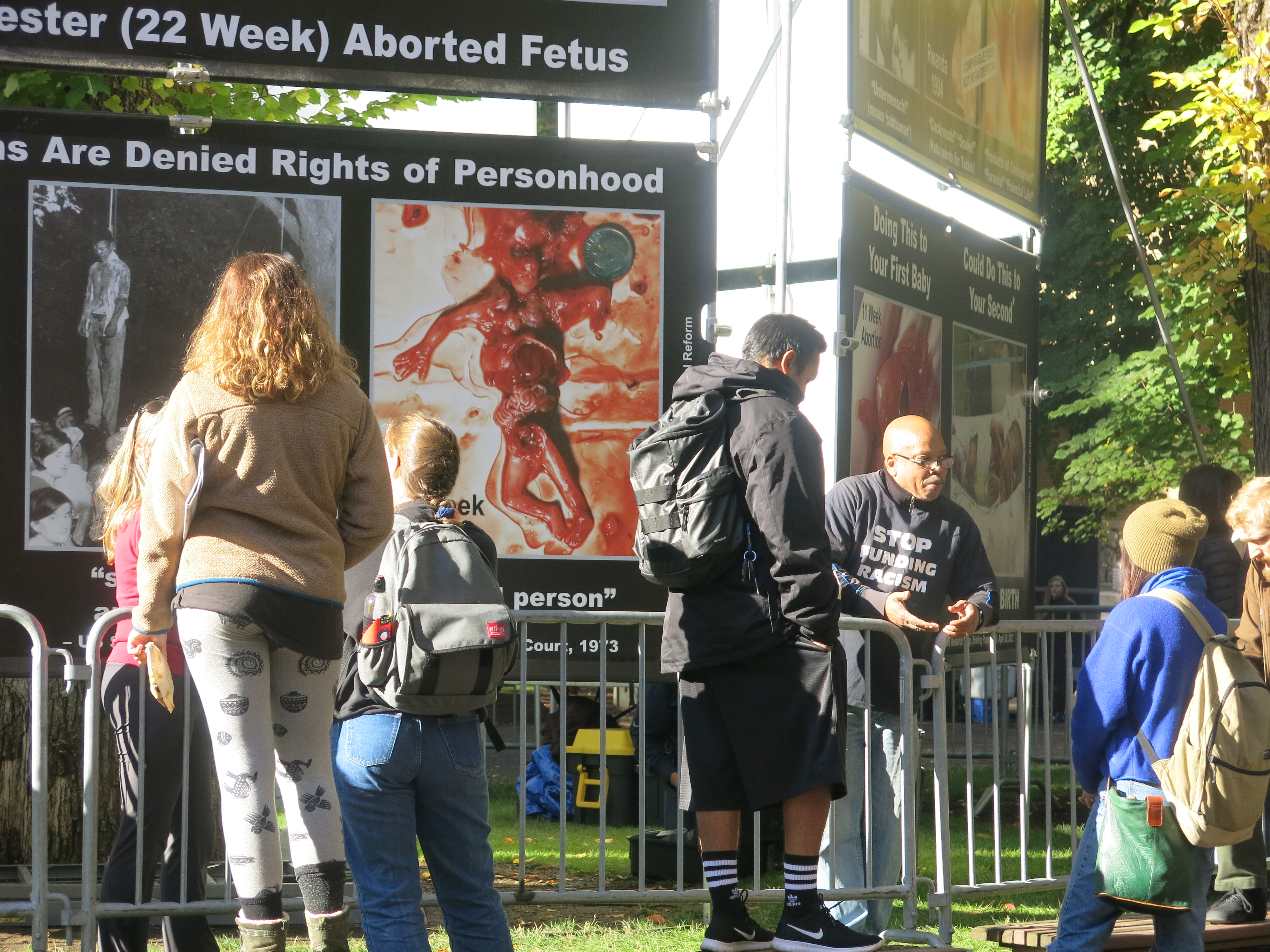 Over the years, I’ve learned that the hardest things in ministry often bear fruit, but that fruit is usually buried beneath the confrontational stuff. Satan wants to discourage people from doing what’s right by convincing them it makes no difference. That’s simply not true, though often we can’t immediately see the results. (Let’s pray for these prolife students at PSU who are seeking to share the truth about abortion with other students in a balance of grace and truth.)

Years ago, I visited a college campus where a prolife group had set up similar displays of aborted babies alongside the victims of the Nazi death camps, the Killing Fields, American slavery, and other historical atrocities. Signs with warnings about the graphic photographs were posted clearly, so all those who looked did so by choice. I witnessed the profound effect on students and faculty, including those who didn’t want to believe what they were seeing.

There’s no doubt that pictures of what abortion does are horrific, but they can be a powerful tool, similar to how the Holocaust was so evil that words alone couldn’t describe it. Descriptions of Nazi death camps had long been published in American newspapers, but when these papers started printing the pictures of slaughtered people, the public finally woke up. If not for the pictures, even today most of us wouldn’t understand or believe the Holocaust. 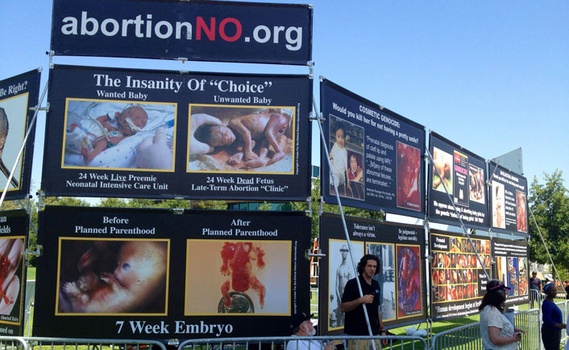 What is Your Opinion of Prolife Organizations That Show Graphic Pictures of Aborted Babies?

article January 1, 2005
The biggest disadvantage to the preborn child has always been that there’s no window to the womb. His fate is in the hands of those who cannot see him. But in recent years this has radically changed.
Invest in Eternity