The Early Christians Experienced Happiness in Christ Despite Suffering; So Can We 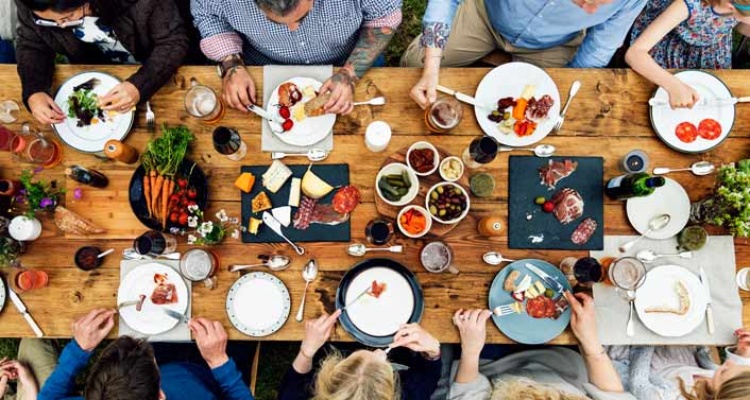 Recently Nanci and I saw the movie Paul, Apostle of Christ. We were both surprised at how dark it was, focusing almost exclusively on Rome’s brutal violence done against Christians and their children. Paul is suffering in prison nearly all the movie, and even the flashbacks are either him suffering or inflicting suffering on others.

Of course, historically there was plenty of such violence, and we don’t want it whitewashed! That’s not my concern. But Paul’s life contained many events that were beautiful—including strong relationships, miracles, healings, demons cast out, and radical conversions with infusions of happiness. We wished for a few happy flashbacks of the joy he experienced knowing and serving Jesus, as seen throughout the book of Acts. (Given the good reviews I read, no doubt God is using the movie in some people’s lives. And if you’re among them, that’s great!)

It also seemed odd to show the community of faith’s suffering endlessly without depicting their joy. In the movie, the believers in hiding are portrayed as divided and squabbling and nearly always distraught. I’m all for realistic portrayals of suffering and hardship (I’ve written three books on the problem of evil and suffering), and certainly first-century Christians experienced much heartbreak and persecution. But they also experienced happiness, celebration, and the abundant life in the midst of difficulty. Their lives were punctuated by feasting and singing and laughing and rejoicing. (It almost feels like there’s an underlying assumption in this movie that God has called His people to unhappiness in this life and that happiness is unspiritual. I address this issue here.)

Nanci and I felt like the takeaway was, “Christians live miserable lives now, but in the end Heaven will make up for it.” Well, true, Heaven will more than make up for a miserable life, but the early Christians, while enduring some miseries to be sure, were characterized in this life by a transcendent joy and hope and peace.

The Early Church’s Happiness in Jesus

We see the seeds of the early church’s happiness right away after Jesus ascended (Luke 24:51-52): “While he blessed them, he parted from them and was carried up into heaven. And they worshiped him and returned to Jerusalem with great joy.” The CEV says, “They returned to Jerusalem and were very happy.” Because Jesus was alive, and because he promised to be with his followers always and return for them one day, their joy went deep and overflowed the banks of their lives.

The early church enjoyed both the Lord’s Supper (breaking bread) and “love feasts” (Jude 1:12). Acts 2:46 describes the gatherings of the believers: “Day after day they met together in the temple. They broke bread together in different homes and shared their food happily and freely” (CEV).

There’s an intriguing phrase in Acts 2:47 that describes the church in Jerusalem as “having favor with all the people.” What exactly were these early Christians doing that brought them such esteem? The preceding verses tell us: “And they were selling their possessions and belongings and distributing the proceeds to all, as any had need. And day by day, attending the temple together and breaking bread in their homes, they received their food with glad and generous hearts” (v. 45-46).

When unbelievers witnessed the generosity and joy of these believers, they saw how they loved one another, and many came to faith: “And the Lord added to their number day by day those who were being saved” (Acts 2:47, italics mine). Their open hands and genuine happiness demonstrated the life-changing power of the gospel.

Athenian philosopher Aristides wrote to the Emperor Hadrian (c. 117-138 AD) and said this about the early church:

Every morning and all hours on account of the goodness of God toward them, they render praise and laud Him over their food and their drink; they render Him thanks. And if any righteous person of their number passes away from this world, they rejoice and give thanks to God and they follow his body as though he were moving from one place to another. And when a child is born to them, they praise God, and if again it chances to die in its infancy, they praise God mightily, as for one who has passed through the world without sins.

Supernatural Joy and Gladness in Persecution

Scripture tells us something even more surprising. When believers in the early church faced persecution for following Jesus, this was their response: “They left the presence of the council, rejoicing that they were counted worthy to suffer dishonor for the name” (Acts 5:41). The Contemporary English Version and five others translate it, “They were happy.” How could anyone be happy in suffering? Because they found joy in being enough like Jesus to be treated as He had been. Note that they rejoiced not because they suffered (self-glorifying masochism) but because they were considered worthy to suffer for Jesus (God-glorifying grace).

We see this same supernatural reality in other passages (see Matthew 5:12; Romans 5:3; James 1:2-3; 1 Peter 4:13). It’s as if our eternal happiness works its way backward into the suffering of the present moment, washing over us as a foretaste of our imminent, unending joy.

Consider what happened to Paul and Silas in Philippi: “The crowd joined in attacking them, and the magistrates tore the garments off them and gave orders to beat them with rods. And when they had inflicted many blows upon them, they threw them into prison. . . . [The jailer] put them into the inner prison and fastened their feet in the stocks” (Acts 16:22-24).

Sadly, God’s people have been treated this way throughout history, but the next verse is astonishing: “About midnight Paul and Silas were praying and singing hymns to God, and the prisoners were listening to them” (verse 25). Why were the prisoners listening? Because to sing hymns is to express praise and joy and focus on God, not oneself.

Such actions speak powerfully to unbelievers. Words alone are cheap, but joy in suffering gets people’s attention—it demands a supernatural explanation! Countless believers have used their platform of suffering, combined with Christ-centered happiness, to attract people to the gospel.

Paul’s Rejoicing in the Lord

Paul’s joyful, peaceful response to imprisonment in Philippi was characteristic of his walk with Jesus, although yes, as a result of following Christ, he lost everything. He described his daily adversity, persecution, and nearness to death (2 Corinthians 4:7-12). Two chapters later Paul referred to his troubles, hardships, distresses, beatings, imprisonments, riots, sleepless nights, and hunger, as well as the experience of nearly dying, and being sorrowful and poor (2 Corinthians 6:3-10). And in chapter 11, he wrote an even more graphic portrayal of his hardships (v. 23-29). Ultimately, his imprisonment led to his death at Nero’s command.

Yet this same Paul said he was “sorrowful, yet always rejoicing” (2 Corinthians 6:10). Sorrow and joy can and do coexist, for now. Note that the “always” in this verse is applied to rejoicing, not being sorrowful. Sometimes sorrow and joy do battle; sometimes they coexist, but when our hearts and minds are on Christ, joy is never far away: “You changed my sorrow into dancing. You took away my clothes of sadness, and clothed me in happiness” (Psalm 30:11, NCV).

Paul followed verse 4 with this encouragement: “The Lord is at hand,” which itself is a reason to rejoice. God is with us, never abandons us, and will deliver us soon, whether by death or by His return.

Paul understood that those who know Christ can be happy in Him when every outward circumstance argues against being happy. This is what David experienced when he wrote, “When the cares of my heart are many, your consolations cheer my soul” (Psalm 94:19). It’s what James and Peter were saying when they told believers to be glad when facing hardships (see James 1:2; 1 Peter 4:13).

Nowhere in Scripture is happiness reserved for when life seems to be going our way. Life’s dramas constantly conspire to rob us of joy. But these circumstances, and our short-comings, aren’t nearly as big or as permanent or as powerful as God and His happiness, which in His grace He offers His beloved children. And this offer is not just for “then and there,” after we die, but for “here and now,” while we still live in a fallen world, in and with and by the grace of a risen Jesus. The apostle Paul and the rest of the early church experienced this kind of supernatural happiness, and because the same Holy Spirit that indwelt them lives in us, so can we.

By the way, if you’d like to study Paul’s life more, I recommend first reading or listening to the book of Acts and letters of Paul.  If you want a quick illustrated read on the apostle Paul see my graphic novel The Apostle. I spent a lot of time studying his life to write it, and chose many of the great action scenes in Acts and added some scenes to tie it together. Or if you want a serious biography, The Apostle: A Life of Paul is a classic. 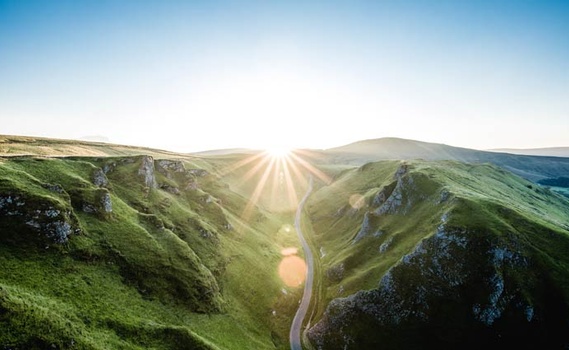 John Piper on the Apostle Paul, Suffering, and the Groaning of a Fallen World

article April 12, 2019
I love the apostle Paul, I love his God-breathed words in Scripture, and I love what he understood and said about suffering. And I love John Piper too—so it was a no brainer to feature this excellent article. 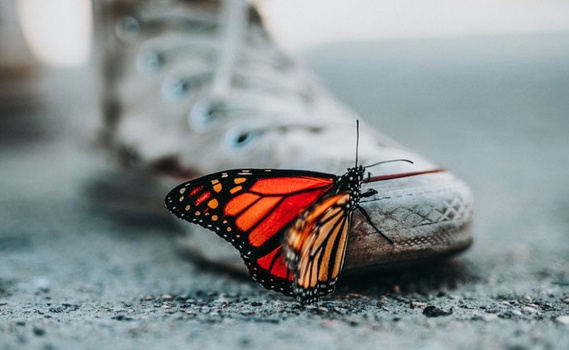 Am I Sinning If I’m Not Happy as a Christian?

article March 20, 2019
Rejoicing always in the Lord seems unrealistic at times. But we must remember that this rejoicing is centered not in a passing circumstance but in a constant reality—Christ. 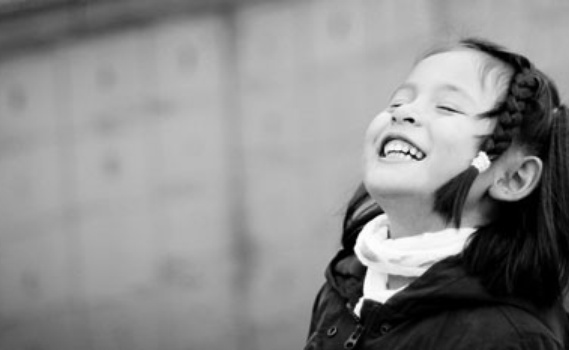 Is Happiness Different from Joy?

audio December 11, 2015
I think the first thing we need to realize is that historically there was no such distinction in the church and in the English language. Simply look up joy in a secular dictionary, say Webster’s Dictionary, and you’ll see it defined as happiness and, happiness defined as joy. They are synonyms with overlapping meanings.
Invest in Eternity