Working Together, It’s Possible for the Light of God’s Word to Reach Every Language in Our Generation 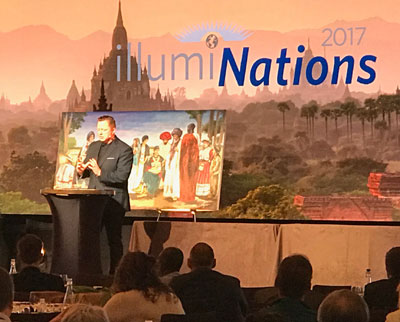 Several weeks ago, Nanci and I returned from the illumiNations gathering in Washington, DC. Attending and speaking at the event was a wonderful experience. I want to share some things about it, and explain how you too can be a part of impacting eternity by supporting Bible translation.

The organizations began working several years ago to create a central digital Bible library, which they launched in 2010. They’ve since compiled over 1,100 portions and versions of Scripture. They named their collaboration illumiNations, as a reference to Isaiah 60:3, which foretells the nations coming to God’s light: “Nations will come to your light, and kings to your shining brightness” (CSB).

In the past, getting the Bible into another language—accessing sources, translating, proofing, printing, and finally, distributing it—often took decades. But today, the world’s leading Bible translation ministries collaborate as illumiNations, an alliance created to help them easily exchange ideas, share systems, improve practices, and recruit givers. Working together, they have leveraged advancements in technology, communication, and travel to shorten the translation process, in many cases to just a few years.

Another benefit of their collaboration is that illumiNations now believes that they can have at least the New Testament translated for 99.9% of the world’s population by the year 2033. 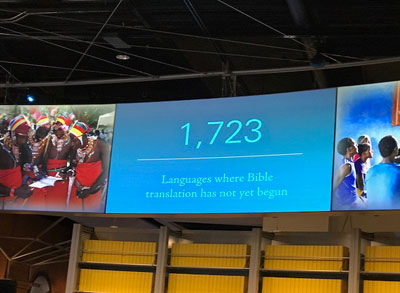 It’s estimated that 1.5 billion people from 6,000 language groups are still waiting for a full Bible in their heart language. And with 1,723 languages where Bible translation has not yet begun, more than 165 million people do not have a single verse of Scripture. But Bob Creson, president of Wycliffe USA, shares that it’s about more than just checking off languages: “The goal really isn’t just to produce a recording or some written materials. The goal is transformation because the Scriptures do transform lives.”

At illumiNations events, donors are “exposed to the global need for translation and matched with the most appropriate translation agency based on their passions for particular regions or people groups,” Christianity Today explains.

Nanci and I were also part of the groundbreaking 2015 gathering, where $20 million was given to further translation efforts. It was unforgettable, as was this year’s. I loved seeing the unity between the translation groups, which was an encouraging model of the cause being greater than the individual organizations.

This year, $49 million was committed by those attending to translate God’s Word into the final 1,600 languages that remain with no Bible. It was, I presume, the largest fundraiser for Bible translation in history. Check out this video recap from the event, which will give you a taste for how powerful it was. 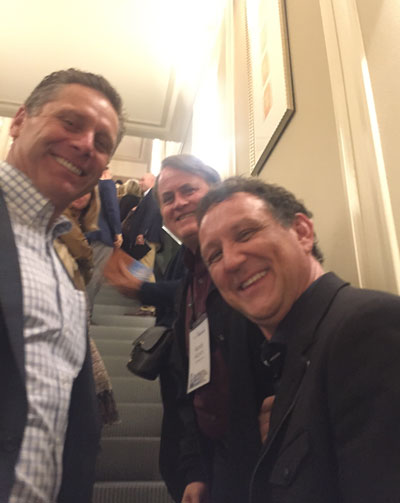 Nanci and I so enjoyed connecting with many wonderful people who attended. Here’s a picture someone took on an escalator. On the left is Hall of Famer Steve Largent (who needs no introduction to Seattle Seahawks fans) and on the right is Randy Phillips of the music group Phillips, Craig and Dean (who’ve written and performed many familiar songs, including “You Are God Alone,” “Here I Am to Worship,” and “Revelation Song”). Steve and Randy were part of the program too, and we were on a bus together coming back from the National Cathedral.

We also visited the fantastic Museum of the Bible, where illumiNations has a display. I took this picture in a special Bible translation room which shows in yellow, with each blank book named by its eventual language, the remaining languages that still have no Scripture. 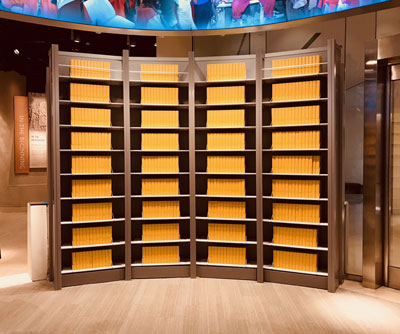 This picture shows an African brother holding up a Bible with blank pages, representing the remaining languages until there are no Bibleless people groups left on earth. Impacting eternity by supporting Bible translation is something we can all be a part of through prayer and giving. I encourage you to check out the illumiNations site, where you can sign up for prayer updates and donate towards translation efforts. 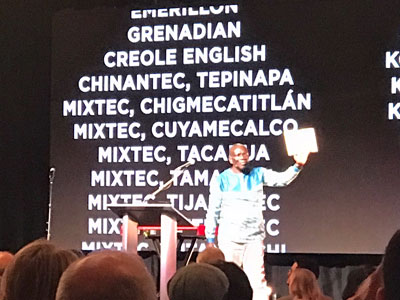 They sang a new song, saying:

“You are worthy to take the scroll
and to open its seals,
because you were slain,
and with your blood you purchased for God
persons from every tribe and language and people and nation.
You have made them to be a kingdom and priests to serve our God,
and they will reign on the earth.”  (Revelation 5:9-10) 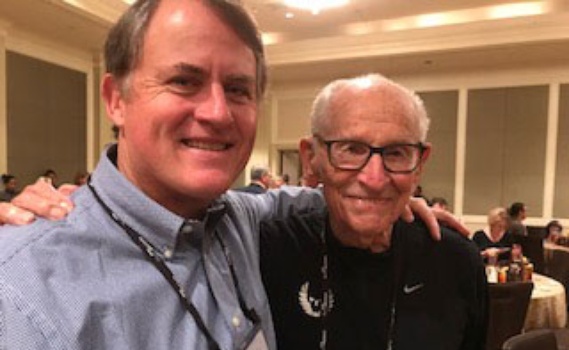 article January 12, 2018
One of the great highlights of the illumiNations event I attended last year was talking with Orville Rogers, who serves Jesus with all his heart, and hearing from him as he was interviewed on stage. 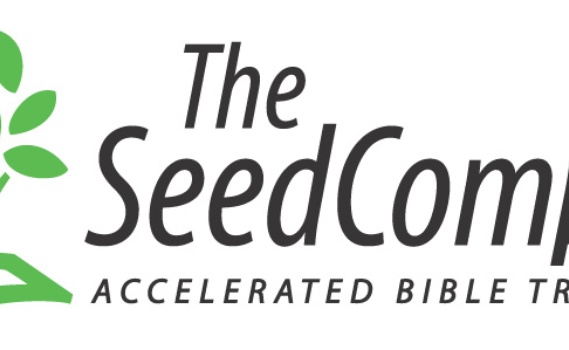 video March 19, 2014
The Seed Company is one of the best Bible translation organizations, and the one most heavily supported by EPM. 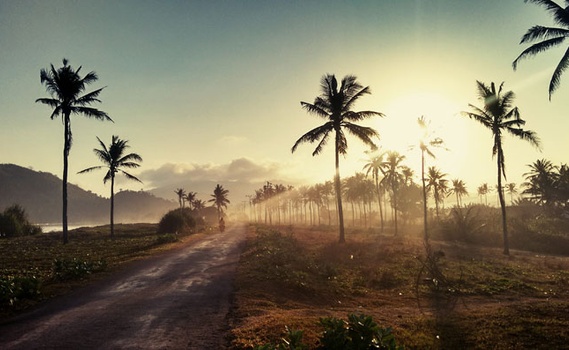 The Word of God Entering a Tribe’s Language in 2010

video December 31, 2010
My friend Tim Challies recently placed a ten minute video on his blog, documenting what happened earlier in 2010: the receiving of the completed translated New Testament by the Kimyal Tribe in Papua, Indonesia.
Invest in Eternity