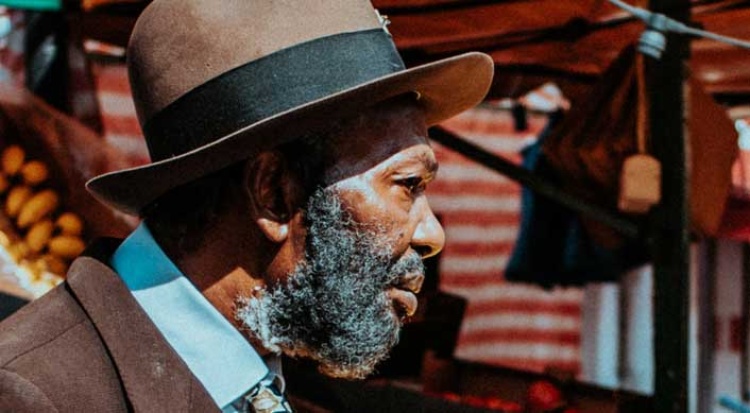 When I’m asked who my favorite character from my novels is, I always say it’s Obadiah Abernathy in Dominion, who played baseball in the old Negro leagues. He modeled dignity, grace, wisdom, and humor. My sports inspiration for Obadiah was Buck O’Neil of the Kansas City Monarchs, but my spiritual inspiration was John Perkins. Whenever I wrote dialogue for Obadiah, I asked myself, What would John say?

Here’s an excerpt from the book, where Obadiah shares thoughts with his family and sings a hymn: 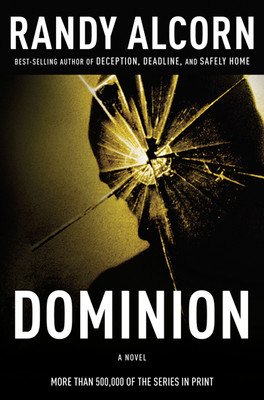 Obadiah looked around the table, and Clarence could almost hear an abrupt gear change in his daddy’s head. “You know what’s missin’ in churches these days?” “What’s that, Daddy?” Clarence asked.

“The mourner’s bench. ’Member our old church in Puckett? They had a mourner’s bench. That was back in the days when you didn’t need no theologian to explain away the Bible. We just believed it. And tried to live by it. ’Member ol’ Reverend Charo, Clarence?”

“Now that was a preacher. Man had more points than a thornbush.” Obadiah smiled broadly, his white teeth looking like piano ivories. “The Reverend used to say from the pulpit in this big loud voice, ‘It’s no disgrace to be colored.’ Then he’d pause and lean forward and wink at us and whisper, ‘It’s just awfully inconvenient.’”

Obadiah laughed and laughed, mostly on his own, though Geneva managed a few chuckles herself.

“Sunday was the finest day of the week, I reckon. We’d leave behind those cotton fields, that ol’ ramshackle house, and come to the house of God. Without Sundays, we woulda shriveled up and died, worked ourselves to the grave ’fore we was fifty years ol’. We’d put on our Sunday best. Mama, she’d put wheat starch in my collar to glue down the threads on my one white shirt. I’d pick the trousers with the fewest holes. We’d walk the four miles to Sunday school, rain or shine. And we had fun walkin’. Ol’ Elijah and me, we was always cookin’ up mischief along the way.”

He looked right at Jonah and Ty and nodded, as an old man who’s never forgotten what it is to be young. Everyone’s eyes focused on Granddaddy. Frail as Obadiah’s body had become, his eyes were strong and he still carried the indomitable authority of a senior black man.

“Pastor served four churches, so he’d be there once a month. We’d take a break after Sunday school, then have a big service. Preacher go up there and say, ‘Remember your mama? How she used to hug you and tuck you in? But she gone now. Can’t tuck you in no more.’ And he’d carry on and on, till we was all snifflin’ and sobbin’. He’d keep remindin’ us of our grandmammies and all our kin that died until we was almost in a frenzy. Then he’d shout, ‘But someday you goin’ to see yo’ mama again. Some day you goin’ to heaven, if you loves Jesus, and there she be—arm’s awide open, waitin’ fo’ you. How many o’ you can hardly wait for that day?’”

Obadiah’s voice had taken on the strength of the preacher’s from seventy-five years ago. “People, they be shoutin’ and clappin’, twitchin’ and tremblin.’ Not like some churches where it’s just a lecture and they has to stop at an hour so you don’t falls asleep. Now, your churches today, they don’t preach about heaven no mo’, not like that anyways. Not like that. Maybe nowadays we thinks this world’s our home. Maybe that’s whys we’s in so much trouble.”

…He scanned the children to decide which to light his eyes on, and this time chose Keisha.

“We’d come together and focus on a better life—the life to come. Always read the Scripture that said we was strangers and aliens and pilgrims. Slave stock understood that. Property owners never did. See, Keisha, black folk couldn’t own property back then. A few did, but very few. We was sharecroppers; our pappies was slaves. We knew this wasn’t our home. It’s harder when you think you own things yourself. ’Cause then you starts actin’ like a big shot owner instead of a tenant. This here is God’s world, chillens. No man owns anything. We’s all just sharecroppers on God’s land. But he never cheats us—come harvest time, he’ll give us the rewards of our labor.”

“Doesn’t seem that way sometimes, Daddy,” Clarence said. Geneva looked startled. She didn’t remember him ever taking issue with his daddy in front of the children, at least not on spiritual matters. “Lots of bad things happen in this world. Seems like sometimes our labor doesn’t pay off.”

“You trust him, boy, and yo’ sweet Jesus ain’t gonna let you down. These television preachers make it sound like today’s the harvest. Give a bunch o’ money and next thing you know there’s a big Cadillac in your driveway. Show me the chapter and verse fo’ that one, will ya? God say at the proper time we’ll reap a harvest, if we don’t give up. Proper time ain’t here yet. Don’t give up, Son. Just don’t give up.”

The old man’s eyes started to glaze. His mouth kept moving, but he was in transition. “I remembers those ol’ songs, songs black as night, black as the raven. ‘Steal away.’ ‘Swing Low, Sweet Chariot.’ ‘I’ll Fly Away.’ ‘Just Over in Glory Land.’ ‘In the Sweet By-and-By.’ We always sung about ‘one day acomin.’ We knew this weren’t the day.”

Obadiah was somewhere else now. Was he thinking about his mama? Clarence wondered. His wife? His daughter? Little Felicia?

Suddenly, so low and quiet you could barely hear, he began singing a song Clarence vaguely remembered from childhood. “I does not know why all aroun’ me, my hopes all shattered seem to be. God’s perfect plan I cannot see. But one day, someday, he’ll make it plain.”

…“I don’t understand,” the old man continued to sing, “my struggles now, why I suffer and feel so bad. But one day, someday, he’ll make it plain. Someday when I his face shall see, someday from tears I shall be free, yes, someday I’ll understand.”

A reader recently asked me what song those lyrics Obadiah sings are from. They are a slightly revised version of “Some Day He’ll Make It Plain,” with words by Lida S. Leech and music by Adam Geibel. He wrote the melody in 1911 after his son-in-law died in a steel mill explosion. Be sure to check out this audio devotional from Joni Eareckson Tada, who shares a precious recording of her mom singing the hymn.

Photo by Brunel Johnson on Unsplash 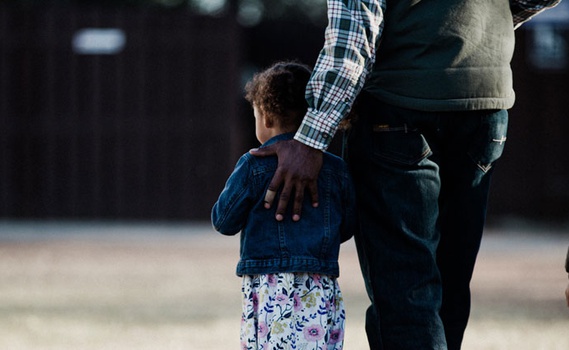 article August 10, 2022
As I’ve shared before, when I’m asked who my favorite character is from my novels, I always say Obadiah Abernathy from my novel Dominion. In this excerpt from the book, Obadiah shares memories with his family, and talks about black history. 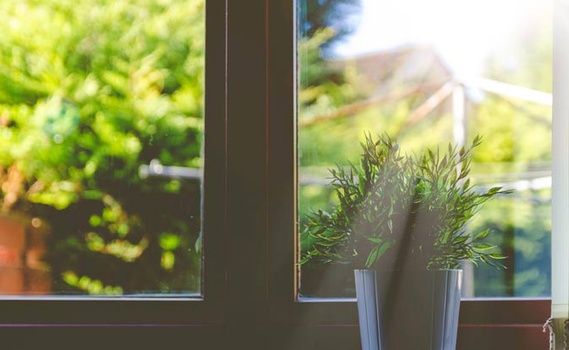 article May 25, 2011
When it comes to having perspective in this world, there are “look-at-ers” and there are “see-through-ers.” It was Norman Grubb who coined those terms, and he’s expressing the idea that you can look at something and just evaluate it on the surface, or you can look deeper. 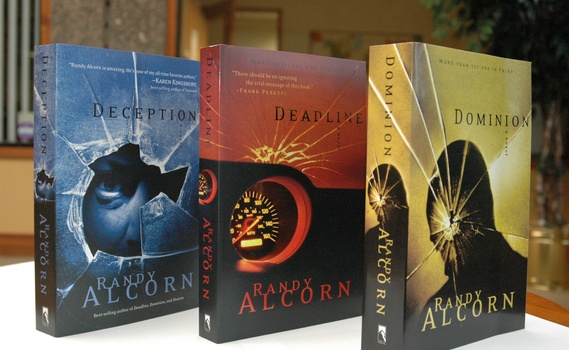 How Long Does It Take You to Create a Fictional Character?

article March 22, 2010
Minor characters come quickly, usually, as they may have only a few distinguishable features. You usually don’t need to develop them too much, though you can certainly make them memorable. Major characters are different, because they must be complex, with depth and substance. You don’t want them to disappear when they turn sideways. The bad guys must be in some ways sympathetic, the good guys must be flawed.
Invest in Eternity