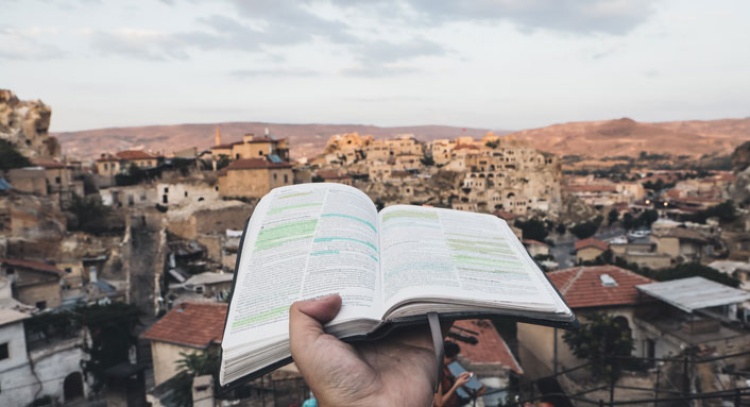 These days, it’s easy to become obsessed with everything that’s wrong with the world. We’re continually bombarded by “news” (which is sometimes more sensational than informative) that dwells on the sufferings and tragedies of life. This unceasing avalanche of bad news, as well as rampant political tribalism, suspicion, and critical opinions, can quickly bury what Scripture calls “the good news of happiness” (Isaiah 52:7) and “good news of great joy” (Luke 2:10). Sadly, what many people of differing worldviews in our culture have in common is extreme negativity!

In her article “A Big Bright Side,” Janie B. Cheaney writes:

Bad news is wide-screen. It manifests itself in trends, factions, wars, rising rates of … (drug abuse, dropouts, STDs, etc.). It wears big clumsy boots that stomp all over reasonable argument and heartfelt protest. The effects of bad news are immediate and obvious, even if we disagree about causes. …Good news is personal, small scale, and easy to overlook. The effects are slow and cumulative. …Good news may be lurking under our very noses while the smell of the bad overpowers us.

I don’t favor living in a cave, blissfully ignorant of the world’s woes and the suffering and difficulties around us. But Scripture tells us in Philippians 4:8, “Whatever is true, whatever is noble, whatever is right, whatever is pure, whatever is lovely, whatever is admirable—if anything is excellent or praiseworthy—think about such things.” Each of these qualities is true of Jesus. To purposely look for things that fit these qualifications, and think about them, is to recognize the Source of them and to be determined to give Jesus first place in our lives.

Along those same lines, I think this is a powerful letter from my friend Jim Green and his wife Nan. Jim is former executive director of the Jesus Film Project (I traveled with him in China while researching my novel Safely Home). This is an example of one of countless ministries that are doing great things for God worldwide—but that believers will not hear about if we just keep watching the news and don’t purposefully go to other and better sources.

Incredible things that God is doing!

By Jim and Nan Green

Today many American believers are at risk of being Fox News/CNN Christians. We tend to only hear bad news and have the impression that God is not doing anything.

But God is at work around the world building His Kingdom in incredible ways!

“The whole earth will acknowledge the LORD and return to him. All the families of the nations will bow down before him. For royal power belongs to the LORD. He rules all the nations” (Psalms 22:27-28, NLT).

“After this I looked and there before me was a great multitude that no one could count, from every nation, tribe, people and language, standing before the throne and in front of the Lamb” (Revelation 7:9-10, NIV).

Here are just a few things that God is doing—which doesn’t begin to cover all that He is doing through the body of Christ around the world.

The Jesus Film has just been translated into the 1,700th language! At least 1,500+ missions and denominations use the film in ministry. There have been more than:

107 million were exposed to Jesus via digital in 2017. Already in the first half of this year, there were 80 million digital exposures, not including Facebook or YouTube. 293,000 people per day in 230 countries are watching the Jesus Film library of films. 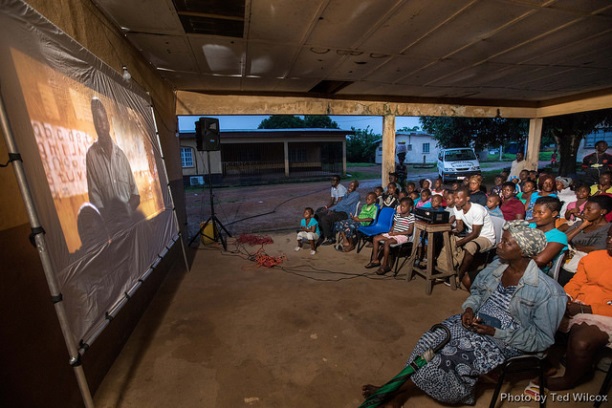 The Jesus Film is Partnering with 72 entities in the Global Alliance for Church Multiplication (GACX). The Goal: plant 5 million multiplying churches by 2020, 1 church for every 1,000 people in the world.

Muslims are coming to Christ as never before: 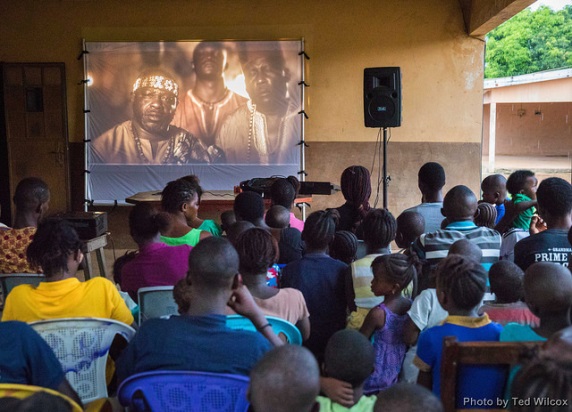 In Africa, workers are showing the Jesus Film one night and then showing one of the 5 segments of Walking With Jesus Africa the next 5 nights, and the seventh night planting a church. In one country, over 250+ churches have been planted.

Today we are seeing the prophecy in Isaiah come true: “In that day you will say: ‘Give praise to the Lord, proclaim his name; make known among the nations what he has done, and proclaim that his name is exalted. Sing to the Lord, for he has done glorious things; let this be known to all the world’” (Isaiah 12:4-5).

But there is still much to do! There are 5 billion people who yet need to hear about Jesus and how to know Him, and 964 people groups yet to be engaged and reached for Christ.

“He told them, ‘The harvest is plentiful, but the workers are few. Ask the Lord of the harvest, therefore, to send out workers into his harvest field’” (Luke 10:2).

Need more ideas of places to look for positive news and stories? I recommend starting with Ann Voskamp’s weekly feature on her blog called “Only the Good Stuff: Multivitamins for Your Weekend.” (Check out this recent one, which includes a touching video of a young girl receiving the news she’s been adopted.)

I also suggest connecting with some Christ-centered ministries and following their updates. (Our ministry recommends some excellent ones here.) To get you started, check out these encouraging stories from Prison Fellowship, a ministry working to bring hope and restoration to prisoners and their families. Or see these stories from Mercy Ships, a group that provides free lifesaving surgeries. I also encourage you to consider supporting and following your local pregnancy resource center. For example, here’s some stories and updates from First Image Portland, our local PRC. (You can find one in your area here.)

Let’s be encouraged about what God is doing in us and in the lives of our loved ones and friends, and around the world! And let’s share these positive things we hear about with others.

“A cheerful look brings joy to the heart, and good news gives health to the bones” (Proverbs 15:30, NIV).

Photo by Keenan Constance on Unsplash 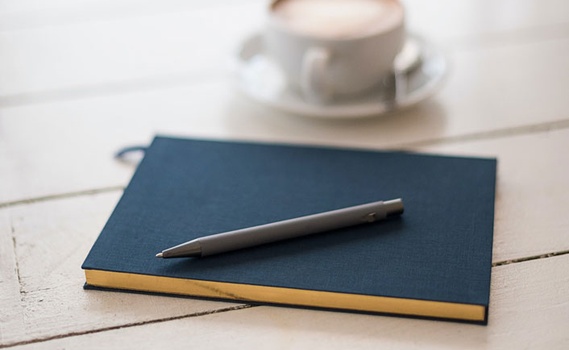 What Is God Teaching You in This Season of COVID? Part 1

article August 19, 2020
In this blog, our EPM staff and board members share what God has been teaching them in this challenging season. Terrific insights. I invite you to share what God is teaching you and what Scripture has been most meaningful to you by leaving a comment on my Facebook page! 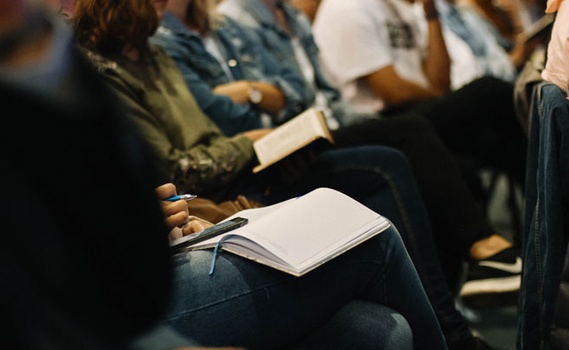 Looking for the Good in a World of Bad News: God at Work through His Church

article June 19, 2019
I appreciated this encouraging article by Daniel Ritchie about how God is at work through His church. As I shared in a blog post a few months back, God is doing great things worldwide using His people—but we won’t hear about them if we just keep watching the news or reading social media. 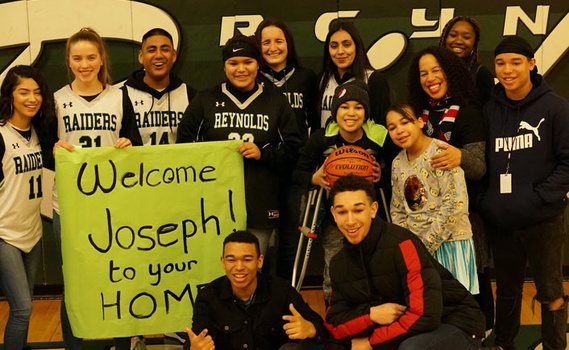 article February 18, 2019
Today’s blog is about a nonprofit that’s making a big difference in the lives of kids with medical needs, and also in the lives of youth in local schools.  I think you’ll be touched by reading about their work and seeing the pictures of a child who has been helped.
Invest in Eternity