When the Bible Conflicts with Our Culture 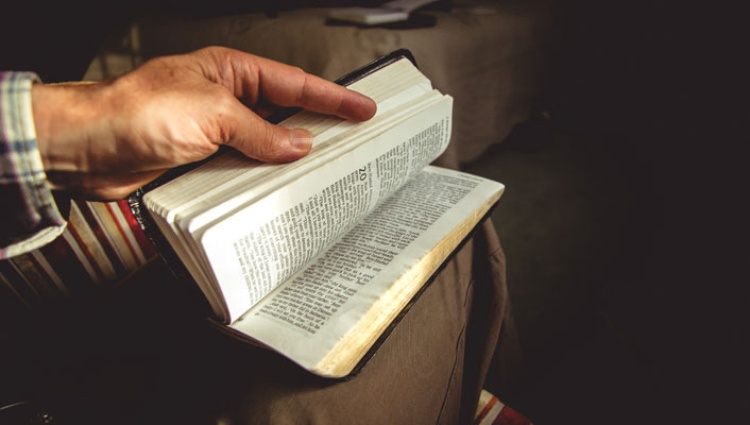 Here’s another great post from one of my sons-in-law, Dan Franklin, who’s married to my daughter Karina. (Make sure you don’t miss this video and article I shared from him recently, about The Problem with “Speak Your Truth.”) While I admit I am biased about not only my daughters but about both my sons-in-law, in my opinion this is really great teaching. You can read the transcript below, or watch and listen to what Dan has to say. —Randy Alcorn

What do we do when something taught in the Bible comes into direct conflict with a deeply-held cultural value? This is a question that Christians have always had to wrestle with, and it is certainly a challenging question for Christians today. For example, what do we do with the teaching of the Bible is that sex outside of marriage is wrong, and yet our culture embraces the value of sexual freedom and casual sex?

Or, what do we do when the teaching of the Bible is that only those who embrace Jesus are saved, and yet we live in a culture that celebrates a pluralistic view of religion and faith?

Those who argue that there are parts of the Bible that, while perhaps good and helpful when they were written, are no longer good and helpful today, normally use two basic arguments for their position. The rest of this post will explore these two arguments.

#1: There Are Already Parts of the Bible that Christians Now Ignore

Some will say, “What is the problem with saying that we should ignore the Bible’s teaching about homosexuality? After all, there are already many other parts of the Bible that we ignore?” Now, some might simply mean that we no longer follow many of the laws for the Israelites in the Old Testament. While it is true that we no longer observe these laws, it is not because we have become more enlightened and moved beyond them. It is because Jesus came to fulfill these laws, and so their usefulness has run its course.

Others, though, when they argue this will give the example of slavery. The reason goes, “The Bible endorsed dehumanization through slavery, and yet now we reject this. So now we will also reject the dehumanization of saying that there is anything wrong with homosexuality.”  While this may seem like a strong point on the surface, it ignores some important qualifiers.

First of all, in the Bible slavery is not commanded, but assumed. It is certainly true that there is no outright condemnation of the institution of slavery, but slavery was not invented by the Bible. Much like polygamy, slavery simply shows up and is tolerated. And while neither is condemned, negative fallout surround both of these realities.

Second of all, not all slavery is exactly the same. One of the reasons why many of us are baffled that the Bible does not condemn slavery is that we tend to think of slavery through the lens of how it was practiced in the United States. In his book Every Good Endeavor, Tim Keller gives some helpful insight into this issue. He writes, “In the ancient world there were many ‘slaveries.’ There is good evidence that much of slavery was very harsh and brutal, but there is also lots of evidence that many slaves were not treated like African slaves would be, but lived normal lives and were paid the going wage, but were not allowed to quit or change employers, and were in slavery an average of ten years.”

He continues, “To our surprise, slaves could own slaves, and many slaves were doctors, professors, administrators, and civil servants. (See Andrew T. Lincoln’s discussion of ancient slavery in his Word commentary on Ephesians, 415-420.) In his survey, Lincoln says that no one in ancient times could conceive of an economic or labor structure without it. While there were brutal forms of slavery, the concept—indentured labor in which the laborer was not free to market his skills to other employers—was considered a given. Quoting another scholar, he writes that this was not accepted, ‘one cannot correctly speak of the slave “problem” in antiquity’ (Lincoln quoting Westerman, 415.) In other words, no one—not even slaves—thought the whole institution should be abolished.”

This picture of slavery is very different than the U.S. form, which involved kidnapping and race-based slavery. In fact, the kidnapping form of slavery is condemned in the Old Testament. While we may wish today that the biblical authors condemned slavery, much of our desire for this is born out of a much more recent definition of slavery.

On top of all of this, the abolition of slavery did not come about through people saying, “The Bible has taught us to do this, but let’s move on to a more enlightened view of the world.” Abolition came when Bible-believing Christians pointed toward the teachings of Scripture in order to advocate for the end of the institution. They claimed that an institution based on kidnapping, racism, and oppression could never be squared with the biblical teaching that all human beings are created in God’s image.

#2: The Bible Simply Reflects the Viewpoint of Its Time

Some will argue that we should ignore certain teachings in the Bible because these teachings are simply reflections of what people believed during the time when it was written. For example, they claim, the reason why homosexual activity is not allowed and why male headship is taught is because people in those times simply thought homosexuality was distasteful and they believed that men were superior to women.

In some ways, this argument can seem appealing. After all, we are all influenced by the values of the times in which we live. A quick note, though. If we are rejecting the time-bound values of the Bible because we now have new values, how do we know that ours aren’t time-bound? In fact, how do we know that our culture’s values are not even worse? These are questions worth pondering.

But to claim that the Bible simply reflects the viewpoints of its time is to misunderstand the Bible entirely. Far from simply being a product of its time, the teachings of the Bible consistently confront readers with counter-cultural messages. Even the creation narrative itself stands in contrasts to other ancient creation myths.

While other nations believed that the world was created through a battle between many different gods, the Bible teaches that the world is a good creation from the one and only God. On top of this, Israel was not told simply to blend in with the other surrounding nations. Quite the opposite! They were given commands that led them to stand out as a peculiar people.

Jesus himself is subversive to his culture throughout his life, but especially in the Sermon on the Mount. He rebukes the practices of his time. And he does this not by casting the Bible aside, but by pointing people to not only the letter of the law but the spirit of it.

The central teaching of the Bible is the gospel of Jesus. In 1 Corinthians 1:22-25 Paul says this about the gospel: “Jews demand signs and Greeks look for wisdom, but we preach Christ crucified: a stumbling block of Jews and foolishness to Gentiles, but to those whom God has called, both Jews and Greeks, Christ the power of God and the wisdom of God. For the foolishness of God is wiser than human wisdom, and the weakness of God is stronger than human strength.”

The truth is that the Bible has always confronted culture. The Bible is not anti-culture. But God’s teachings through Scripture are meant to confront every one of us and to call us to a new way of thinking, experiencing, and living. The goal was never to make us comfortable with its teachings. The goal was to set our assumptions up against what God says and then to let us decide if we will embrace our cultural values or God’s revealed values.

2 Timothy 3:16 says, “All Scripture is God-breathed and is useful for teaching, rebuking, correcting and training in righteousness.” The question before all of us is this: Will we allow the Bible to rebuke us? Will we allow God, through Scripture, to correct us?

When we elevate our cultural values above the straightforward teachings of Scripture it is a way of us saying to God, “I will adopt what you say only whenever you agree with what I already think.” However, when we allow Scripture to rebuke us, we say to God, “I trust that you are wiser than I am, and I will willing to embrace a message that seems foolish to many because I believe that your wisdom will be vindicated in the end.” 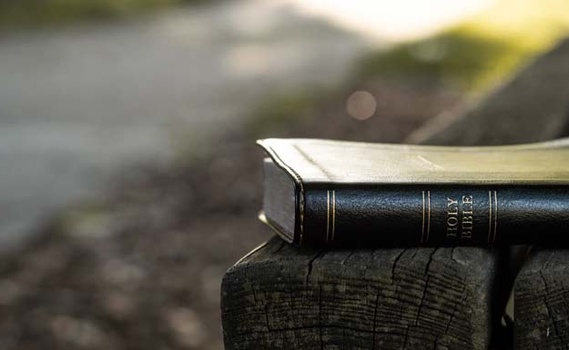 article August 8, 2018
As people respond to my books, ask questions, and state opinions through emails and social media, I’m struck with how many say they believe the Bible, but their interpretations are so out of line with credible biblical meanings that their profession of confidence in Scripture becomes meaningless, and even dangerous. 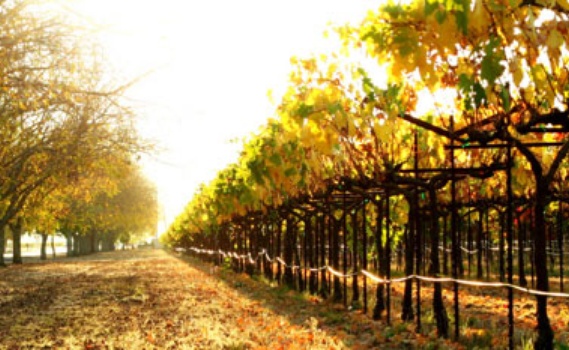