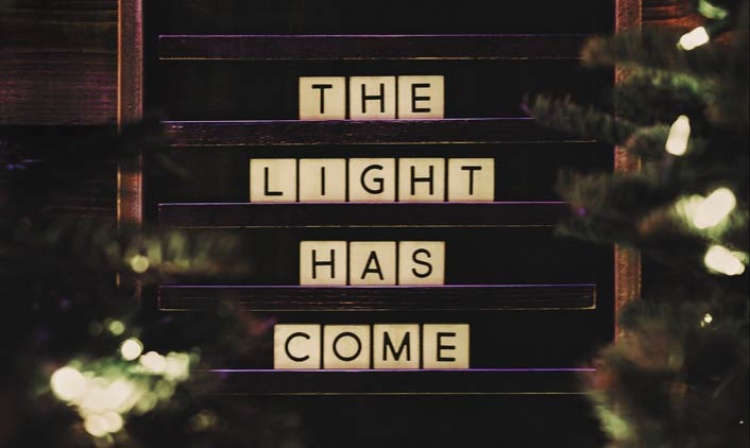 God is the Great Storyteller. With grand artistry, He brings forth a beautiful world in a spectacular universe. As the culmination of His creativity, He fashions Adam and Eve. He could have shielded them from Satan’s temptations, warding off evil, suffering and humanity’s curse. But He didn’t. So the man and woman rebel against God, and evil enters the world.

Thousands of years go by as humanity’s struggle intensifies. God promises a Redeemer, and with eagerness His people look for one to come forth triumphantly, overthrowing their enemies and set­ting up His kingdom. But the centuries pass without the Redeemer’s appearance.

In a fantastic plot twist, God’s son becomes a baby. He grows up to be a humble carpen­ter, heals the sick, raises the dead, and allows His enemies to kill Him, all to redeem the people He loves. He rises from the dead, commands and empowers His followers to serve Him, then leaves but promises to return. With the force of His resurrection to back it up, He reiterates the promise: one day He’ll make all things right and will come to live forever with His people.

God wrote the script of this drama of redemption long before Satan, demons, Adam and Eve—and you and I—took the stage. And from the beginning, He knew that the utterly spectacular ending would make the dark middle worth it. Paul writes, “This grace was given us in Christ Jesus before the beginning of time” (2 Timothy 1:9). How could God give us grace before our lives began, even before the universe existed? Only because God knew and determined in advance the work of Christ on the Cross.

Eden’s greatest attraction was God’s presence. Sin’s greatest tragedy was that God no longer dwelt with His people. But this all changed and John 1:1 sets it up: “In the beginning was the Word and the Word was with God, and the Word was God.” And then comes this verse that bursts forth like fireworks: “The Word became flesh and made his dwelling among us. We have seen his glory, the glory of the one and only Son, who came from the Father, full of grace and truth” (John 1:14).

The God who lives in unapproachable light became approachable in the person of Jesus! People could look at Jesus and see God. He is Immanuel, “God with us.” And He is not only all about truth, He is all about grace—a grace that delivers us from the Hell we deserve and grants us the Heaven we don’t deserve!

The miracle of the Cross was made possible by the miracle of the Incarnation. The angels must have been stunned to see the second member of the triune God descend to Earth and become a human being. The baby born in that Bethlehem barn was God, and He was born to die. His death delivers us from Hell at our death, and therefore delivers us from the fear of death. His suffering on the cross atoned for our sins, but His suffering, tests, and temptations allowed Him to understand, empathize and help us.

God’s love comes to us soaked in divine blood. One look at Jesus—His incarnation and redemption He provided—should silence the argument that God has withdrawn to some far corner of the universe where He keeps His hands clean, maintaining His distance from human suffering. God doesn’t merely empathize with our sufferings. He actually suffers. Jesus is God. What Jesus suffered, God suffered. Christ’s incarnation and atonement provide the ultimate demonstration of love.

David says, “One thing I ask of the Lord, this is what I seek: that I may dwell in the house of the Lord all the days of my life, to gaze upon the beauty of the Lord and to seek him in his temple” (Psalm 27:4). David was preoccupied with God’s person and God’s place. He longed to be where God was and to gaze on His beauty. To see God’s face is to behold His beauty.

Because of the incarnation we get to be with Jesus today, but we’ll also be with Him in a fuller sense on the New Heavens and New Earth. When Jesus returns, conquers sin and death, makes all things right, and sets up His Kingdom here on earth, we’ll get to be in His presence forever. This is emphatically promised in Revelation 21:4.

God has His hands on the earth. He won’t let go—even when it required that His hands be pierced by nails. Both His incarnation and those nails secured Him to Earth and its eternal future.

In a redemptive work far greater than most imagine, Christ bought and paid for our future and the earth’s—an unending future where we will dwell with the Word who became flesh.

Photo by Tim Mossholder on Unsplash 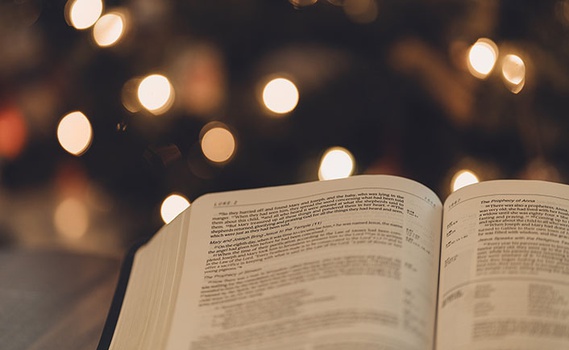 What Child Is This?

article December 7, 2022
The angels must have been stunned to see the second member of the triune God become a human being! The baby of Bethlehem was Creator of the universe, pitching His tent on the humble camping ground of our little planet. God’s glory now dwelt in Christ. He was the Holy of holies. People had only to look at Jesus to see God. 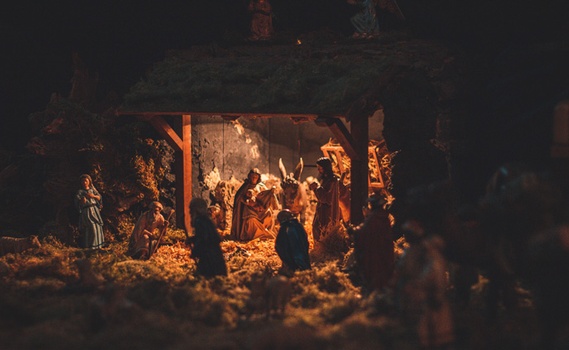 Jesus, the God Who Comes Near

article December 3, 2021
These reflections on the coming of Jesus are from my book Face to Face with Jesus.  As you read them this Christmas season, contemplate what amazing grace God showed to us by inhabiting space and time as a human being. 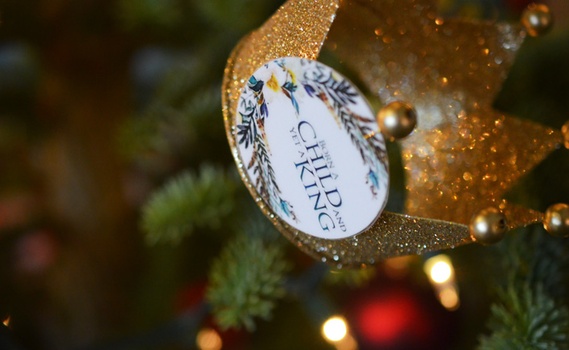 video December 23, 2020
Jesus lived under the curse and was subject to human sufferings. He sympathizes with our weaknesses and became subject to them—including the exhaustion, the weariness, the sadness.
Invest in Eternity