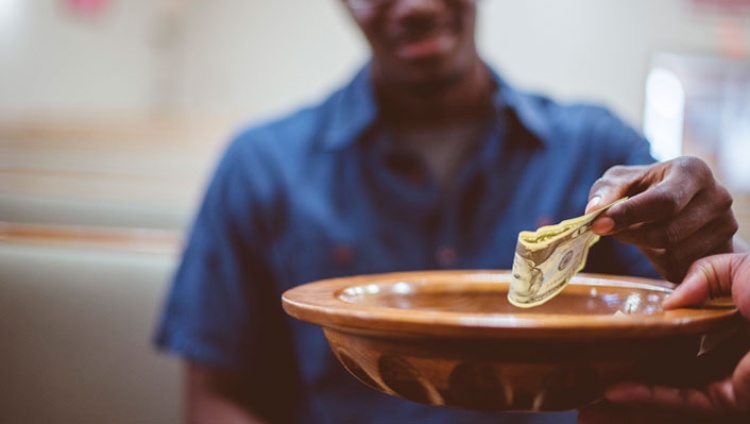 I first became aware of tithing as a teenager when my pastor preached on the importance of supporting the local congregation. His sermon drew on Galatians 6:6: “Anyone who receives instruction in the word must share all good things with his instructor.”

As a new believer, I was already giving significantly beyond 10 percent to world missions and organizations working with suffering Christians. However, what I determined to do at that point was to give 10 percent to the church. I then sensed a vested interest in my church. By that time I understood what Jesus was saying in Matthew 6:19–21, in terms of storing up for ourselves treasures in Heaven, and when you give to something, where your treasure is, there will your heart be also.

Even back then I was compelled to study and research. It became clear that, as a New Testament follower of Christ, in the most affluent society in human history, there’s no way I could ever justify giving less than 10 percent when God had required that of the poorest Israelite. I knew the grace of Jesus. Why would I not give more? It seemed like a good starting place. I wouldn’t have articulated it that way, but looking back, I think that really was what I was experiencing.

I’ve had the privilege of interviewing many givers. In the great majority of cases they mention how tithing first stretched them to give more. They tithed and watched God provide and move their hearts deeper into His kingdom. Now, years later, some of them are giving away 50, 80, or even 95 percent of their incomes! But it was tithing that set them on the road to giving. So while we need not view it as mandatory, the experiences of countless believers show that good has come out of many who start by tithing, or something in that ballpark (if 10% makes you feel legalistic, why not try 11 or 12%?).

Yes, sadly, there are some Christians who see tithing as the pinnacle of stewardship, instead of the starting place. Hearing some people talk, you’d think it was this extraordinary act of sacrifice and devotion that only great saints would actually give 10 percent.

People talk about Old Testament giving versus New Testament giving, and one of the greatest misconceptions is that the Old Testament was all about the tithe and required giving, and New Testament is all about free-will giving. In fact, the Old Testament is full of not just tithes, but also free-will offerings. It refers to them again and again, including in Malachi 3:8 where those who rob God are said not just to be withholding tithes but offerings—freewill offerings! “Should people cheat God? Yet you have cheated me! But you ask, ‘What do you mean? When did we ever cheat you?’ You have cheated me of the tithes and offerings due to me” (NLT).

So to those who say all New Testament offerings are freewill, I say fine. My question is, even if we’re convinced tithing is an antiquated practice that doesn’t apply to New Testament believers, if Old Testament saints could rob God by withholding freewill offerings, can’t we do the same? If not, why not?

When I’ve heard such a large number of people testify to how tithing set them on the road to life-altering generosity, it’s hard for me to understand the extreme animosity some have toward this practice (entire websites and “ministries” are devoted to opposing tithing and accusing everyone of legalism who’s ever practiced it). Yes, tithing has sometimes been abused, and it never makes anyone acceptable to God, but let’s not throw out the baby of tithing with the bathwater of legalism!

A remarkable number of people—and I’ve had long conversations with many of them—give absolutely nothing and view the tithe as a legalistic Old Testament thing. To give a tithe would be, to them, like offering an animal sacrifice. It would be ungodly to do it. And of course, they look around and point to people who are into tithing as legalism. And there are people, absolutely, into tithing as legalism. And I’m completely against that.

What I always say to people is that if you take the standard of 10 percent and say God required it of the poorest people in Old Testament Israel, and now that we’re under the grace of Jesus and have the indwelling Holy Spirit and live in this incredibly affluent culture, do you think He would expect less of us? Does God still have expectations of New Testament people? Clearly He does. In fact, Jesus’ message is, “You have heard that it was said…, but I say to you….” And then what does He do each time? He raises the bar! For example, consider Matthew 5:27–28, where Jesus said, “You’ve heard that it was said, ‘do not commit adultery.’ I say don’t look at a woman with lust.”

New Testament giving—Acts 2 and Acts 4 are very explicit on this—is a contagious liquidation of assets and giving to those in need. How far beyond 10 percent was that? That was taking an already existing asset, liquidating it, and giving the entire thing away. That’s giving away 100 percent of that asset, not 100 percent of your income. They gave away what many Christians today, in equivalent terms, might give away over a lifetime, and many would not even give that much.

I view tithing as a child’s first steps—not the best she’ll ever do, but simply a good beginning, one which her parents celebrate. Tithing is like the training wheels on the bicycle of giving. The point of putting on training wheels is actually to get you up and going to learn how to ride a bike. I think for many Christians tithing can be a good thing, in that it gets them going on the path of giving in a disciplined way that has some objectivity to it that is measurable.

Yes, I’m well aware that I will get many complaints from people who say I’m a legalistic for even suggesting people consider starting their giving where God started His Old Testament people, with the tithe. No matter what else I say, they will respond that I’m a legalistic and I’m calling for people to live under the law, not grace. But I will say what I’ve said nonetheless, suggesting that just because something is an Old Testament practice does not mean it has no possible value for some people today. If that value is just to get us started with giving, well, then, so be it. Better that than to never get started at all, like many who call no giving or minimal giving “grace giving.” (Odd that the average giving level of American Christians, who apparently practice “grace giving,” is one fourth of what was required under the law of not just the wealthy, but the poor.)

God’s goal is that your life would be lived by the grace of Jesus. Look at 2 Corinthians 8 and 9, the longest New Testament passage on giving, and study that passage and meditate on it. That’s separate from the tithing issue. If you actually capture the spirit of 2 Corinthians 8 and 9 and it becomes a reality in your life, you can forget about tithing. Why? Because you will surpass it in ways that make it seem like nothing but the starting point it is.

May you not be obsessed with tithing, or feel self-righteous about tithing, or be under bondage to tithing, or attack tithing as evil. May you simply be grateful that God got you started, whether at 9 or 10 or 11% or any other level, on the lifelong adventure of generous giving. 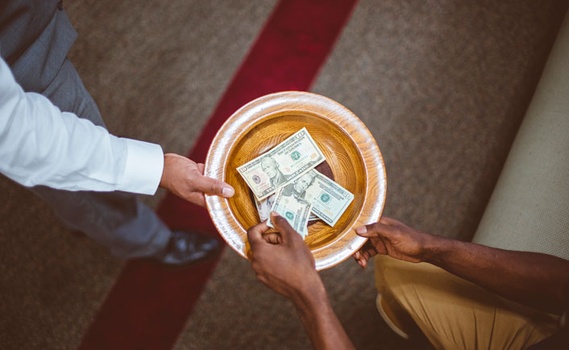 Thoughts About Malachi 3:10 and Luke 6:38, and Why God Made These Promises about Giving

article March 4, 2019
When God’s people were robbing Him by withholding tithes and offerings, He said, “Test me in this…and see if I will not throw open the floodgates of heaven and pour out so much blessing that you will not have room enough for it” (Malachi 3:10). 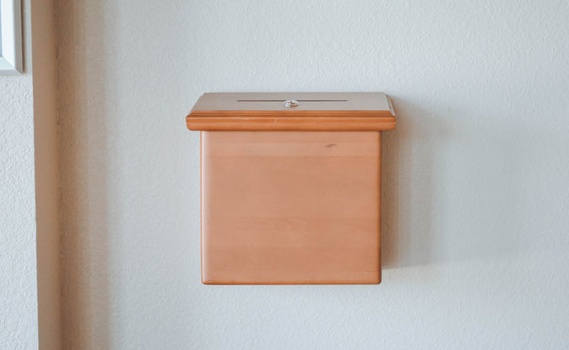 article October 1, 2009
I have mixed feelings on tithing. I detest legalism. I certainly don’t want to pour new wine into old wineskins, imposing superseded first covenant restrictions on Christians. However, the fact is that every New Testament example of giving goes beyond the tithe. 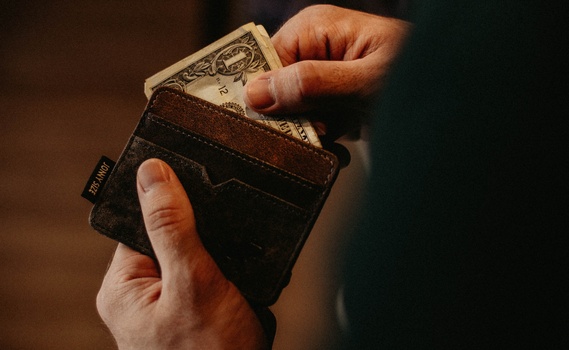 As a New Testament Christian, Is Tithing Required?

audio July 23, 2018
Randy Alcorn was interviewed on his updated book The Treasure Principle. In this audio clip, Randy talks about tithing as a New Testament Christian.
Invest in Eternity