An Eternal Perspective on Persecution and Loss, and an Update on Gladys and Esther Staines 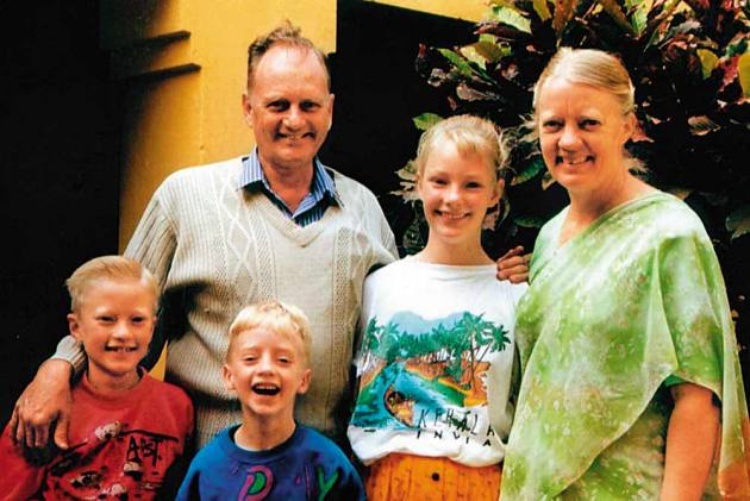 Last Sunday, November 3, was the International Day of Prayer for the Persecuted Church. But there are still plenty of opportunities this month to highlight the plight of our persecuted brothers and sisters around the world and spend time interceding for them. (Open Doors USA offers some free resources.)

Supporting organizations that work with persecuted believers has always been a focus of EPM. Those who are familiar with my books know that I wrote my novel Safely Home to open readers’ eyes to the persecution that Christians in many places face, and to encourage them to consider how they can help their brothers and sisters worldwide.

Though the book was first published in 2001, the subject of persecution is as timely as ever. I still hear people mention the dedication of Safely Home to the Staines family. Their commitment to Christ and their eternal perspective concerning their loved ones was a great example, and it was a privilege to dedicate my book to this wonderful family:

To Graham Staines, who left his home in Australia to serve lepers in India for thirty-four years.

To Philip Staines (age ten) and Timothy Staines (age six), who at half past midnight on January 23, 1999, as their father held his arms around them, were burned to death by a mob in India; murdered because of Whom they knew and served.

To Gladys Staines, who said to all India, “I am not bitter or angry. I have one great desire: that each citizen of this country should establish a personal relationship with Jesus Christ, who gave His life for their sins.”

To Esther Staines, Graham and Gladys’s daughter (then age thirteen), who said, “I praise the Lord that He found my father worthy to die for Him.”

To the hundreds of men, women, and children killed for Christ each day, ignored by the world but watched by the eyes of Heaven—those of whom the world is not worthy. 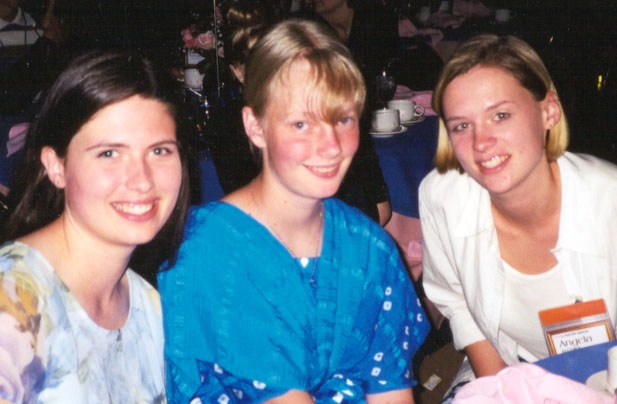 I met Gladys Staines and her daughter Esther in 2000 at a JESUS Film conference, just sixteen months after Graham, Philip, and Timothy were murdered. Nanci and I and our daughters had dinner with them one night and got to know them through various conversations (in the photo that’s our daughters Karina and Angela, with Esther in the middle). We were so moved by their Christlike response to this tragedy, which appeared on the front page of every newspaper in India.

“I have only one message for the people of India,” Gladys said. Then she stunned the nation by saying, “I’m not bitter. Neither am I angry. But I have one great desire: That each citizen of this country should establish a personal relationship with Jesus Christ who gave his life for their sins.… Let us burn hatred and spread the flame of Christ’s love. My husband and our children have sacrificed their lives for this nation; India is my home. I hope to be here and continue to serve the needy.”

At the funeral, masses of people filled the streets—Hindus, Muslims, and Christians—to show respect for the Staines family and demonstrate solidarity against the killers.

After Gladys and Esther spoke at the conference where we met them, an Indian national leader told us about the impact of their response to the murders. He said the people of India asked, “Why would a man leave his wealthy country and serve lepers in India for thirty-four years? Why would his wife and daughter forgive the killers of their family? Why would they choose to stay and serve the poor? Who is this God they believe in? Could it be that all we’ve been told about Christians have been lies? Could it be that Jesus really is the truth?” He stated that many Hindus had come to faith in Christ through their witness.

The Staines family carried on a long tradition of God’s people:

Others were tortured and refused to be released, so that they might gain a better resurrection. Some faced jeers and flogging, while still others were chained and put in prison. They were stoned; they were sawed in two; they were put to death by the sword. They went about in sheepskins and goatskins, destitute, persecuted and mistreated—the world was not worthy of them. (Hebrews 11:35–38) 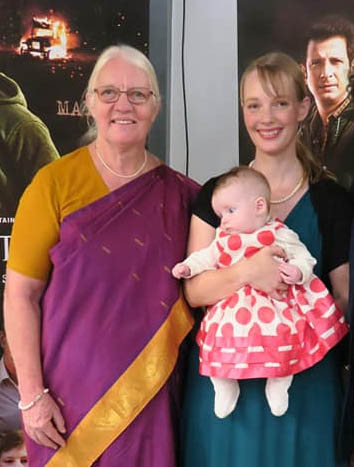 I recently had the joy of hearing from Gladys. Though she now lives in Australia, she wrote, “The work is still continuing in some manner including the Mayurbhanj Leprosy Home. Praise God.”

Gladys also shared that Esther completed her medical studies, married a Christian man who is a medical practitioner, and is now a full-time mom to four children, ranging from under one year to seven years. Gladys lives nearby and sees them often.

In an interview done five years ago, Gladys shared this when asked how things have been for her and Esther:

It has certainly been with God’s help that we continued and have been able to stay close to Him. I never held malice towards anyone; but it was God who helped us and sustained us. The prayers of people… especially the people of India, have been our greatest strength. God has enabled us to go forward and continue to live for Him. My daughter is a great blessing to me. It must have been very traumatic for her 13-year-old mind to have undergone such a catastrophic incident so early in life. She was not angry with God. On the contrary, she remained close to God and maintained a very personal relationship with Him and never wavered in her faith.

… As a family, we gave our lives for His purpose, and this is how He wanted it. The Bible teaches us about forgiveness in small and big situations, and I have looked back onto my life later, after that incident. It was the Lord who enabled me to look into the bigger things in life and to forgive. Not that I always did so perfectly, but I am at peace.

Earlier this year, the movie “The Least of These” was released, telling the Staines’ story and commemorating the 20th anniversary of Graham, Philip, and Timothy’s deaths. It was done in consultation with Gladys, and some of the film’s proceeds will be given to the mission home in Mayurbhanj. Here’s the trailer:

Now I want you to know, brothers, that what has happened to me has really served to advance the gospel. As a result, it has become clear throughout the whole palace guard and to everyone else that I am in chains for Christ. Because of my chains, most of the brothers in the Lord have been encouraged to speak the word of God more courageously and fearlessly. (Philippians 1:12-14).

Blessed are those who are persecuted because of righteousness, for theirs is the kingdom of heaven. (Matthew 5:10)

Credit for photo of Gladys and Esther 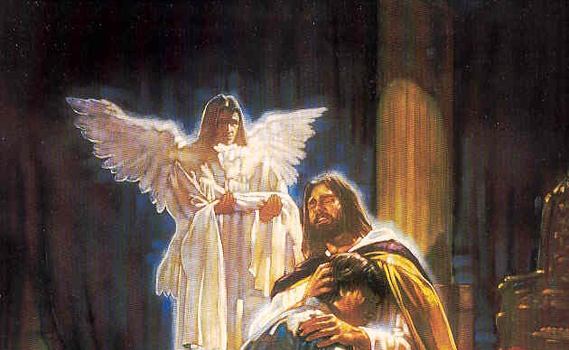 article March 22, 2010
Ways to pray for our persecuted brothers and sisters in Christ. 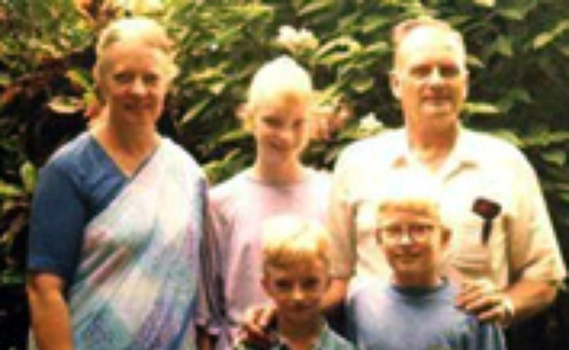 article June 8, 2008
On January 23rd of 1999, Graham and his two sons, Phillip (11 yrs.) and Timothy (6 yrs.) were murdered by a large mob of militant Hindus. They had gone to a Christian camp in the jungle, where Graham was ministering. At midnight the mob attacked, setting fire to the jeep in which Graham and his sons were sleeping. They were burned alive. When the fire finally cooled, they found the charred body of Graham Staines with his arms around the bodies of his sons.
Invest in Eternity