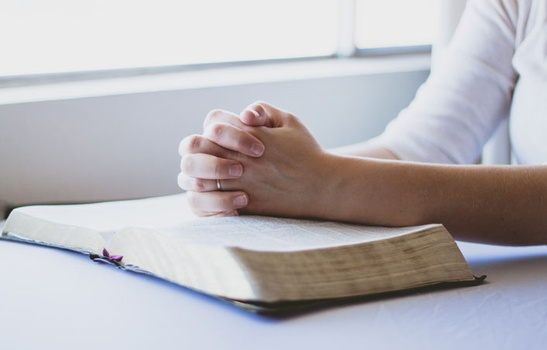 Many years ago, when we spoke at the same prolife event, I met and conversed with former abortionist Bernard Nathanson (1926-2011). At the time he still had no faith in God, though he later became a Catholic. Dr. Nathanson was a cofounder of what is now the National Abortion Rights Action League (NARAL). He owned and operated what was at the time the largest abortion clinic in the western hemisphere and was directly involved in over sixty thousand abortions.

Dr. Nathanson’s study of developments in the science of fetology and his use of ultrasound to observe the unborn child in the womb led him to the conclusion that he had made a horrible mistake. He wrote Aborting America to inform the public of the realities behind the abortion rights movement of which he had been a primary leader. I refer to Dr. Nathanson often in my prolife books—for instance, in Why ProLife? under the section “Is Abortion Really a Women’s Rights Issue?”

There are countless physicians and “abortion providers” whose eyes are now open to the truth. Dr. Haywood Robinson, who performed hundreds of abortions, has become a Christian and is now the director of medical affairs and education for prolife group 40 Days for Life. He recently shared his story in a podcast, which is well worth listening to.

Prolife advocate Abby Johnson is a former Planned Parenthood clinic director who had a spiritual conversion and left the abortion industry. (Her story was told in the 2019 movie Unplanned.) She heads up the ministry And Then There Were None, which to date has helped almost 500 workers leave the abortion industry and find hope and healing.

Besides Nathanson, I got to know another physician who used to perform abortions and joined us in peaceful nonviolent civil disobedience at abortion clinics nearly twenty years ago. I also got to know Dr. Beverley McMillan and her husband Roy, a delightful couple.  Beverly said,

I wanted to be the world’s best abortionist, for the good of my patients. If I was going to do this, I was going to do it right. So, after I met each patient, reviewed the medical information gathered by my nurse, examined the patient and performed the abortion, I would then carefully sift through the remains to be sure all the parts were accounted for. I had to find four extremities (two arms and two legs) a spine, a skull, and the placenta, or my patient would suffer later from an incomplete abortion...My attention was so focused on my perceived patient that I managed to deny that there were, in fact, two patients involved—the expectant mother and a very small child...I had to wonder, how can having a child be so wrong for some people that they will pay me to end its life?

When asked why she stopped performing abortions, Dr. McMillan’s simple answer was, “I got to where I couldn’t stand to look at the little bodies anymore.”

Our friend Carol Everett was director of four Dallas abortion clinics, and owner of two. She was responsible for the clinics’ daily operation and knows the abortion industry inside out. She had an abortion soon after it became legal in 1973, and now speaks out about the ugliness she saw and was part of in the abortion industry. I also know a former prochoice nurse who was converted to a prolife position after seeing premature babies being frantically saved by a medical team in one room, while down the hall, babies the same age were being aborted.

Abortion clinic workers may cover twinges of conscience with flippancy, apparent indifference, or morbid joking about their profession. Beneath this veneer, however, they often suffer guilt, which manifests itself in destructive behavior. Bernard Nathanson said doctors in his own clinic suffered from nightmares, alcoholism, drug abuse, and family problems leading to divorce. Carol Everett told me the same was true in her clinics. These people desperately need to hear the good news about Jesus and the hope and forgiveness He offers. No sin is beyond the reach of God’s grace.

In their article “A New Calling,” WORLD News shares the story of former abortionist Dr. Anthony Levatino, who performed nearly 1,200 first- and second-trimester abortions, but stopped after a personal tragedy made him realize he was killing other people’s sons and daughters. He and his wife joined a prolife evangelical church and found Jesus, and he has become an outspoken prolife advocate. I was struck by this part of his story:

A pastor reminded him God had used many people in Levatino’s life to bring him to salvation. Levatino sought out a woman who for seven years delivered a “Jesus loves you” message to him while he was still doing abortions. He thanked her for those messages, told her about his change, and found out she used to picket his office, praying for him.

This woman’s faithful prayers and her acts of love made a profound difference in Dr. Levatino’s life, and ultimately, the lives of countless other unborn children. That’s why I believe that if the darkness of child-killing is to be overcome with the light of truth and compassion, it will require spiritual warfare, fought with humble and consistent prayer (Ephesians 6:10–20). Prayer isn’t passive, it’s active. It’s really doing something! (Life Matters Worldwide has put together some helpful ideas on how to pray to end abortion, including praying for abortion workers.)

My former assistant and EPM board member Kathy Norquist has been involved with standing on the sidewalk in front of the largest abortion clinic in Oregon. This group goes in love and compassion, not anger and judgment, to pray, hold signs and offer help and resources to women and men entering the clinic.

She writes, “I wonder what would happen if people showed up in droves to simply stand and pray outside all the abortion clinics in America. Just the sheer numbers alone would save lives because light shines brightly in the darkness.” (See this information from the ProLife Action League, encouraging people to consider spending one hour each month in prayer at an abortion facility.)

One clarification: I have heard people say that instead of making all kinds of other efforts to stop abortion, we should just pray for abortionists. My belief is that we should pray for them...and meanwhile do what we can to advocate for the unborn and end abortion. We dare not simply pray and wait for all abortionists to repent. There is no contradiction between prayer for those committing unjust acts and decisively working to prevent further injustice. Both are spiritual acts.

So, while not stopping our efforts to change people’s minds and hearts and advocate for unborn children, let’s not forget to earnestly pray in faith, believing our prayers are making an eternal difference for those in the abortion industry and for mothers who are considering or have had abortions. Sometimes God will give us glimpses of how He has used those prayers in powerful ways. But we also anticipate Heaven, where we’ll learn God’s breath-taking answers to our prayers, including many that at the time seemed unheard and ignored.

Image by reenablack from Pixabay