Thoughts on Choosing a College, as Seen from Our Enemy’s Perspective 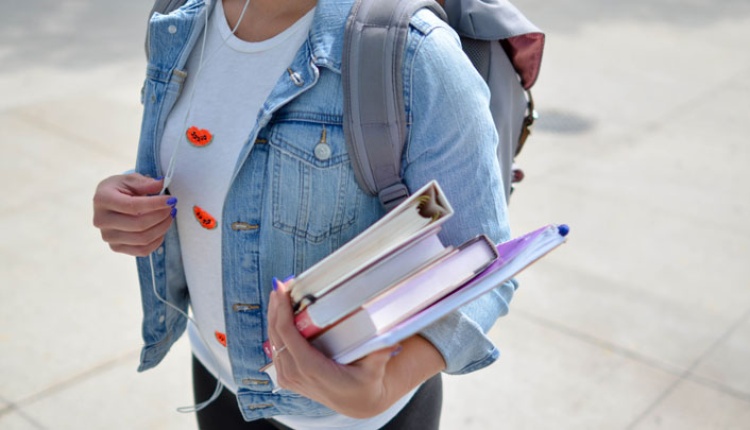 In this excerpt from my book Lord Foulgrin’s Letters, a high-ranking demon instructs his subordinate how to deceive and destroy Jordan Fletcher and his family—in this case, when it comes to their choosing a college for their daughter Jillian.

With many families preparing to send their kids off to college this fall, this might be timely and thought-provoking. Keep in mind as you read that this is written from a demon’s perspective, so while Satan is our enemy, in the post below “Enemy” refers to God. As A.W. Tozer put it, “Sometimes the best way to see a thing is to look at its opposite.”

If you’re interested, I share more thoughts on choosing a college (not written from a demon’s perspective!) in this article.  I highly recommend every parent read, and then discuss with their kids, J. Budziszewski's book How to Stay Christian in College and University of Destruction: Your Game Plan For Spiritual Victory on Campus by David Wheaton.

You say that Fletcher and his daughter are looking into which college she should attend, and you want to know the best choice?

Really, Squaltaint, that’s the sort of question I’d expect them to ask. As always, that choice is best which draws them farthest from the Enemy.

The one thing you don’t want is for her to go to a college that will reinforce her newly forming trust in the forbidden Book. Fortunately, at the vast majority of colleges there’s no danger whatsoever of this happening.

Nearly all these colleges were originally established to train young minds in the forbidden Book and to integrate a Christian worldview into every subject area. They were once among our most formidable enemies. If you can imagine, at one time we actually fought to keep young vermin away from universities!

Tyrant, Carpenter, and Ghost have little chance against our surrogate trinity of Darwin, Freud, and Marx. We teach them they are accidents and animals (biology); good people who need only to get in touch with their inner feelings and find out who to blame for their problems (psychology); bit players in the large machinery where diversity reigns and no belief should have preference over any other (sociology).

My favorite word on campus is whatever. Whatever they want to believe, they can, and whatever anyone else believes they have no right to challenge. Except Christian beliefs, of course, since they contradict the status quo. Remember your college ABCs: Anything But Christianity.

Send her off to most colleges and her faith will quickly unravel. She’ll no longer have her parents’ guidelines or the peer pressure toward obeying the Enemy offered by her church and youth group. Instead she’ll experience a rush of independence in an atmosphere where students routinely experiment with everything from drugs to sex to New Age and Eastern religions, where any appeal to morality is debunked as intolerance.

Jillian’s dossier shows her to be bright. (By vermin standards, I mean—of course, they’re all imbeciles.) Hence she has potential to serve us effectively, with the added bonus of breaking the hearts of her parents. According to your report, her counselor is urging her toward one of the brand name universities. Very good—those are our most secure strong­holds.

There she’ll be immersed in gender and race wars, assimilating the university’s contempt for all things Western, male, and heterosexual. While our experiments in communism with their legacy of mass destruction have disappeared nearly everywhere in the world but China, I’m proud to say communism is alive and well among many American college professors.

Naturally, you and Raketwist must not let her embrace the diversity of personality and culture the Enemy values, He who created them different; rather, our sort of diversity, cen­tered on aberrant theology and corrupt moral behavior.

Reason is rarely exercised on these campuses, where feelings and subjective opinions reign. The politicized doctrinaire atmosphere that at first seems a breath of fresh air will ultimately choke her. The intellectual climate of meaninglessness, the breakdown of moral constructs, will leave her a cynical nihilist. Or perhaps the self-glorifying celebration of humanity’s goodness will leave her an idealistic narcissist. Any of these is equally useful to us and destructive to her. Young Jillian is too weak to survive the intellectual intimidation of the classroom. Give me a philosophy, psychology, or science prof over a satanist any day.

We’ve labored to make parents—especially Christian parents—blind to reality. They cheerfully send off their children, thinking college will prepare them for life, while we conduct our invisible assault on their minds. We impart to them beliefs and values contradict­ing those of their parents. Dad and Mom would be horrified if they understood this. Your job is to make sure they don’t.

Once in college, slowly but surely your sludgebag’s daughter will not only question but abandon any Christian beliefs. As she’s exposed to a new world of diverse ideology and lifestyles, she’ll begin to see her parents’ faith and her church’s teachings as naive and narrow, lacking tolerance and sophistication.

Most students will end up viewing the Enemy’s faith as the root of all evils. Christianity becomes synonymous with crusades, holocausts, racism, and burnings at the stake. By the time they graduate, their minds will respond to the forbidden Book with something between a condescending smugness and an arrogant hostility.

She’ll come to believe not only in evolution, but in the moral relativism inseparable from it. At first she’ll be embarrassed by coed dorms and students copulating indiscreetly around the campus, but soon she’ll be desensitized and feel this sort of “freedom” is cool. Within a few years she’ll be having sexual relations with at least one boy, maybe more. By her senior year she who today is aghast at lesbianism will be accepting of that and all the other teachings of her women’s studies professors.

In a matter of months she’ll be getting drunk—a wonderful experience of sickness and nausea her parents and youth group deprived her of. Eventually she’ll try drugs (“Why not?”). Before long she’ll see herself as above her family’s beliefs, more enlightened than her church, grateful that she escaped succumbing to childish beliefs in Christian superstition.

Meanwhile, her parents will subsidize her defection from faith by paying tuition, room, and board. When people in their church ask, “How’s Jillian doing at college?” they’ll smile and say, “Great.” They won’t realize they’re losing their daughter; in fact, they’re paying lots of money to lose her. I have to laugh when I watch them underwrite our intellectual conquest of their children.

Never let Fletcher consider that if his goal was to destroy his daughter’s faith, this would be easy to do without sending her to college. Don’t ask me, Squaltaint, why they’re willing to pay so much money for their children to go off and lose their faith, when they could stay home and lose it for free! In any case, I’m delighted they do.

I relished your news that Fletcher’s new church friends recommended sending Jillian to that “Christian” college they attended thirty years ago: “It was a great school when we went there.” Yes, and the toxic waste landfill was a nice ball field when they played in it as children, but that doesn’t mean they’d send their children there now, does it?

I rub my hands with glee when I consider the amount of Christian money tied up in endowments for schools we use for anti-Christian causes. The morons don’t get the self-evident fact that money given to these schools doesn’t go to what the schools were thirty years ago. It goes to what they are today.

False advertising is critical to achieving our goals. Suppose the catalog said, “Some of our teachers still believe in the Bible’s inspiration, the creation of the world out of nothing, the physical resurrection of Christ, and that Jesus is the only way to heaven. Many of our teachers, however, do not believe these things, and in fact teach students the opposite.”

Well, that would give it away, wouldn’t it? If we’re going to continue to lure in parents and students, we must keep up the appearances.

Do you realize how many students we’ve permanently disconnected from forbidden squadrons through Christian colleges? There are notorious exceptions, of course, and at all costs you must keep Jillian from those schools.

Be on your guard against campuses with strong churches nearby and Christian ministries which dare to invade our turf, trying to steal our prey. We’ve managed to send young people off to schools full of lies and immorality, only to lose them to enemy commandos.

The Tyrant is a meddler. He has special designs on these young vermin. Despite how much college is stacked in our favor, we cannot trust Him to leave them alone.

Photo by Element5 Digital on Unsplash 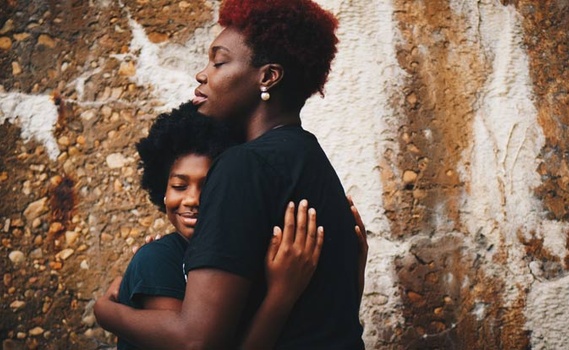 article January 15, 2020
The church can and should be a source of guidance and support for parents. But no youth group is a substitute for attentive, hands-on parenting. (Not to mention on-your-knees parenting.) 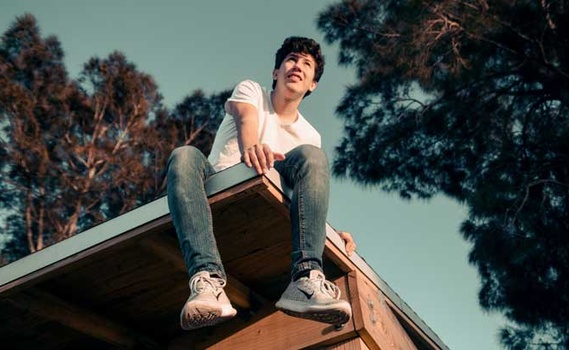 Advice for Parents of Teenagers

article August 12, 2013
Show respect to them and listen to them, and you’ll have a grounds for mentoring your teenagers. 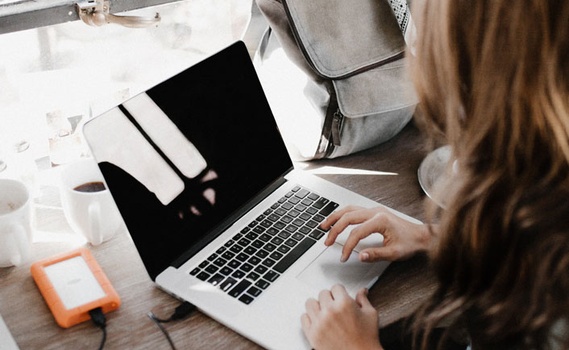 article August 19, 2009
It's summertime, and many recent high school graduates will be starting college for the first time this fall. Other young people are beginning to look into which college they would like to attend in the next few years.
Invest in Eternity