Every Human Heart Has a God-Given Sense of the Eternal 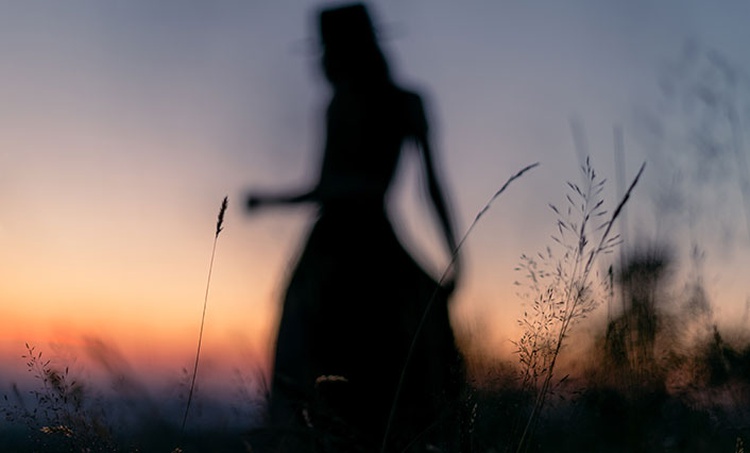 “Do not let your hearts be troubled. Trust in God; trust also in me. In my Father’s house are many rooms; if it were not so, I would have told you. I am going there to prepare a place for you. And if I go and prepare a place for you, I will come back and take you to be with me that you also may be where I am” (John 14:1-3).

Ecclesiastes 3:11 tells us that God “has also set eternity in the human heart.” Look around you at all those people walking the streets, working in offices, standing in lines, sitting in restaurants. Their eyes are filled with needs, hopes, longings. The world tells them they’re just molecules and DNA, time plus chance. But their hearts cry out for eternal realities, for what will last, what really matters.

The sense that we will live forever somewhere has shaped every civilization in human history. Australian aborigines pictured Heaven as a distant island beyond the western horizon. The early Finns thought it was an island in the faraway east. Mexicans, Peruvians, and Polynesians believed that they went to the sun or the moon after death. [1] Native Americans believed that in the afterlife their spirits would hunt the spirits of buffalo. [2] The epic of Gilgamesh, an ancient Babylonian legend, refers to a resting place of heroes and hints at a tree of life. In the pyramids of Egypt, the embalmed bodies had maps placed beside them as guides to the future world. [3] The Romans believed that the righteous would picnic in the Elysian fields while their horses grazed nearby. Seneca, the Roman philosopher, said, “The day thou fearest as the last is the birthday of eternity.”

Although these depictions of the afterlife differ, the unifying testimony of the human heart throughout history is belief in life after death. Anthropological evidence suggests that every culture has a God-given, innate sense of the eternal—that this world is not all there is. [4]

The Roman catacombs, where the bodies of many martyred Christians were buried, contain tombs with inscriptions such as these:

In Christ, Alexander is not dead, but lives.

One who lives with God.

He was taken up into his eternal home. [5]

One historian writes, “Pictures on the catacomb walls portray Heaven with beautiful landscapes, children playing, and people feasting at banquets.” [6]

In AD 125, a Greek named Aristides wrote to a friend about Christianity, explaining why this “new religion” was so successful: “If any righteous man among the Christians passes from this world, they rejoice and offer thanks to God, and they escort his body with songs and thanksgiving as if he were setting out from one place to another nearby.” [7]

These early Christian perspectives sound almost foreign today, don’t they? But their beliefs were rooted in the Scriptures, where the apostle Paul writes, “To me, to live is Christ and to die is gain. . . . I desire to depart and be with Christ, which is better by far” (Philippians 1:21, 23). He also wrote, “As long as we are at home in the body we are away from the Lord. . . . We . . . would prefer to be away from the body and at home with the Lord” (2 Corinthians 5:6, 8).

When Jesus told His disciples, “In my Father’s house are many rooms. . . . I am going there to prepare a place for you” (John 14:2), He deliberately chose common, physical terms (house, rooms, place) to describe where He was going and what He was preparing for us. He wanted to give His disciples (and us) something tangible to look forward to—an actual place where they (and we) would go to be with Him.

This place is not an ethereal realm of disembodied spirits, because human beings are not suited for such a realm. A place is by nature physical, just as human beings are by nature physical. (We are also spiritual.) What we are suited for—what we’ve been specifically designed for—is a place like the one God made for us: Earth. God never gave up on His original plan for human beings to dwell on Earth. In fact, the climax of history will be the creation of new heavens and a New Earth, a resurrected universe inhabited by resurrected people living with the resurrected Jesus (Revelation 21:1-4).

The current death rate for humans is 100 percent. Unless Christ returns soon, we’re all going to die. We don’t like to think about death; yet, worldwide, 3 people die every second, 180 every minute, and nearly 11,000 every hour. If the Bible is right about what happens to us after death, it means that more than 250,000 people every day go either to Heaven or Hell.

David said, “Show me, O Lord, my life’s end and the number of my days; let me know how fleeting is my life. You have made my days a mere handbreadth; the span of my years is as nothing before you. Each man’s life is but a breath” (Psalm 39:4-5).

Picture a single breath escaping your mouth on a cold day and dissipating into the air. Such is the brevity of life here.

The wise will consider what awaits us on the other side of this life that so quickly ends.

God uses suffering and impending death to unfasten us from this earth and to set our minds on what lies beyond. I’ve lost people close to me, my wife being the most recent and impactful loss. (Actually, I haven’t lost them, because I know where they are—rather, I’ve lost contact with them.) I’ve spent a lot of time talking to people who’ve been diagnosed with terminal diseases. And I’ve endured the pain of watching my own wife lose her four-year battle with cancer. We all, under these circumstances, develop a heightened interest in the afterlife.

Most people live unprepared for death. But those who are wise will go to a reliable source to investigate what’s on the other side. And if they discover that the choices they make during their brief stay in this world will matter in the world to come, they’ll want to adjust those choices accordingly.

Ancient merchants often wrote the words memento mori—“remember you must die” —in large letters on the first page of their accounting books. [8] Philip of Macedon, father of Alexander the Great, commissioned a servant to stand in his presence each day and say, “Philip, you will die.”

In contrast, France’s Louis XIV decreed that the word death not be uttered in his presence. Most of us are more like Louis than Philip, denying death and avoiding the thought of it except when it’s forced upon us. We live under the fear of death.

Jesus came to deliver us from the fear of death, “so that by his death he might destroy him who holds the power of death—that is, the devil—and free those who all their lives were held in slavery by their fear of death” (Hebrews 2:14-15).

What delivers us from the fear of death? What takes away death’s sting? Only a relationship with the person who died on our behalf, the one who has gone ahead to make a place for us to live with Him. If we don’t know Jesus, we will fear death and its sting—and we should.

Are you burdened, discouraged, depressed, or even traumatized? Have your dreams—your marriage, career, or ambitions—crumbled? Have you become cynical, or lost hope? A biblical understanding of the truth about Heaven can change all that.

In 1952, young Florence Chadwick stepped into the waters of the Pacific Ocean off Catalina Island, determined to swim to the shore of mainland California. She’d already been the first woman to swim the English Channel both ways. The weather was foggy and chilly; she could hardly see the boats accompanying her. Still, she swam for fifteen hours. When she begged to be taken out of the water along the way, her mother, in a boat alongside, told her she was close and that she could make it. Finally, physically and emotionally exhausted, she stopped swimming and was pulled out. It wasn’t until she was on the boat that she discovered the shore was less than half a mile away. At a news conference the next day she said, “All I could see was the fog. . . . I think if I could have seen the shore, I would have made it.”

Consider her words: “I think if I could have seen the shore, I would have made it.” For believers, that shore is Jesus and being with Him in the place that HE promised to prepare for us, where we will live with Him forever. The shore we should look for is that of the New Earth. If we can see through the fog and picture our eternal home in our mind’s eye, it will comfort and energize us.

No matter how tough life gets, if you can see the shore and draw your strength from Christ, you’ll make it.

[3] Edward Donnelly, Biblical Teaching on the Doctrines of Heaven and Hell (Edinburgh: Banner of Truth, 2001), 64.

Excerpted from Heaven. You can also browse our resources on Heaven and additional books.

Photo by Lucian Dachman on Unsplash 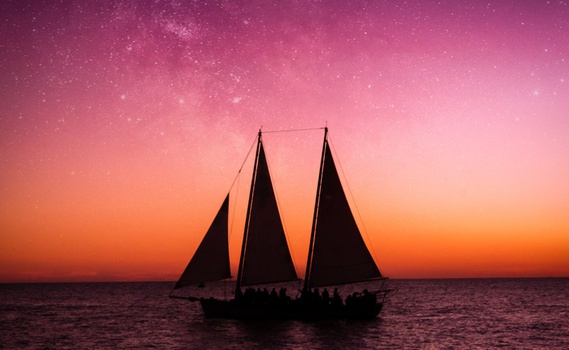 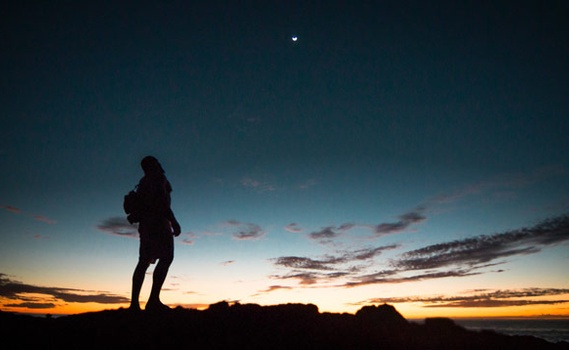 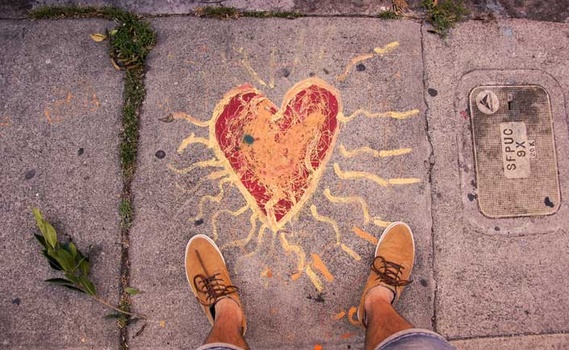 article June 1, 2004
People are made for the eternal and therefore cannot be ultimately satisfied by the temporal.
Invest in Eternity