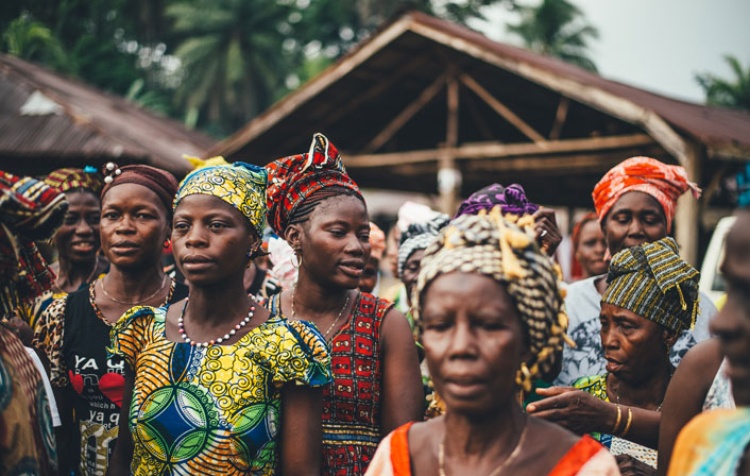 Recently I called various relief, development and missions organizations to get some accurate information on the physical and spiritual needs in the world today. As you and I pray and consider what to do with our lives and resources, I hope God will use these facts to touch our hearts.

• Over 1.1 billion people in the world live on less than one U.S. dollar per day.
• 500 million people are hungry and another 500 million are so poor that they get too little food to be fully productive.
• The proportion of the world’s population that lives in hunger is slowly declining, but due to population increases the total number of people who are hungry is higher than ever in history.
• Every day 25,000 people, many of them children, die from the results of dirty drinking water.
• 35,000 children under five die in the developing world every day. The great majority of these deaths are preventable by adequate food and basic medical care. (Almost 60% of these deaths are from three diseases: pneumonia, diarrhea and measles, all of which could be prevented or cured by adequate food and medical care.)
• 13,600 children die every day because of a combination of the effects of malnutrition and disease.
• One third of all children under the age of five in developing nations are so poorly nourished that their physical and mental development is permanently impaired.
• One out of four people on the planet have no access to any form of healthcare.
• Though they represent 75% of the world’s population, developing countries have 5 percent of the world’s health expenditures and 10% of the education.
• There are 47 million refugees and displaced people.
• Half the world’s people are unable to vote; over three billion people are denied the freedom to teach their ideas and beliefs.
• Of the 27 countries where human suffering is greatest, 20 are in Africa, 6 Asia and one (Haiti) in the Western Hemisphere.
• If current trends continue, by the year 2000 the number of hungry people in Sub-Saharan Africa will increase by another 25 million, to total more than 165 million.
• There are 100 million street children in the world today and by the year 2020 there will be 800 million. (From Action International)
• By the year 2000, half of the global population will be children, 2 billion of whom will live in extreme poverty and/or in high risk situations.
• The United Nations estimates that 1 million children enter the trade of child prostitution each year. The UN says by the year 2000, the street children situation will be one of the worst crises facing the nations of the world.

• 85% of the world’s poorest countries lie within the unevangelized world.

• Muslims are the fastest growing religious group, largely as a result of a high birth rate.

• There are about 1,700 unreached people groups (defined linguistically). “Unreached” means that they do not have a nationally led, viable, reproducing church. (Each of these groups is 10,000 or more in size, so there are several hundred more unreached smaller groups, perhaps bringing the real total to 2,000.)

• 3.1 billion people and 95% of unreached groups are located in an area of the world called the 10/40 Window—from West Africa to China.

• According to UNESCO, 85% of the “poorest of the poor” also live in the 10/40 window. (From InterDev: “There is a powerful correlation here that cannot be ignored—that where Jesus Christ is believed on and His Church is established, He brings not only spiritual transformation, but also socio-economical transformation. He meets the people where their needs are. His healing is holistic.”)

• 95% of missions money and resources in the western world go to areas of the world where there is already an established or emerging church and 5% goes to areas where there is no church.

• 90% of the full-time Christian workers in the world live in countries that constitute 10% of the world’s population.

AN ADDITIONAL NOTE FROM A MISSIONS AGENCY:

“At InterDev, we believe that a strategic area of focus is among the unreached Gateway People Groups in the 10/40 Window. Each of these groups are 1 million or more in size and tend to dominate the political life, social life, language, and religious life of the smaller groups around them. There are 132 Gateway People Groups (GPGs) in the 10/40 Window. There is wide agreement among the front-line agencies working in the 10/40 Window that if a nationally led church can be established in each of these GPGs, they will have a much higher success rate of evangelizing the smaller groups around them and giving them a chance to say ‘Yes’ to Jesus Christ. These groups include the Wolof of West Africa, the Kazaks of Central Asia, and the Bengalis of India. Interdev’s vision is to see a Strategic Evangelism Partnership operating in each one of the GPGs in the next 7 years.

China is an area of huge need and strategic value. The Mandarin language is the main language in China. There are, however, 55 minority groups there—15 of which are 1 million or more in size!

By the way, when mission agencies come together to work in partnership, the relief and development agency sitting at the table plays a very key role in opening the doors to a closed people group because they are meeting the people where their needs are. Then scripture translators, evangelism teams, radio programming, etc. can come in behind that group with the Good News. Therefore, contrary to popular opinion, an investment in relief and development work will change the face of eternity as much as an investment in a scripture translation agency or an evangelism agency!”