Why Are There Not More Workers? 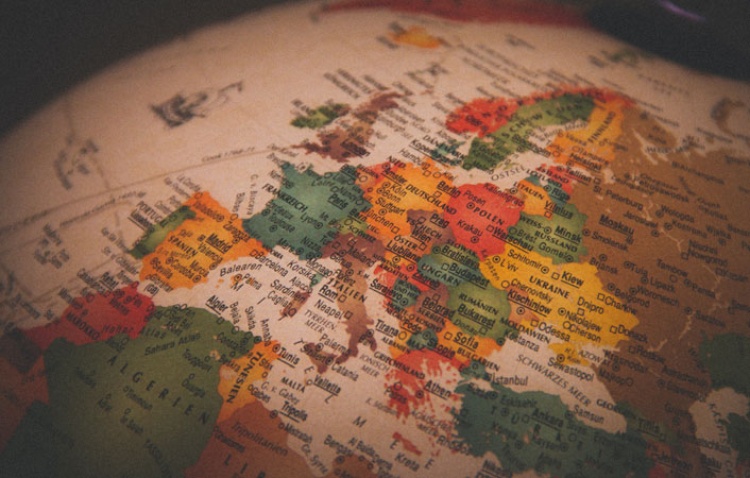 We are in contact with church and mission agencies all over the world and the one thing they all have in common is that they need workers. Most are even praying for those who will come short-term and help in the task. The bigger demand is for long-term workers of some level of maturity.

We are especially in touch with those working in the 10/40 Window and it is clear that thousands of workers are needed there, including those who will go as tentmakers. Most people expected many more to be there by now. I am sometimes asked the question, “Why are there not more workers, especially among the more unreached peoples?”

As we have attempted to work with people around the world, we have discovered many reasons why we are not seeing more workers, especially long-term workers. In my book Vision, Grace, Action, I speak more extensively about this subject, but I want to briefly list some of the obstacles in this letter. I believe this will help us better to “count the cost” as we are told in Luke 14:25-33, and it will enable us to act and pray more intelligently.

Only a few seem to actually have the vision in the first place, both of the need as well as the amazing opportunities. Others don’t have a vision to send out workers, especially from their own church.

Matt. 9:35-38 makes the command about prayer very clear. Despite all the talk and statistics about prayer and some wonderful prayer events and movements, we have to admit that the average church is not a praying church. They may boast of a prayer meeting, but usually only a few people attend and there is often very little prayer for workers and the unreached. It seems that few leaders and believers, and even missionaries, have a disciplined prayer life and ministry. Praise God for every exception and I hope you are one of them, but I am referring to the overall average.

I think all would agree that this is the overwhelming hindrance to all we want to do for the Kingdom. This is one of the reasons the prayer for revival movements have become such a major emphasis in some places. Some people have wondered why I sometimes get associated with some people or churches, which may seem extreme, and I can only say that I am trying to stay in fellowship with the whole body of Christ. As someone once said (I think it was Brother Andrew), “It’s easier to cool down a fanatic than to warm up a corpse!” Someone trying to bring this into balance however said, “Yes, but at least a corpse will not jump up and stab you in the back.” I must confess I’m thrilled when I hear of people and churches coming alive and only hope and pray that the people will be disciplined and trained so that they go on as real marathon runners for God! I’m still convinced that “The crisis without the process will become an abscess.”

Everyone knows that the lack of funds is hindering God’s work and certainly hindering the sending out of missionaries. (I have a tape on this subject, if you are interested.) There are powerful exceptions, especially when a local church wants to put up a new building. I know that many generous people are reading this and I thank God for you. I know some people are extreme as I was (some would say I still am), as I want to live on the basic essentials and pour everything into world evangelization. By the way, many people believe that without this “extreme” Operation Mobilization might have died in the first couple of years when so little money was coming in. Who knows?  All surveys show that only a tiny percentage of money goes outside one’s own church and then their own nation. There are powerful exceptions, especially for relief and development when there is a huge disaster somewhere. Some even think it is better to send money rather than workers, which again is foolish because it must be both. In the midst of this, let’s stay grace-awakened and realize that the Lord does lead different people in different ways, and let’s beware of legalistic judgmentalism.

God is using His Word and many great books about grace to set people free from this, but it is a long hard road and in many parts of the world, legalism reigns supreme not only in local churches, but in whole denominations. Many feel very threatened by this movement of grace that is taking place. It seems easier to hold God’s people together (and we all need loyalty and unity) by the law and all the added “distinctives” which are often just man-made rules and regulations than by grace, love, reality and the freedom of the Holy Spirit. We are also learning the hard way that grace without discipline can often lead to disgrace. Grace does not lay aside basic biblical commandments, but rather brings them into balance and the right priority.

In anything as big as the modern missions movement, there will always be lots of bad news. We know that bad news travels faster than good news and we now have the Web to help. Old-fashioned gossip and misinformation still cause more harm than the Web. I personally have failed in this area and in recent decades have tried to put a greater emphasis on Spirit-controlled speech. Some churches, after sending out one worker, sometimes only short-term, have stopped sending people after their worker came back with a bad report or maybe defeated in their own life. It’s clear to me that without discernment, grace and forgiveness, there is no way forward.

I read a powerful book showing the drift even on the part of missionaries and leaders away from some of the basics of God’s Word. Universalism used to be considered part of the package of liberal theologians who did not believe in any case that the Bible was God’s Word. But now in various forms, it seems to have invaded our evangelical and biblical communities. Ignorance of the Bible in general seems to be on the increase and that doesn’t help. That is one of the reasons we know that real unity in the years to come will be in the midst of great diversity.

I hope my words here will drive all of us to our knees. Don’t worry about some little thing I have said that you don’t like or agree with, but rather be pro-active and ask God what He is trying to say to you personally. We especially pray that people who read this will become more active in reaching the world with the gospel as a go-er, a sender, or both. We hope you will link with us in networking with mission mobilizers around the globe.

It is harvest time and more churches and people on the field and home are involved in missions than ever before. Of course, Satan is attacking in vicious ways on every level. More than ever, let’s take the shield of faith and stand against them in the power of the Holy Spirit.

Photo by Christian Lue on Unsplash