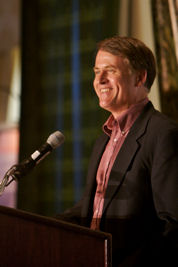 On May 20 and 21, Randy traveled to Atlanta, Georgia to speak at The Seed Company Invitational, a golfing event for major donors to The Seed Company, an affiliate of Wycliffe Bible Translators.

The Seed Company’s ministry exists to train nationals in translating the Scriptures into their own languages. There are almost 2,300 languages that do not have the Bible, representing an estimated 270 million people around the world who cannot read the Word of God in their own language - their “heart language.” Where it would take years for foreigners to learn the language or even gain access to the people group, native speakers are able to effectively translate the Word of God into their own language, with The Seed Company providing the needed training and technical, financial, and prayer support. 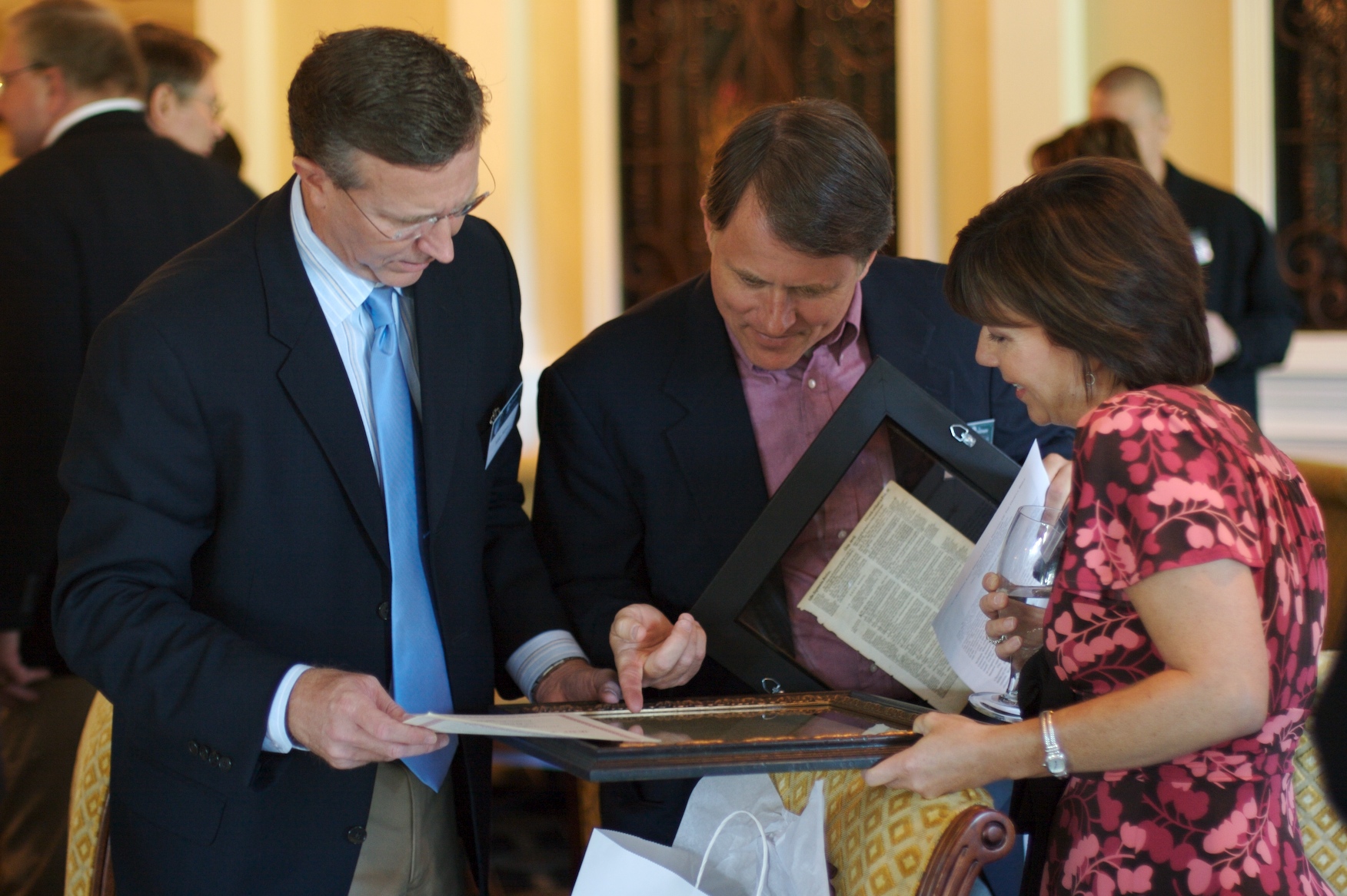 Attendees to The Seed Company Invitational included business people and professional athletes and entertainers, who all want to make a difference by investing in the translation of God’s Word into the language of previously unreached people groups.  During the program, Chris Tomlin led in the worship of the God who died for all people groups.

While at the event, Randy was presented with a copy of a page from a Geneva Bible dated around 1640, containing Romans 1. It is a literal reminder that at one time, like those 2,300 languages today that do not have God’s Word, the Bible did not exist in English and there were men who gave their lives to translate it.

One of the speakers at the event was Kwame, a seasoned field linguist/translator from Ghana, West Africa, pictured here with Coach Dan Reeves. Kwame prayed in three languages from Ghana: Twi, a large regional language; Dilo, his mother tongue which he helped translate the New Testament into; and Paasaal, a small language in the north where he served as a translator for 7 years. It was there that he oversaw one of the early Seed Company projects,which was a great success and resulted in the complete translation of the New Testament. He has also served as the Associate Director of Language Programs for The Seed Company’s sister ministry, The Ghana Institute of Linguistics, Literacy, and Bible Translation (GILLBT) and has helped oversee the work of more than 30 projects in Ghana.   EPM will partner with The Seed Company to fund the translation of the Bible into one of these 2,300 languages. Praise God for this incredible opportunity to eternally impact a people group who has never before heard God’s Word!

Visit the Seed Company’s website to learn more. This article was featured in June’s EPM E-News Update. To receive the EPM E-News Update, please visit our front page and add your e-mail address to the sign up form.