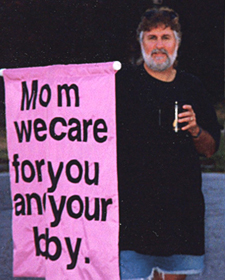 One morning at the abortion clinic an arrogant, blasphemous man came roaring at me with graphic threats of what violent (though physiologically unlikely) tortures he was about to inflict on me.  The fellow had pulled up with his daughter and parked his car in the north parking lot along the sidewalk where I normally stand and pray.  My wife and her friend were the sidewalk counselors of the day but, as they were on the west side of the building, I began to speak to him while holding my regular sign (a huge, precious picture of a beautiful baby with the word “LIFE” emblazoned atop it).  I started to tell them my usual remarks, “Good morning, guys. You know, the reason we’re here this morning is simply to tell you the truths about abortion that you’ll certainly not hear inside this place–truths about the dangers of abortion to a woman’s health, the proofs of that tiny child’s humanity, and the whole host of alternatives we have for you, including a caring and professional doctor who can take care of you and your baby–no charge whatsoever.”

But, as you might guess, I didn’t manage to finish these comments before the enraged fellow was exploding in my face.  And, after a few more sputtering threats, he stepped back a couple of paces and then rushed at me, shooting out both of his arms in a punch-like push in order to knock me down.  The force of his attack was so strong that I was quite surprised to find myself still standing. Indeed, the only effect was a pretty dramatic recoil on the part of my assailant.  It was like he had hit a spring. The guy acted rather shocked himself and for the first time since he had climbed out of his car, he was stone silent.

Therefore, my next appeal to him, though quietly stated, was crystal clear. “You know, this rage comes from your own knowledge of how wrong this is.  C’mon, man; don’t let this abortionist take the life of your grandchild.  Let us help you do the right thing here.”  The fellow just stood and stared at me, foam having formed at the corners of his frown, but the storm seemed to have passed away.  In another moment, the policeman who shamefully serves as the abortion clinic’s escort/guard had finally arrived on the scene and the man was placidly, wordlessly guided inside the clinic.

My friend, himself a proud and very kind-hearted grandfather, was particularly moved by this man’s tragic dereliction of duty and came over, put his arm around my shoulders, and we had a brief prayer together. We thanked the Lord for His protection and prayed that the man and his daughter would yet receive the truth with which He had challenged them.  And it was just after this prayer that I was struck by the irony of how this encounter with the angry man connected with a Scripture I had read just moments earlier.  Though I was holding my baby sign the whole time, in my left hand I still gripped my Bible and so I turned quickly back to Proverbs 12, the chapter I had been reading there on the sidewalk and using each verse as a springboard for “targeted” prayers.  And yes, there it was in Proverbs 12:3—a verse that cast an interesting light on this fellow’s unsuccessful attempt to push me over.  It reads: “A man will not be established by wickedness but the root of the righteous will not be moved!” Now, I don’t mean to make too much of a literal application of this verse to that morning’s encounter but … hey, you never know! 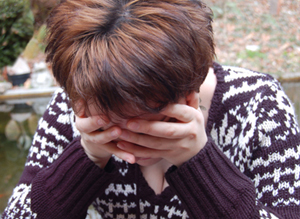 Of course, another application of that verse was quite obviously connected to that morning and, for that matter, to the whole range of Vital Signs Ministries.  For we sincerely purpose, as Christ’s stewards of the gospel and its attendant doctrines, to not be moved from our spiritual duty.  We will seek to be unmoved by the threats of our enemies, the mocking of the world, and even the indifference of a Western Church that in our day has become much too oriented to materialism, temporal pleasure, and the ever-tempting yen to be popular.  But our Lord, Who knows far better than we what is best for our lives, has a much different perspective. Note, for instance, some of the other truths from Proverbs 12 that concern our need to be faithful speakers and doers of the Word.

“The words of the wicked lie in wait for blood but the mouth of the upright will deliver them” (verse 6).

“An evil man is ensnared by the transgression of his lips but the righteous will escape from trouble” (verse 13).

“Deceit is in the heart of those who devise evil but counselors of peace have joy” (verse 20).

“The righteous is a guide to his neighbor but the way of the wicked leads them astray” (verse 26).

And finally, “In the way of righteousness is life and in its pathway there is no death” (verse 28).

You can see how closely these “wisdom teachings” connect with Vital Signs Ministries.  Whether it is in front of a radio microphone or a pulpit or a classroom or…even an angry assailant who has cowardly escorted his own daughter to an abortion mill, we must not retreat from holding high the banner He has bestowed to us.

"Christian activists in the service of the least of these" 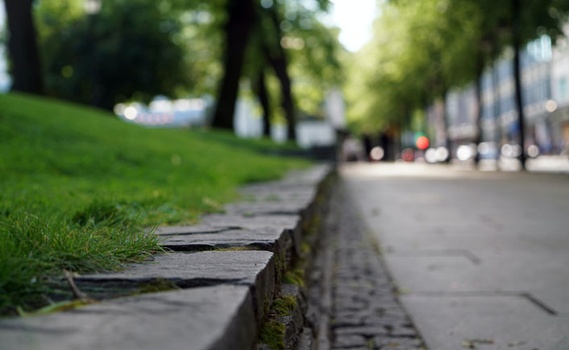 article March 15, 2010
The following guidelines have been developed by the prolife activists of Vital Signs Ministries who have been engaged in these ministries for over 25 years. We make them available to others in order to give them a clearer understanding of what is involved in this aspect of prolife ministry and to help them best honor our heavenly Father as we strive to serve Him together in this important witness.

The Pastor Who Had to Resign

article April 1, 2003
Randy Alcorn learned to live what he had preached while fleeing the wrath of abortionists and the judgment of the courts. 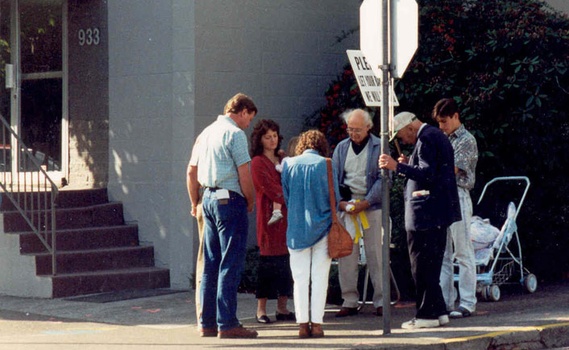 article January 20, 1997
The following is the text of closing arguments I prepared at the request of attorney William Bailey, in February of 1993.
Invest in Eternity