By CBN- The Christian Broadcasting Network

WHAT THE DEVIL MEANT FOR HARM…

Randy Alcorn’s life is a real picture of what is meant by the scripture, “ the devil meant this for my harm, but God meant it for good.” In 1990, he was one of the pastors of a large church. He loved his work and didn’t want to do anything else. He was on the board of a Crisis Pregnancy Center and had even opened his family’s home to an unwed teen. Eventually Randy felt prompted by God to participate in peaceful, non-violent rescues outside an abortion clinic. Randy and others were arrested and jailed. The abortion clinic was awarded a settlement of lost income as a result of the protests. Randy told the judge that he would gladly repay money owed, but he could not just hand the money to an abortion clinic when the clinic would only use it to kill more babies. Then Randy learned that the funds would be garnished from his church salary. The church would either have to give over the funds or defy a court order. The only way to keep this from happening was for him to resign from his job. So he did.

This bold step left Randy without an income. Then another abortion clinic brought suit against the Randy’s group. Though the protests were non-violent, the abortion clinic won one of the largest settlements ever against a protest group – 8.4 million dollars. Suddenly it looked like Randy and his family could lose their house.

The only way Randy could avoid garnishment and loss was to earn only minimum wage. Randy had already divested himself from any book royalties he earned and his family had made their last house payment. The Alcorns were out of debt. They also had already been living on only a portion of his salary from the church. Randy’s wife, Nanci, took a job with secretarial wages and the Alcorns put everything in Nanci’s name. It appeared on the outside like this was a real catastrophe. But Randy says it was the best thing that could have happened to his family. The Alcorns began a new ministry called Eternal Perspective Ministries.

Randy’s inability to own anything allowed him to learn very clearly these scriptures, “Everything under heaven belongs to Me,” Job 41:10. “The earth is the Lord’s and everything in it,” Ps 24:1. And “The silver is Mine and the gold is Mine declares the Lord God Almighty,” Haggai 2:8. Randy and his wife live very simply. They paid their mortgage in full two months before the first abortion clinic case. They drive used cars provided for them through their ministry and Randy says its surprising how little it really takes when some of those big things are taken care of. When asked about college for his now grown daughters or wedding preparations when the two girls were married just seven weeks apart, he laughs and says those were challenges. But God always has come through.

One of the many examples he shares of how God provides for his family happened when his daughters were just 8 and 10 years old. In those days, Randy was receiving a few royalty checks but they were generally pretty small. On one occasion they received a rather large check. As was their custom, Randy and Nanci sat down with their girls and discussed the options for the check. One was a vacation for a couple weeks in Hawaii – a place they’d never been. Another was to give the money in an upcoming offering in their church to fight famine in the world. Randy says the girls didn’t have to think. They said they wanted to put the check in the offering. They were truly delighted to have the money to give away. One of the blessings that have come since they gave away the royalty check is the gift of a free place to vacation in, of all places - Hawaii. The Alcorns have been given use of a place in Hawaii every three years since they gave that royalty check. Randy is careful to point out that he doesn’t see this as a magic formula to make God move on your behalf. It simply doesn’t work that way. But it is worth noting that the very place the girls chose to give up is the place God gave back to them many times over.

After ten years of earning only minimum wage to keep the abortion clinics from garnishing Randy’s funds, the statute on the court sentence ran out. Randy’s board came to him to encourage him to reverse his decision and begin keeping his well deserved book royalties. After discussion and prayer, Randy and Nanci agreed that things were going so well for them with their smaller income, that they really didn’t see any need to change their income status even though they felt it would be alright before God if they did. It was just a few days after their decision that the courts acted giving the abortionists another 10 years to pursue money from Randy. He says God graciously allowed them to make the choice to keep living on less instead of having them find out that they were being forced to continue their lifestyle. They see God’s protecting hand even more clearly in the choice.

Randy sees how God used these very events and circumstances to help him see a new vision for his life. The abortion clinics’ court victories opened doors that God wanted him to walk through to enjoy a life of giving. One of the pluses of this life change is that it gives Randy much more time to write books. He has now written 20 books [Update: over 50 books in 2017] and been on the best sellers’ list often. He believes a good deal of his success comes from the fact that all the money for all the book sales goes to the ministry.

Randy says that your attitudes towards giving are central to your spiritual well being. You need to realize, “God owns everything, I’m His money manager. He owns everything including me. He didn’t die and leave everything to me or anyone else.” Randy cites a 2001 Barna research that states that though many Christians say they tithe, the fact is about 1/8 of them actually give 10% - the biblical formula for the tithe. People state all sorts of reasons for not tithing from their lack of enough money to pay their bills to not being convinced what the Bible really means on the subject. But for someone who wants to experience truly joyous giving, Randy says the steps are simple.

From the scriptures and Randy’s life experience, he’s learned what he refers to as the Treasure Principle and it is “You can’t take it with you, but you can send it on ahead.”

The Keys to living this principle are all rooted in scripture. They are:

WHAT KIND OF IMPACT

There are dozens of stories of how helping people catch the vision to give is spreading the gospel and helping others be nourished or clothed or having lives spared from abortion. Randy says you never know what will happen when people catch the vision. He points to one man who read Randy’s materials. This man was already a giver to missions, but in one year after reading Randy’s material, he increased his giving by 30 million dollars.

Note: This article was published by CBN (Christian Broadcasting Network) in approximately 2008, and can also be read online at the CBN website. 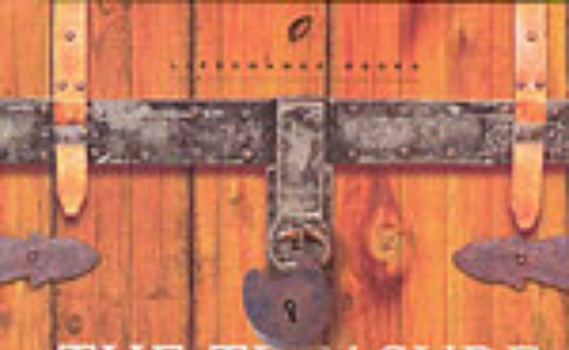 A Focus on the Family Interview with Randy Alcorn: Discover 'The Treasure Principle' of Giving

article February 11, 2010
Randy Alcorn loves giving, and he wants you to love giving. Just listen to him talk about giving, about joyful tithing and radical generosity. But fear not—Alcorn won’t guilt you into giving. Nor will he instruct you to sell your possessions, abandon all forms of entertainment or forego future vacations.
Invest in Eternity