Deterring Immorality by Counting Its Cost 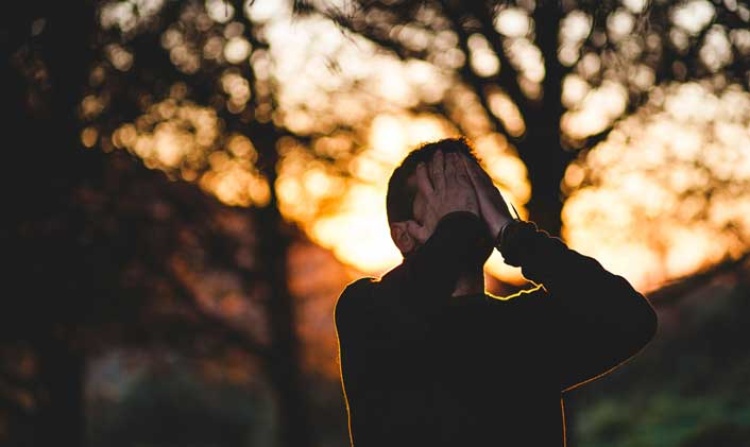 In 1850 Nathaniel Hawthorne published The Scarlet Letter, a powerful novel centered around the adulterous relationship of Hester Prynne and the highly respected minister, Reverend Mr. Arthur Dimmesdale. The fallen pastor, remorseful but not ready to face the consequences, asks the question, “What can a ruined soul, like mine, effect towards the redemption of other souls?—or a polluted soul, towards their purification?” He describes the misery of standing in his pulpit and seeing the admiration of his people, and having to “then look inward, and discern the black reality of what they idolize.” Finally he says, “I have laughed, in bitterness and agony of heart, at the contrast between what I seem and what I am! And Satan laughs at it!”

Ruined, polluted, black reality, bitterness, agony. And perhaps, worst of all, Satan’s laugh. These are just some of the consequences of sexual immorality in the life of one known as a follower of God.

I met with a man who had been a leader in a Christian organization until he committed immorality. I asked him, “What could have been done to prevent this?” He paused only for a moment, then said with haunting pain and precision, “If only I had really known, really thought through and weighed what it would cost me and my family and my Lord, I honestly believe I would never have done it.”

Some years ago my friend Alan Hlavka and I both developed lists of all the specific consequences we could think of that would result from our immorality as pastors. The lists were devastating, and to us they spoke more powerfully than any sermon or article on the subject.

Periodically, especially when travelling or when in a time of temptation or weakness, we read through this list. In a personal and tangible way it brings home God’s inviolate law of choice and consequence. It cuts through the fog of rationalization and fills our hearts with the healthy, motivating fear of God. We find that when we begin to think unclearly, reviewing this list yanks us back to the reality of the law of the harvest and the need both to fear God and the consequences of sin.

An edited version of our combined lists follows. I’ve included the actual names of my wife and daughters to emphasize the personal nature of this exercise. Where it involves my own lists of specific people’s names, I’ve simply stated “list names” so the reader can insert the appropriate ones in his own life.

(While God can forgive and bring beauty out of ashes, that’s a message to those who have already sinned...not to those who are contemplating sin! On the “front side” of sin we must not give assurances of forgiveness and restoration. We must put the focus where Scripture does—on the love of God and the fear of God, both of which should act in concert to motivate us to holy obedience.)

These are only some of the consequences. If only we would rehearse in advance the ugly and overwhelming consequences of immorality, we would be far more prone to avoid it. May we live each day in the love and fear of God.

For more on this topic, see Randy's book The Purity Principle and his booklet Sexual Temptation: Establishing Guardrails and Winning the Battle.

Photo by Francisco Moreno on Unsplash

A Reader's Response to "Personalized List of Anticipated Consequences of Immorality"

article February 17, 2010
As a man, husband, and more recently a father—I have struggled and struggled with sexual temptation. At my breaking point-being “tired” of the ongoing struggle and to seek support—I submitted a prayer request at a recent church leadership retreat, asking the intercessors to pray “That I would always and forever remain faithful to my wife and, never, ever commit adultery.”

Strategies to Keep from Falling: Practical Steps to Maintain Your Purity and Ministry

article June 1, 1996
“Something terrible has happened.” The tense voice was my friend’s, calling from across the country. “Yesterday our pastor left his wife and ran off with another woman.”
Invest in Eternity