Dalai Lama, Seen through the Eyes of a Chinese Christian

Two segments from the novel Safely Home, by Randy Alcorn

Sunday afternoon Li Quan prayed for Zhou Jin. They’d still heard nothing. Quan opened his Bible and read portions to Shen. Ming listened as she mended clothes. Still shaken by what had happened, Ben opened his briefcase, hoping to find something to read to settle his mind. He set out on his bed two books and a Fortune magazine.

Quan glanced over at Ben’s reading material and stood up, a look of horror on his face. “Remove that from this house!” He was pointing.

“I’m talking about that book.” He pointed at the book with the Dalai Lama on the cover.

“What’s wrong? Okay, he’s not a Christian, but he’s a decent guy. Religious. Compassionate. Thoughtful. More than a lot of Christians, that’s for sure. He has a very positive message.”

“To you, perhaps, this is just a book.” Quan’s voice trembled. “You have not seen the darkness of Mogui’s stronghold.”

“What are you talking about? The Dalai Lama? He’s kind and generous and well respected—not to mention he’s been on the New York Times best-seller list!”

“I do not know the Dalai Lama. But I do know about his religion. I live here, and I have been to Tibet. I could tell you stories, but you would not believe me.”

“This is what I mean, Quan. You’re so narrow and unreasonable. There probably isn’t a more benevolent and wise man alive. Did you see Seven Years in Tibet, with Brad Pitt?”

Quan looked at him blankly.

“It’s a movie. Anyway, the Dalai Lama was this cute kid, really gifted, who grew up to be a wise leader. It shows how China conquered Tibet and—”

“Two hours before dinner?” Quan asked Ming, switching suddenly to crisp Mandarin. Then looking back at Ben, he said, “First I am going to change my clothes. Then we will go in your car to Pushan.”

“You will see. But please—” Quan pointed to the book on the bed— “remove this book now from the house of Li.”

Ten minutes later they pulled on to the street.

“Have you been to Tibet?”

“So you have read a book and seen a movie? This is what makes you a great expert on Lamaistic Buddhism?”

“I never claimed to be an expert. When were you in Tibet?”

“When I was turned down for teaching positions, remember? I saved money and went to apply at a university. I stood before Jokhang Temple, one of Lamaistic Buddhism’s holiest shrines. China is very guilty of taking away Tibet’s political freedom. But do not let your sympathy for these oppressed people become sympathy for a religion that also oppresses them.”

“Where are we going?”

“Take the main street into Pushan. I’ll tell you when to turn. It’s another ten minutes.”

“You’re not going to like this, Quan, but I have to say, I’ve really benefited from Buddhist philosophy. There’s a lot of good in it. It has a serenity, a focus that’s appealing. It’s being used now in business contexts—everything from success seminars to employee mental health enhancement. It helps people be at peace with themselves.”

“Who tells you such things, Ben Fielding?”

“Articles. Television. Books. Some experience too.”

“Then these things are the voice of Mogui. Yesu said the devil is the father of lies. If you believe peace is found in the dark religions that deny Yesu, you also have been deceived by Mogui.”

“Could we have a little tolerance, a hint of open-mindedness, please? Where do you get off telling me I’m deceived? Somebody needs to teach you to back off.”

“Li Quan means no offense. I know Mogui well. I once served him. One must know his enemy to win the battle. I think you do not understand the strategy of Satan. He is a master of disguise.”

“Are you seriously saying all those hundreds of millions of Buddhists are lost?”

“Yesu said, ‘No man comes to the Father except through me.’ I did not make up those words. I simply believe them.”

“Isn’t that arrogant and judgmental?”

“God is entitled to pass judgment—he is the Judge. You think him judgmental? I do not think he cowers in fear of your opinion. He will not stand before you in judgment. You will stand before him.”

“There’s a lot of truth in different religions, including Buddhism.”

“You do not know what you are talking about.”

“Of course not. Professor Li Quan is the one who knows everything.”

“Buddhism calls for dependence on one’s heart or inner nature. But Shengjing says the heart is deceitful and wicked. It says there is a way that seems right to a man, but that way ends in death. People cannot find truth on their own, but only by revelation of God. Shengjing is that revelation. Religions do not reveal God’s truth; they hide it.” He pointed ahead. “We’re coming closer to the Lama’s den.”

“Yes. Most have stayed in Tibet, but some have moved across China. They have small communities in many cities. Over there, park by that building.”

“They are not allowed to build true temples. But this building is called a temple and is used for worship. It’s open to visitors during the day.”

They got out of the car and crossed the street, walking toward the entrance. Quan turned and looked Ben in the eyes. “Follow me, but do not speak. I do not know what will happen. But you must see for yourself. Be careful.”

Quan bowed his head and mumbled something Ben couldn’t hear.

They walked up to the building. Standing by the door frames, half inside, were two men with shaved heads, wearing long saffron robes, almost the orange of an overripe pumpkin.

As Ben neared, one of them looked at him curiously, the other with transparent hostility. The unfriendly one then looked at Quan. Ben could sense two emotions on the monk’s face—hatred and fear. Rather than seeing these feelings, it was more like smelling or tasting them. Something was in the air, he knew, but it was a knowing for which there was no explanation.

This is weird. The Dalai Lama is always so friendly in his interviews. Why— Quan spoke to the priests in a strong but shaky voice. “The one true God says in his holy Book, ‘Before me no god was formed, nor will there be one after me. I, even I, am the Lord, and apart from me there is no savior.’ “

It seemed to take a moment for the words to be absorbed into the vacant-eyed monk. “Begone,” an otherworldly voice cried, hissing like butter on a hot skillet. The voice was deep, deeper than Darth Vader’s, deeper than any Ben had ever heard. The sound of it made Ben nauseous.

Suddenly the voice began speaking in an eerie dialect, totally foreign to Ben. He stepped back, all at once hardly able to breathe, as if some foreign power had sucked the oxygen out of the air.

The first priest disappeared into the darkness, but the second’s eyes clouded, his jaw dropped, and the horrid voice spoke again. “Leave! Go or we will kill you!” The contortions on his face made it look like a rubbery mask with some living thing pulsating inside. “This place is ours,” he hissed.

“Do not say that name,” the monk screamed with such explosive rage that Ben was sure he could be heard blocks away. The priest leaned near Quan but seemed unable to go forward. Abruptly the priest took one step toward Ben, reached out his arm, and touched him on the chest. Ben flew backward onto the ground. He lay in the street seven feet from where he’d been standing a moment earlier.

Quan raised his voice. “I will say the name of Yesu. You cannot stop me. It is the name above every name, the name to which you shall one day bow. It is he who shed his blood to purchase our way to heaven!”

The priest let out a bloodcurdling howl, sounding like a wounded animal. He retreated into the darkness of the doorway’s jaws.

Quan leaned down and reached out his hand to Ben. “Are you alright?”

“I . . . don’t know,” he said. “I still can hardly breathe.” Quan led him back to the car. They sat in it a few minutes. Ben glanced back at the doorway and thought he saw eyes looking out at them.

They drove out of Pushan in complete silence, Ben shaking. Finally, Ben pulled over by a mango grove, its trees bare. He wiped his shirtsleeve across his face. It was wet and sticky.

“I’m sorry, Ben. I have been very foolish. I should have warned you. I shouldn’t have taken you there. I was angry. . . . I didn’t know it would happen that way. It was different last time.”

“Yes. The one inhabiting the priest lives in another world.”

“No?” Ben felt relieved and confused.

“It was the voice of one of Satan’s warriors. A demon.”

“What language was he speaking? I mean, I heard a few words in Mandarin, of course. I assumed the other language must be Tibetan, but it sounded different from anything I’ve ever heard.”

“Perhaps it was a language from a world you have never been to.”

“This was your way of showing me Lamaistic Buddhism?”

“It was even more overtly demonic than before. But several times I have seen things that were oppressive. Always I can sense the darkness. The Tibetans are in bondage to the Lamaistic monks. Years ago forty percent of Tibetan men had become monks. The population had to feed all of them plus take care of all the women who were left unmarried. While the clergy was in control, the population was kept in poverty and ignorance. The people still live in fear of their gods. Their spiritual bondage is deepened by chants, rituals, sacrifices. Demonic possession is an accepted part of their lives.”

“I had no idea. Why isn’t that talked about in the books and movies?”

“Because it would make poor strategy in America, would it not? Mogui is evil, but he is not stupid. As for Tibet, it needs more than political deliverance. It is one of Mogui’s greatest strongholds. There are perhaps but fifty Christians in the entire country. Our church often prays that the Dalai Lama would be saved and lead his people to freedom in Yesu. But even if he remains the servant of Mogui, we pray the Lama’s prisoners would be liberated to become children of God.”

“He barely touched me, but it felt like my chest was hit by a baseball bat.”

“I had not anticipated this. It is a hard lesson, more dangerous than I realized. Forgive me. I was angry, and in turn I enraged them. But perhaps you will remember not to be deceived by a smiling face and wise words. Pray for the man on your book cover. Weep for his people. But do not embrace his message. For his voice, like many voices that seem wise and kind and generous, is the tool of another, one who spreads his darkness masquerading as an angel of light.” 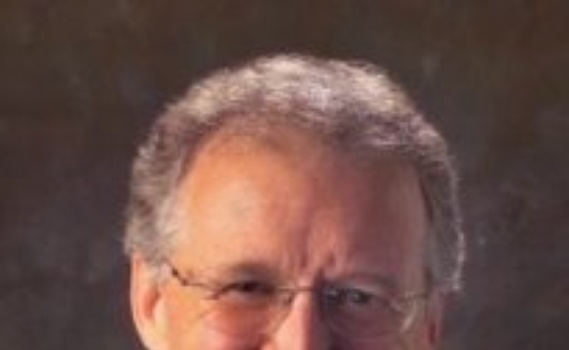 article March 2, 2010
Most people show by their priorities and their casual approach to spiritual things that they believe we are in peacetime, not wartime.
Invest in Eternity