The Incredible Privilege of Fatherhood 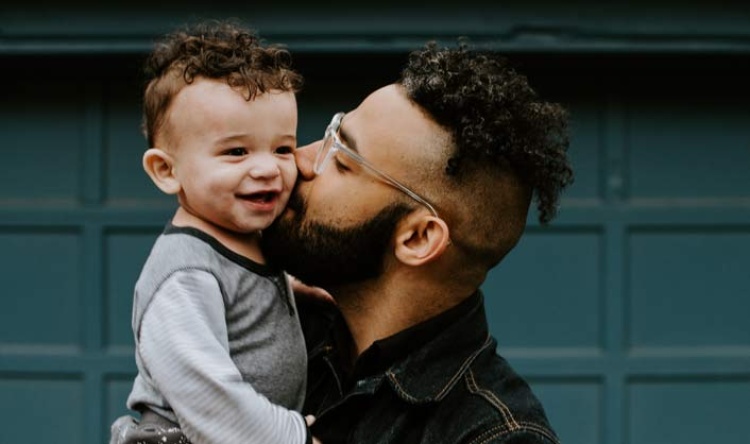 Fatherhood’s an incredible privilege, one we should thank God for every day, but which too easily we grow accustomed to and take for granted and, if we’re not careful, occasionally resent. (For instance, after weeks without having a good sleep.) When we consider God’s sacrifice of His own Son for us, any sacrifices we can make for our children are small. When you’re worn out, remember the people who can’t have children or who have lost a child, and who long every day for the opportunity to be run ragged by these precious little inconveniences.

Parenthood is a calling, far more important than any vocation. Our children and grandchildren are an ongoing investment, a gift we leave to a world we won’t be part of, but which we will impact for eternity through generations that follow us.   It will at times seem long and difficult, but when your children are grown you’ll look back in wonder at how quickly it went by. When we are with our daughters and grandchildren last night it seems like yesterday our kids were doing exactly what their kids are doing now. Don’t let it slip by. Don’t leave yourself full of regrets. At the end of their lives nobody says they wish they’d spent more time at the office or watching TV. Often they say they wish they’d been there for their kids.

Human fatherhood is not merely something which is an illustration of God’s fatherhood, but it’s the product of it. God is not a father “so to speak”; He is the Father from which human fatherhood is directly derived. Our fatherhood is the shadow; His is the substance which casts the shadow. As our marriages are to be signposts to the marriage of Christ to His church (Ephesians 5), our fatherhood is to point our children to their Father in Heaven. We bear on our shoulders the reputation of our Father in Heaven. Whether they want to know Him and walk with Him will largely depend on whether they see Him or us.

There is also no substitute for time spent with your Father in Heaven. Time in His Word and prayer is never wasted. It sets our compass needle to true north, and brings a quality to all the rest of our time.

Set your heart not merely on what’s seen, but what matters for eternity. Consider 2 Corinthians 4:18 and the example of Abraham and Moses in Hebrews 11.

Read to your children. A child who doesn’t learn to love to read will not love to read God’s Word, and will be robbed of joy, perspective and power. The love of reading is a delight far more satisfying than the love of movies and video games, which is not inherently evil, but will generally not foster the spiritual life. A love for reading must be instilled early, as it seldom develops later. Read to your kids. Turn off the television. Use TV with your children sparingly and wisely. The statistics show a generation growing up without the love of reading, and that will mean fewer children growing in the knowledge of God. If you don’t intervene to teach your children to love Jesus, who will? It’s fine to enjoy a good television program once in a while, but will watching Lost, Survivor, sitcoms and American Idol prepare them to walk with God?

Teach your children to be grateful. Do all you can to cleanse them of the entitlement mentality poisoning our culture, that says “I deserve this” and “that’s not fair.” Teach them to not be whiners. Teach them to say thank you. Teach them that money is earned—it doesn’t appear out of nowhere. To teach them all this, of course, requires one primary thing: that you yourselves are grateful, not whiners, that you are good stewards, quick to say thanks, etc.

Teach your children to confess and repent by confessing and repenting in their presence. Admit you’re wrong. Say “I’m sorry, please forgive me,” and it may teach them more than you would have by never failing, and far more than pretending you don’t fail.

Give generously, and involve your children in giving. God’s grace is all about giving, and Jesus said it’s more blessed, more God-approved and more happy-making, to give than to receive (Acts 20:35).  The righteous man “is everlending generously, and his children become a blessing” (Psalm 37:26).

Consider your reason for living to both glorify God and to pass on to your children an inheritance of bold and deep faith. “So even to old age and gray hairs, O God, do not forsake me, until I proclaim your might to another generation, your power to all those to come” (Psalm 71:18).

Don’t succumb to what Robert Hummel called the “tyranny of the urgent.” It may appear urgent to take a phone call when it’s time for my kids to go to sleep. But while I could talk to that person later, my opportunity to read to my child and play with him or her tonight is a window that will soon be closed, and once closed, forever gone. (I may or may not have more nights, but I will never again have this one.) Missed opportunities are first an exception then become a habit, and the next thing we know children are gone and we wonder what we could have built into their lives if only we’d realized how important and fleeting our time with them was.

Remember that Jesus came full of grace and truth. Most mistakes in parenting are a failure to act according to the truth, on the one hand, and in a spirit of grace, on the other. Never choose truth over grace or grace over truth. The two are both essential and should be inseparable. Children raised with truth but not grace become legalists or rebels. Children raised with grace but not truth wander aimlessly, falling off ledges because their parents failed to post signs and build guardrails and hold their hands, which could have saved them.

Fear God, that your children may be blessed.  “Blessed is the man who fears the Lord, whogreatly delights in His commandments! Hisoffspring will be mighty in the land; the generation of the upright will be blessed. (Psalm 112:1).

Never give up on your children. No matter how difficult their struggle, as long as they’re alive, God can change them.

Pray for your children. Sometimes it’s the only thing you can do for them. But it’s always the best thing. Since God is on the throne, and your power is so limited, walk away from your efforts long enough to ask Him to exercise His omnipotence to do what’s best in your children’s lives.

Cultivate your marriage, and protect it. Don’t drift your different directions, losing yourselves in worlds that don’t include each other. Children will sense emotional and intellectual divides between their parents, and it will make them uneasy and set them up to play one of you against the other. The best thing you can do for your children is to love God with all your hearts, and the second best thing you can do is love each other with all your hearts.

Take extraordinary steps to keep from sexual temptation. Countless Christian parents have ruined their spiritual heritage through their carelessness in this area. Don’t think it can’t happen to you. That’s what those to whom it happens thought, and therefore they failed to take the necessary precautions.

Realize that it takes only money to leave your children an inheritance, but it takes spiritual discipline, “a long obedience in the same direction,” to leave them a true heritage.

Realize that apart from Christ you can do nothing (John 15). All you can do in your own power will amount to nothing. What you do in the power of Christ will last for eternity. Millions of years from now, your children and grandchildren, and generations to come will thank you, and thank God for you.

How Can I Be a Good Father If My Own Father Wasn't a Good Role Model?

audio October 23, 2013
Randy talks about being a good father even if your own father was not a good role model, speaking to a group of CEO's (both secular and Christian).
Invest in Eternity