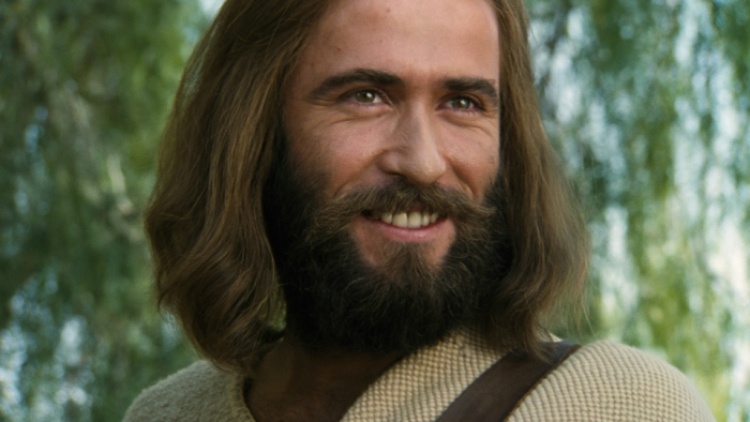 By The JESUS Film

In Colombia, South America, a missionary couple was driving along a rugged mountain road known for occasional attacks by bandits, when suddenly their car was blocked by thieves brandishing assault rifles, who ordered the couple to sit on the roadside while they ransacked the car.

The missionaries fearfully complied, wondering if they would be shot and killed, as often happens. The thieves took nearly everything, including the projector they were using to show the JESUS film in nearby villages. As the thieves began to leave, the husband boldly called, “Wait, you forgot to take the film.” Amazingly, the bandits came back and snatched that, too.

A year later this same missionary was visiting inmates in prison. He was stunned to come across one of the roadway bandits, who immediately recognized him. The thief began to cry, then reached out and embraced him. With deep fervor he said, “I want you to know that after we robbed you, I watched the film and prayed to receive Christ. My life was radically changed, and I want to thank you. I am here in this place because now I am a Christian.”

One of the amazing breakthroughs we continue to hear about is how the Lord is working supernaturally in the Muslim world to bring people to Himself. For example, Cairo, Egypt, the “Hollywood” of the Middle East, was the site of the second largest international book fair in the world in February of ‘97. Only three years ago, 1,000 Arabic videos of the JESUS film were sold at the fair. But in 1998, more than 35,000 videos were sold with a free New Testament included!

Anis Mansour, one of the most famous columnists in Egypt, wrote about the JESUS film on the back page of the Ahram, the most popular daily newspaper in the Arab world. He watched JESUS through two times, then wrote, “The story of humility, simplicity and mercy which conquered violence and suffering...and betrayal by his followers...it is a moving film.”

On the last day of the Muslim fasting month of Ramadan, a Christian worker and his wife were driving along the deserted streets of Cairo just after the fast when everyone was home eating. They saw an old crippled man with a crutch waiting at a bus stop. Knowing that it would be an hour before the bus would come, the couple offered to give the man a ride. His clothes were tattered, and he was carrying a bag full of what seemed to be leftover pieces of meat and bones.

The couple drove the man as far as they could. As he got out of the car, they gave the man a New Testament. He thanked them and then asked, “Do you have the film?” Puzzled, the couple asked, “What film?” “The JESUS film,” replied the man. When asked how he knew about the film, he responded, “My son bought it at the book fair. We’ve all watched it, and I’d like a copy.”

This breakthrough in Egypt not only demonstrates the tremendous demand for the scriptures in non-traditional formats in Muslim countries, but it’s evidence of the spiritual hunger in the souls of people like the crippled man mentioned above. This story is just one of the many examples of how God is moving today in the Middle East.

In the mountains of Southeast Asia, Hsam Yone, a local witch doctor, claimed to have 50 decapitated heads stashed in and around his bamboo hut. As a village leader, he had prestige among his people (because the more heads you have, the more status). When a JESUS film team bravely came to his area, the witch doctor resisted and refused to go to the showing. But, his 73-year-old mother went.

She heard the story of Christ, yet, did not respond. A few weeks later, she fell from a bamboo ladder and was paralyzed. On her bed, she remembered the film and called for the pastor from a nearby village who had been with the film team. Sitting by her bedside he told her, “Jesus can not only save you from your sin, but He can also heal your sickness.” She believed, prayed to receive Christ, and was healed!

Still her son, the witch doctor, remained hard-of-heart, believing in “his spirits” and opposed to Christ. Able to walk again, his mother attended a New Life Training Center where she learned that if she prayed for her son, the Holy Spirit would draw him to the Lord.

Meanwhile, Hasm—with his 50 heads nearby—was suddenly struck with the thought: “If someone were to cut off MY head, where will I spend eternity? I don’t know!”

Immediately, he called for the same pastor who had led his mother to Christ. After talking for two hours, the witch doctor also trusted Christ and was baptized. With his “prestige” still intact, he gathered the entire village together—all 1,008 members. He told them what God had done for him. Each one prayed to receive Christ.

After two weeks of meetings with the pastor, the entire group marched in line over narrow mountain trails to a stream where, one at a time, they were baptized!

In the last six months more than 100,000 Wa have seen the film in scores of villages. And now, the growing Wa church has set a goal of seeing 300,000 of their people come to Christ. To accomplish this, they want to send out a number of new JESUS film teams. Plus, they have a vision to cross over into China and share Christ with 500,000 more Wa!

The expense of gasoline for the generators is often a problem in Burma. (Named Myanmar by the military government in 1989, Burma is the name preferred by most of the people.) In one area, the team had only one gallon of gasoline—enough for one film showing. Only a few people gathered at first. Rumors had circulated that Christianity was for Westerners and not for Burmese people. Then, word spread that Jesus speaks Burmese. Local Buddhist monks provided gasoline for the generator. After insisting that the film team show the JESUS film three times in a row, 37 Buddhist monks prayed to receive Christ.

In another district in Myanmar, 42 villages turned to Christ after seeing the JESUS film. After the first showing, when an entire village stood to receive Christ, surprised team members asked why. Villagers explained that when witch doctors threw fire at the team members’ backs, the fire turned to flowers. All of the villagers wanted to follow Christ since He is more powerful than the evil spirits they served. Forty-two pastors were subsequently trained—a pastor for each village.