Why Would People Choose to Suffer in Hell Rather Than Serve God? 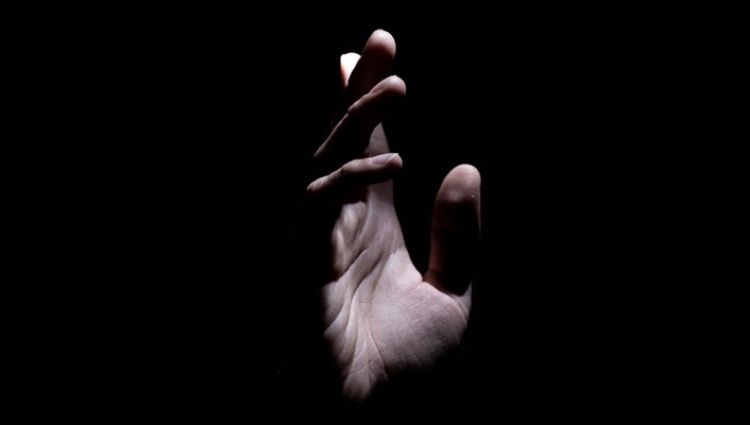 I was struck by the fact that it really is insane, illogical, plain NUTS to choose to sin, to disbelieve God. I mean, everything’s laid out, God’s explained everything, and yet there are people who would prefer to suffer in hell than serve God. Satan knew everything, and he chose to rebel, and so many other people do likewise. I’m simply amazed at the audacity of human pride, and its stubborn depths.

I think the most powerful and chilling portrayal of the insanity of rejecting God—which we do whenever, in words or actions, we proudly affirm our greatness and achievements—is Nebuchadnezzar in Daniel 4.

It doesn’t get the attention of the fiery furnace in chapter 3, the lions’ den in chapter 6, or even the handwriting on the wall in chapter 5. But Daniel 4 is a stunning visual and insightful statement of the fact that it is not merely wrong, but incredibly STUPID and self-destructive to choose the path of arrogance in the face of almighty God. It is a good passage for those who use the very breath and speech that are a gift of God to curse Him, and a good passage for the rest of us as well.

Here are some highlights of Daniel 4:

“Then Daniel, whose name was Belteshazzar, [said].... ‘you shall be driven from among men, and your dwelling shall be with the beasts of the field. You shall be made to eat grass like an ox, and you shall be wet with the dew of heaven, and seven periods of time shall pass over you, till you know that the Most High rules the kingdom of men and gives it to whom he will. And as it was commanded to leave the stump of the roots of the tree, your kingdom shall be confirmed for you from the time that you know that Heaven rules. Therefore, O king, let my counsel be acceptable to you: break off your sins by practicing righteousness, and your iniquities by showing mercy to the oppressed, that there may perhaps be a lengthening of your prosperity.’ (v. 19, 25-27)

“All this came upon King Nebuchadnezzar. At the end of twelve months he was walking on the roof of the royal palace of Babylon, and the king answered and said, ‘Is not this great Babylon, which I have built by my mighty power as a royal residence and for the glory of my majesty?’ While the words were still in the king’s mouth, there fell a voice from heaven, ‘O King Nebuchadnezzar, to you it is spoken: The kingdom has departed from you, and you shall be driven from among men, and your dwelling shall be with the beasts of the field. And you shall be made to eat grass like an ox, and seven periods of time shall pass over you, until you know that the Most High rules the kingdom of men and gives it to whom he will.’ Immediately the word was fulfilled against Nebuchadnezzar. He was driven from among men and ate grass like an ox, and his body was wet with the dew of heaven till his hair grew as long as eagles’ feathers, and his nails were like birds’ claws. (v. 28-33)

“At the end of the days I, Nebuchadnezzar, lifted my eyes to heaven, and my reason returned to me, and I blessed the Most High, and praised and honored him who lives forever, for his dominion is an everlasting dominion, and his kingdom endures from generation to generation; all the inhabitants of the earth are accounted as nothing, and he does according to his will among the host of heaven and among the inhabitants of the earth; and none can stay his hand or say to him, ‘What have you done?’ (v. 34-35)

“At the same time my reason returned to me, and for the glory of my kingdom, my majesty and splendor returned to me. My counselors and my lords sought me, and I was established in my kingdom, and still more greatness was added to me. Now I, Nebuchadnezzar, praise and extol and honor the King of heaven, for all his works are right and his ways are just; and those who walk in pride he is able to humble.” (v. 36-37)

The above is the English Standard Vision (ESV). I like the New International Version’s translation of verse 26: “your kingdom will be restored to you when you acknowledge that Heaven rules.” And verses 34-35, “At the end of that time, I, Nebuchadnezzar, raised my eyes toward heaven, and my sanity was restored. Then I praised the Most High; I honored and glorified him who lives forever. His dominion is an eternal dominion; his kingdom endures from generation to generation. All the peoples of the earth are regarded as nothing. He does as he pleases.”

Notice the exact moment when Nebuchadnezzar ceases to be insane: when “I raised my eyes toward heaven, my sanity was restored.”

How do we stop the madness of pride and the insanity of sin? We stop it by raising our eyes toward heaven and by realizing that we are nothing and He is everything, and that the universe is not about what pleases me, but what pleases God. (This is an argument for starting each day in Scripture to recalibrate and make sure the compass is pointing true north, to the person of God.)

Daniel 4 is a story full of theology and wisdom: not only for those who look into a camera and deny the Holy Spirit, but for we who name Christ, yet often ignore God and imagine that we can accomplish anything without His provision of grace and empowerment. As Christ put it, “Apart from me you can do nothing.”

I Peter 5 says, “All of you, clothe yourselves with humility toward one another, because, ‘God opposes the proud but gives grace to the humble.’ Humble yourselves, therefore, under God’s mighty hand, that He may lift you up in due time.” (v. 5-6)

So what’s right is smart and what’s wrong is stupid. Always. Humility preserves us; pride destroys us. Acting in arrogance is like wearing a sign that says “kick me.” Being proud is a prayer to God: “strike me down.” It’s a prayer He’s certain to answer.

“God opposes the proud but gives grace to the humble.” Let’s see, door number one, or door number two. Which do I want, God’s opposition or God’s grace? It’s my choice, and the way I cast my vote is with pride or with humility. By the way we live, you’d think it was a tough call, wouldn’t you? In fact, it’s only a tough call for the insane, those who are out of touch with reality, people who sometimes are like I am—clinically stupid.

Which would I rather put myself under...God’s curse or God’s blessing?

Photo by Akira Hojo on Unsplash

video May 29, 2013
Randy Alcorn talks about Hell and the misconception the demons will take pleasure in torturing humans there. This video clip was excerpted from Randy's Eternity 101 DVD class.
Invest in Eternity