What Do You Think About In Vitro Fertilization, Frozen Embryos, etc.?

There is substantial scientific reason to believe frozen embryos are persons and should be granted the same rights as older, larger, and less vulnerable persons.

In 1983 bioethical discussions were forever changed when Mario and Elsa Rios died in an airplane crash. They left behind two frozen embryos, in an invitro fertilization clinic in Melbourne, Australia. Medical and legal journals suddenly had major issues to discuss, which had not begun to be resolved by the year 2000.1 Currently there are more than 320 law review articles on the legal controversies surrounding frozen human embryos.2

Did the frozen embryos have property rights? If they were successfully implanted in a woman willing to bear them, would they stand to inherit the wealthy Rios estate? What were the ethical obligations of family and society? What should be done with the frozen embryos? Should they be discarded? Donated to another couple? Left frozen indefinitely?3 Though it’s very expensive and its success rate is low, many infertile couples are turning to invitro fertilization (IVF) and artificial insemination. Fertility drugs given to women in IVF programs often produce more embryos than can safely be implanted at one time. It is standard practice to freeze the unused embryos through cryopreservation, in case they are needed later, when they can be thawed and implanted. Because of factors that include divorce, death, and changes of intention, the status of these embryos becomes uncertain.

More than ten million U.S. couples are infertile. In the last ten years the infertility industry has grown from about thirty to over three hundred clinics, with earnings exceeding one billion dollars—and the growth continues. In 1999 more than seventy-five thousand infants were born after IVF. This was more than twice as many as were available through traditional adoption.4 At the same time, a 1999 Washington Post article reports that hundreds of thousands of human embryos are now frozen, suspended in liquid nitrogen tanks (with an estimated nineteen thousand more frozen embryos to be added each year).5

This should be of immense concern to all who believe human life begins at conception:

Not all embryos survive the freeze-thaw process. A 50% survival rate is considered reasonable. After the thaw, embryos retaining 50% or more of the cells they had before freezing are cultured and placed back in the uterus via a tube inserted in the cervix. The number returned varies with the desires of the patient under the guidelines of age categories; under 35 years old, up to four embryos, 35 years and older, up to six embryos. National statistics for women 39 or less is 27% per embryo transfer, for women over 39, 14% per embryo transfer. Delivery rates will be lower due to miscarriage.6

Three to six embryos may be implanted in the hopes one may live, but the majority die. In the best-case scenario, six embryos die while another six survive freezing, then at least two to five of these six die in the attempt to implant one. Often all of them die.

When, even under optimal conditions, physicians attempt to implant an embryo conceived invitro, the success rate is startlingly low. According to Dr. Leon Speroff’s widely regarded text in endocrinology and fertility, the success rate in any given cycle is 13.5 percent. Since typically three to six embryos may be used to attempt implantation, the actual survival rate is just over 3 percent. This means that twenty-nine out of thirty embryos die in order to implant a single child.7

Some are quick to justify this on the basis that there is also a high rate of miscarriages in the natural reproductive process. But the difference is profound. What God does is up to Him, but we are not God. We do not have his prerogatives over human life and death. Spontaneous miscarriages are not our responsibility. What is our responsibility is child deaths caused by the overproduction of embryos in the hopes of a single implantation.

World-renowned geneticist Dr. Jerome LeJeune persuasively argued before the trial court, in Davis v. Davis (a custody dispute involving seven human embryos) that the human embryo is in fact a human being, a real person.8 After listening to various testimonies, the court’s opinion was this: “Cryogenically preserved embryos are human beings…. Human embryos are not property. Human life begins at conception. Mr. and Mrs. Davis have produced human beings, invitro, to be known as their child or children.”9

In 1996 in Great Britain 3,300 frozen embryos were thawed out, destroyed with saline solution, and incinerated as biological waste.10 A study at two fertility clinics in Manchester, published in The Lancet medical journal, showed 904 of 1344 frozen embryos had been thawed because couples had not requested another five-year extension or donated them to other couples or for research. “We are extremely concerned at the high rate of embryo destruction highlighted in this study,” said Dr. Brian Lieberman of St. Mary’s Hospital in Manchester. “This is the first time anyone in the world has reported the decisions made by a group of people with embryos in storage for five or more years.”11

Can Christians, or any citizens with a respect for life, participate in good conscience in the supervised overproduction of human embryos that ultimately leads to such destruction? One prolife physician who is a fertility specialist, and works with frozen embryos, wrestled with this issue for years. Finally, he came to the conclusion that human life does not begin at conception, but at implantation. This was a convenient change in belief that allowed him to continue in his profession. Unfortunately, the notion that life begins at implantation has no biological basis.

I believe most conservative Christians would agree this practice is morally indefensible from a biblical perspective. On the other hand, I feel that in vitro fertilization is less problematic when the donors are husband and wife—IF all the fertilized eggs are inserted into the uterus (i.e., no ova are wasted or disposed of after fertilization and no selection process by doctors or parents occurs.) As the woman’s body then accepts one (or more) eggs and rejects the others, the process is left in God’s hands and seems to violate no moral principles.12

3 Robert W. Evans, “The Moral Status of Embryos,” in The Reproduction Revolution, 60.

12 Physician, Focus on the Family, January-February 2000. 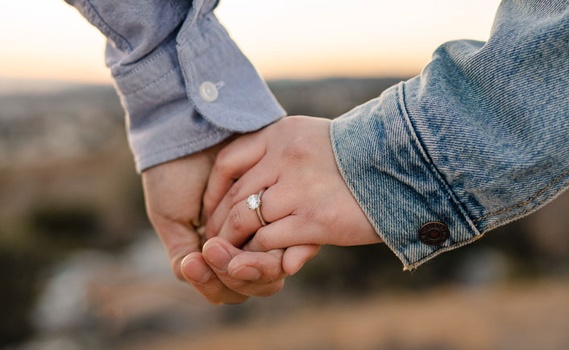 What Are the Moral Issues Related to In Vitro Fertilization?

article December 7, 2010
There are several moral issues with in vitro fertilization.

article January 18, 2010
Can Christians, or any citizens with a respect for life, participate in good conscience in the supervised overproduction of human embryos that ultimately leads to such destruction?
Invest in Eternity