There is no language that cannot learn to praise God. He is the God of many cultures, a Lover of diversity, and the Creator of every tribe and every tongue. In the book of Revelation, John recorded the heavenly song of the 24 elders around God’s throne who praise Him by singing, “for you were slain, and by your blood you ransomed people for God from every tribe and language and people and nation” (Rev. 5:9). The diversity of languages provides a wider range of opportunity to glorify God: “We hear them declaring the wonders of God in our own tongues!” (Acts 2:11)

But there is work yet to do so that every tribe can hear the good news of Christ in their own language. There are almost 2,300 languages around the world that do not have the Bible, comprising an estimated 270 million people who have yet to hear the good news of Christ in their mother tongues. These 270 million people do not yet know about the powerful love of the one true God, who through His blood freely offers to ransom and redeem them. They have yet to hear that this God really does speak their language!

Eternal Perspective Ministries, through the work of one of our ministry partners, is privileged to have the opportunity to help translate the Gospel into two languages, the El and Que languages. Translation has never before been attempted in these languages, which represent about 700,000 people living on a Southeast Asian island near China. It is a place where believers make up less than 1% of the population, and where there are only six churches, which use the national language, not the Elque languages. These churches are closely supervised by outsiders and are not allowed to bring in new people. Five of them are based on tradition and steeped in ritual.

The Word in their mother tongue will offer a catalyst for revival among these struggling groups. One church has already expressed an interest in the Elque cluster translation project. The small group of believers wants to explain their faith to their relatives and neighbors, but they have no Scripture tools. The only Scripture available to them is in a foreign language and is irrelevant to their friends. Scripture in their mother tongue will provide the authority these Christians need to share their faith.

God has provided four mother tongue translators per language who will do full-time translation. Because the Elque people are oral learners, they will begin by translating some of the Biblical stories orally. Since neither El or Que is a written language at present, these oral stories, carefully chosen and taught, are designed to quickly open doors and soften hearts to Christ’s message. During this initial oral phase of the project, linguists will also develop a written form for the Elque languages and produce the script for the JESUS film. This will provide a solid foundation for the video version of the JESUS film, written forms of the oral stories, and the translation of Acts. 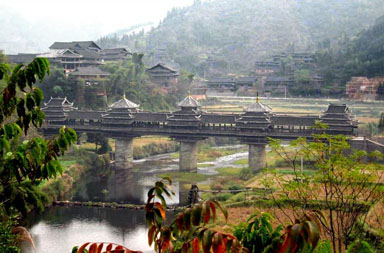 The Elque believers desire to have at least the entire New Testament and Old Testament portions in each of their languages. The translators are committed to seeing these goals accomplished. 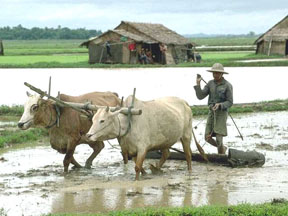 Randy Alcorn says, “I believe so much in this project that I’ve committed Eternal Perspective Ministries to funding it. Much of the money will come from our book royalties, but I would ask others to prayerfully consider joining us in giving to this project. I know God will provide, and I want others to have the joy of being part of this with us.”

The song “Thank you” pictures us meeting people in Heaven who explain how our giving touched their lives. They say, “Thank you for giving to the Lord, I am so glad you gave.” This is more than just a nice sentiment. It’s something that will actually happen. Every time you give to world missions and famine relief and God’s kingdom, dream about the day you will meet precious people in Heaven who your giving tremendously impacted.

The most enthusiastic supporters of this project are Elque believers who have come to faith in majority-language churches. They see the need for heart language Scriptures and other resources. However, they cannot accomplish the task without help.

To receive postal mail prayer requests and updates about the translation’s progress and/or to contribute financially to the project, please contact Eternal Perspective Ministries at (503) 668-5200, or e-mail stephanie@epm.org with your name and physical mailing address. Because of the confidential nature of this project, and for security reasons, detailed progress updates will not be available on the EPM website, Randy’s blog, or through email.

video December 22, 2010
Randy Alcorn shares about what it means to him to have his books translated into other languages, pointing out some of his favorite covers.
Invest in Eternity