Are Animals Capable of Praising God? 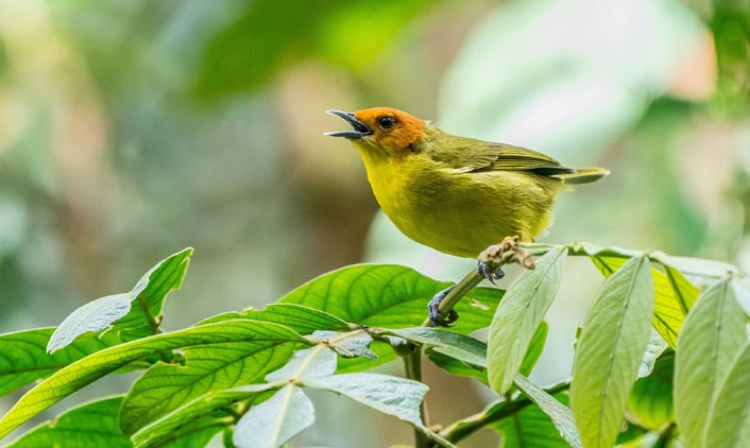 We've been having an argument about animals, and whether they are capable of praising God. What do you think?

The following is excerpted from my book Heaven.

Consider the psalms. Psalm 148 commands all of creation to praise the Lord, including the animals: "Wild animals and all cattle, small creatures and flying birds, kings of the earth and all nations, you princes and all rulers on earth, young men and maidens, old men and children. Let them praise the name of the Lord, for his name alone is exalted; his splendor is above the earth and the heavens" (vv. 10-13). If in some sense fallen animals, shadows of what they once were, can praise God on this fallen Earth, how much more should we expect them to do so on the New Earth? "Let everything that has breath praise the Lord" (Psalm 150:6). Since animals are said to have breath, they are included among those directed to praise God.

Passages in Revelation also indicate that the animals will praise their creator: "Then I heard every creature in heaven and on earth and under the earth and on the sea, and all that is in them, singing: 'To him who sits on the throne and to the Lamb be praise and honor and glory and power, for ever and ever!'" (Revelation 5:13). What are these "creatures" said to do? To sing praises to God in worship. If "every creature in heaven and on earth" includes animals, then animals praise God.

The most striking example of animals praising God in Heaven is often overlooked because of word selection in our Bible translations. We're told eight times in Revelation of "living creatures" in the intermediate Heaven: "Day and night they never stop saying: 'Holy, holy, holy is the Lord God Almighty, who was, and is, and is to come.'... The living creatures give glory, honor and thanks to him who sits on the throne" (Revelation 4:8-9).

The word translated "living creatures" is zoon. Throughout most of the New Testament the word is translated "animal" and is used to indicate animals sacrificed in the temple and wild, irrational animals (Hebrews 13:11; 2 Peter 2:12; Jude 1:10). In the Old Testament, the Septuagint used zoon to translate the Hebrew words for animals, including the "living creatures" of the sea (Genesis 1:21; Ezekiel 47:9). In extrabiblical writings, zoon commonly referred to ordinary animals and was used of the Egyptians' divine animals and the mythological bird called the Phoenix (1 Clement 25:2-3 1 Clement 25:2-3 ). In virtually every case inside and outside of Scripture, this word means not a person, not an angel, but an animal. The King James version translates zoon "beasts" in Revelation, but the negative connotations of that word led subsequent translators to settle on "living creatures." The most natural translation would be simply "animals." That word would likely have been chosen by translators if it didn't sound so strange for readers to envision talking animals praising God around his throne! The "living creatures" look like a lion, ox, a man, and an eagle (Revelation 4:7 Revelation 4:7 ). They appear to be the same creatures of Ezekiel 1:5-14 and Ezekiel 10:10-14, also called the cherubim, who are distinguished from angels (Revelation 15:7). The cherubim are first mentioned in Genesis 3:24, as Eden's guardians. Their images were carved out of gold and placed on the Ark of the Covenant, indicating their closeness to God.

Somehow we have failed to grasp that the "living creatures" who cry out "Holy, holy, holy," are animals—living, breathing, intelligent and articulate animals who dwell in God's presence, worshiping and praising him. They are greater than the animals we know, and they preexisted the animals we know. Perhaps they're the prototype creatures of Heaven after whom God designed Earth's animals. But even though they're highly intelligent and expressive, they're still animals; that's what Scripture calls them.

When we grasp these passages, we'll see the error of the statement, "Clearly animals do not fit into the main purpose of heaven, which is the articulation of God's praise."1 On the contrary, the primary beings shown articulating God's praise in Heaven, along with angels and humans (the elders), are animals!

Photo by Rod Long on Unsplash

video September 11, 2013
In Revelation we are told all living creatures will praise the glory of God. Randy Alcorn explains that the word translated as "living creatures" is normally translated as "animals." Even the animals will glorify God in Heaven. This video clip was excerpted from Randy's Eternity 101 DVD class.

video September 11, 2013
The command to observe the Sabbath in Exodus 20:9-10 includes animals. Even they are to rest, demonstrating God's care for all living creatures. In fact, historically, Christianity has held the view that animals have souls though Randy Alcorn explains their souls are very different from human souls. Only man is made in the image of God. This video clip was excerpted from Randy's Eternity 101 DVD class.

video September 11, 2013
From the book of Jonah, Randy Alcorn shows that God delights in all living creatures including animals. In fact, the Bible talks about animals praising God simply by the fact that they bring pleasure to Him as living creatures. This video clip was excerpted from Randy's Eternity 101 DVD class.
Invest in Eternity