A. W. Tozer: Failure and Success

The School of Failure

As a father pities his children, so the Lord pities those who fear Him. For He knows our frame; He remembers that we are dust. (Psalm 103:13-14)

For some of us last year was one in which we did not acquit ourselves very nobly as Christians, considering the infinite power available to us through the indwelling Spirit. But through the goodness of God we may go to school to our failures. The man of illuminated mind will learn from his mistakes, yes even from his sins. If his heart is trusting and penitent, he can be a better man next year for last year's fault—but let him not return again to folly. Repentance should be radical and thorough, and the best repentance for a wrong act, as Fenelon said, is not to do it again....

Brother Lawrence expressed the highest moral wisdom when he testified that if he stumbled and fell he turned at once to God and said, “O Lord, this is what You may expect of me if You leave me to myself.” He then accepted forgiveness, thanked God and gave himself no further concern about the matter. (The Warfare of the Spirit, 102-104)

The essence of His teaching is that true greatness lies in character, not in ability or position. Men in their blindness had always thought that superior talents made a man great, and so the vast majority believe today. To be endowed with unusual abilities in the field of art or literature or music or statecraft, for instance, is thought to be in itself an evidence of greatness, and the man thus endowed is hailed as a great man. Christ taught, and by His life demonstrated, that greatness lies deeper.

While a few philosophers and religionists of pre-Christian times had seen the fallacy in man's idea of greatness and had exposed it, it was Christ who located true greatness and showed how it could be attained. 'Whosoever will be great among you, let him be your minister; and whosoever will be chief among you, let him be your servant.' It is that simple and that easy—and that difficult.  (Born After Midnight, 50)

Our Dowry of Everlastingness

As for man, his days are like grass; as a flower of the field, so he flourishes. For the wind passes over it, and it is gone, and its place remembers it no more. But the mercy of the Lord is from everlasting to everlasting on those who fear Him, and His righteousness to children's children.  (Psalm 103:15-17)

We who follow Christ are men and women of eternity. We must put no confidence in the passing scenes of the disappearing world. We must resist every attempt of Satan to palm off upon us the values that belong to mortality. Nothing less than forever is long enough for us. We view with amused sadness the frenetic scramble of the world to gain a brief moment in the sun. 'The book of the month,' for instance, has a strange sound to one who has dwelt with God and taken his values from the Ancient of Days. 'The man of the year' cannot impress those men and women who are making their plans for that long eternity when days and years have passed away and time is no more.

The church must claim again her ancient dowry of everlastingness.

She must begin again to deal with ages and millenniums rather than with days and years. She must not count numbers but test foundations. She must work for permanence rather than for appearance. Her children must seek those enduring things that have been touched with immortality. The shallow brook of popular religion chatters on its nervous way and thinks the ocean too quiet and dull because it lies deep in its mighty bed and is unaffected by the latest shower.  (The Next Chapter After the Last, 9)

The Small and the Great

Yes, all of you be submissive to one another, and be clothed with humility, for "God resists the proud, but gives grace to the humble." (1 Peter 5:5)

Some time ago we heard a short address by a young preacher during which he quoted the following, "If you are too big for a little place, you are too little for a big place."

It is an odd rule of the kingdom of God that when we try to get big, we always get smaller by the moment. God is jealous of His glory and will not allow anyone to share it with Him. The effort to appear great will bring the displeasure of God upon us and effectively prevent us from achieving the greatness after which we pant.

Humility pleases God wherever it is found, and the humble person will have God for his or her friend and helper always. Only the humble are completely sane, for they are the only ones who see clearly their own size and limitations. Egotists see things out of focus. To themselves they are large and God is correspondingly small, and that is a kind of moral insanity.  (This World: Playground or Battleground? 34)

For we are not, as so many, peddling the word of God; but as of sincerity, but as from God, we speak in the sight of God in Christ. (2 Corinthians 2:17)

Much that passes for Christianity today is the brief bright effort of the severed branch to bring forth its fruit in its season. But the deep laws of life are against it. Preoccupation with appearances and a corresponding neglect of the out-of-sight root of the true spiritual life are prophetic signs which go unheeded. Immediate “results” are all that matter, quick proofs of present success without a thought of next week or next year. Religious pragmatism is running wild among the orthodox. Truth is whatever works. If it gets results it is good. There is but one test for the religious leader: success. Everything is forgiven him except failure.

A tree can weather almost any storm if its root is sound, but when the fig tree which our Lord cursed “dried up from the roots” it immediately “withered away.” A church that is soundly rooted cannot be destroyed, but nothing can save a church whose root is dried up. No stimulation, no advertising campaigns, no gifts of money and no beautiful edifice can bring back life to the rootless tree. (The Root of the Righteous, 4-5)

The Passion for Publicity

For neither at any time did we use flattering words, as you know, nor a cloak for covetousness-God is witness. Nor did we seek glory from men, either from you or from others, when we might have made demands as apostles of Christ. (1 Thessalonians 2:5-6)

If this is a fairly accurate view of things, what can we say then when Christian men vie with one another for place and position? What can we answer when we see them hungrily seeking for praise and honor? How can we excuse that passion for publicity which is so glaringly evident among Christian leaders? What about political ambition in Church circles? What about the fevered palm that is stretched out for more and bigger “love offerings”? What about the shameless egotism among Christians? How can we explain the gross man-worship that habitually blows up one and another popular leader to the size of a colossus? What about the obsequious hand-kissing of moneyed men by those purporting to be sound preachers of the gospel?

There is only one answer to these questions; it is simply that in these manifestations we see the world and nothing but the world. No passionate profession of love for 'souls' can change evil into good. These are the very sins that crucified Jesus. (God's Pursuit of Man, 126)

And He is the head of the body, the church, who is the beginning, the firstborn from the dead, that in all things He may have the preeminence. (Colossians 1:18)

It is too bad that anything so obvious should need to be said at this late date, but from all appearances, we Christians have about forgotten the lesson so carefully taught by Paul: God's servants are not to be competitors, but co-workers....

A local church, as long as it is indwelt by the Holy Spirit, cannot entertain the psychology of competition. When it begins to compete with another church, it is a true church of God no longer; it has voided its character and gone down onto a lower level. The Spirit that indwells it is no longer divine; it is human merely, and its activities are pitched on the plain of the natural....

The Holy Spirit always cooperates with Himself in His members. The Spirit-directed body does not tear itself apart by competition. The ambitions of the various members are submerged in the glory of the Head, and whatever brings honor to the Head meets with the most eager approval of the members.

We should cultivate the idea that we are co-workers rather than competitors. We should ask God to give us the psychology of cooperation. We should learn to think of ourselves as being members in particular of one and the same body, and we should reject with indignation every suggestion of the enemy designed to divide our efforts. (The Next Chapter After the Last, 56-57) 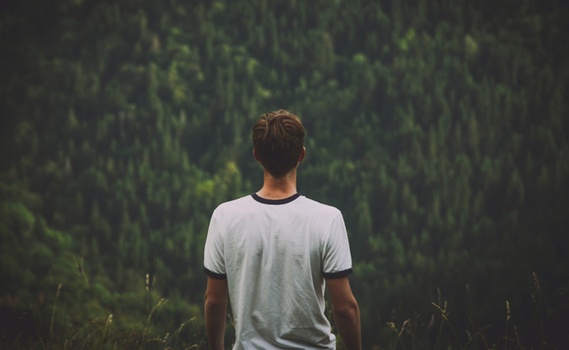 Dialogue with a Reader: Will I Go to Hell If I Fail at Living a Good Christian Life?

article March 12, 2014
Everyone who tries to live the Christian life fails. I’ve failed. Randy has failed. But God doesn’t reject us when we fail; He helps us grow. You expressed there are many things keeping you from the life God wants for you. God wants your life to be full of hope, love, peace, grace and forgiveness and so much more.
Invest in Eternity