Be A Christian Environmentalist

At last—a way to be Christian and popular at the same time. By protecting the environment, you can do good and still be politically correct.

Hold on. Before you run off to get your Greenpeace card, let's take a little closer look at this whole issue of environmental protection. The environmental movement is probably one of the largest social movements of the late 20th century. And, as the pope points out, it is in many ways a very important movement. But we need to understand why it's important and what should motivate us to protect the environment.

When God plopped us here on earth, He didn't just set us up in some functional but boring place, like the administration building of the average campus. He gave us an extraordinary beautiful home. Have you ever seen the California Coast, or the Colorado Rockies at sunset, or New England in the fall? This is a gorgeous set-up we're living in. But it doesn't come to us without a certain price. God has given us a huge responsibility here on earth—we're supposed to take care of the place. It's only fair—we'll only be here for a while, but the world will have to last for generations to come. The least we can do is to clean up before the next tenants arrive.

Unfortunately, the rapid technological progress of recent generations hasn't always respected the integrity and beauty of God's creation. Twentieth-century man figured out that there are a whole lot of ways we can make our lives more efficient. That's not a bad thing, but sometimes our search for efficiency has taken a toll on the environment in which we live. That's bad.

God created the world to work as a unified whole. Trees emit the oxygen we need to breathe. We emit carbon dioxide that trees need. Animals prey on each other to maintain a natural balance. This is all part of the "proper ecological balance" that the Holy Father is talking about. Everything works together and if one part gets too far off kilter, it upsets the rest of the system.

For us, protecting the earth is a part of loving each other. The earth was created by God so that people, created in His image and likeness, could have a beautiful place to live, eat, thrive and work out God's plan. It was given to us, for our use and our enjoyment. We need to protect it, and to maintain the proper ecological balance, so that generations to come can use and enjoy the earth, too. We protect the earth for the sake of man. The Christian viewpoint has certain ramifications. Protection of the environment obviously isn't absolute. We don't refuse to ever chop down a tree. Our appreciation of trees is mitigated by our appreciation of having houses to live in and tables to eat on. We need a certain amount of progress, to protect our lives and our interests. And while as Christians we shouldn't be cruel to animals, neither should we put their welfare above the welfare of people created in God's image. Our struggle is in finding a balance that gives us progress without unduly sacrificing the other elements of God's creation.

Some radical environmentalists have a different philosophy. They don't believe that the earth is for man. They believe that man is for the earth. To them the earth itself is more important than the people
God placed in it.

The philosophy of the radical environmentalists is based in a misunderstanding of truth and of God's "values system." God created man above the animals—we have eternal souls, we're created in His image and likeness. The earth has value because it allows us to fulfill our mission on earth. We protect the earth for the sake of God's highest creation, people. Radical environmentalists, on the other hand, value trees, animals and scenery for their own sake, giving them more value than people. They've set up a false "religion" which puts the creation ahead of the Creator. To sacrifice human well-being to protect a tree or an animal is to distort the truth of God's creation.

Even within the Christian philosophy of environmental protection, there is a lot of room for disagreement. How much open space should we leave? Should we have more national parks or more office parks? These are issues on which Christians can and do disagree. But they need to agree on the final goal—protecting the earth for the sake of the humans who inhabit it.

This article appeared in the March 30, 1995 issue of "The Arlington Catholic Herald" and on the web: http://www.ewtn.com/library/YOUTH/CHENVIR.TXT 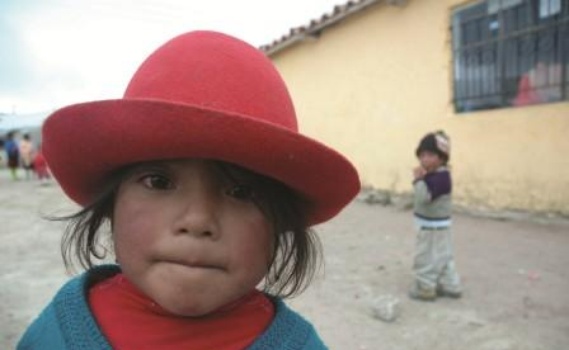 Seven People Lying at the Side of the Road: Will you be a good Samaritan?

article November 7, 2012
I have been preaching a lot recently on the story of the Good Samaritan. I believe it’s a fitting message because there are so many people lying at the side of the road today; there are so many who are suffering and need Jesus—both for salvation and for those practical, life-sustaining needs we all have.

Is It Wrong to Love This Earth?

video May 1, 2011
In this video clip, Randy Alcorn answers the question, "Is it wrong to love this earth?
Invest in Eternity