Where Do People Get Their Theological Beliefs? 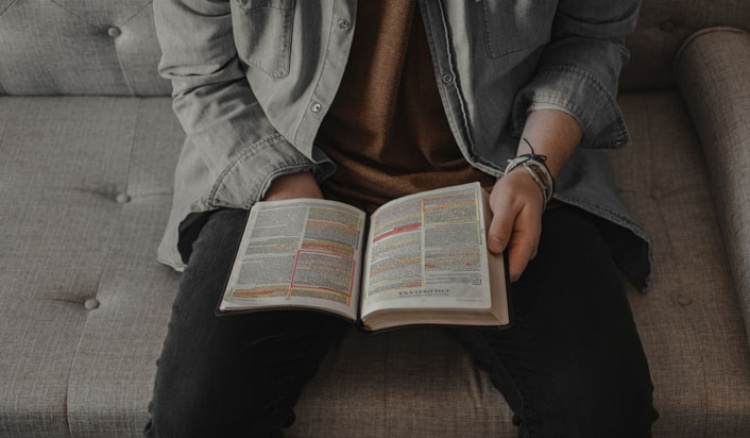 Lots of people believe lots of different things, such as that everyone will go to Heaven. Where do people get their theology?

Our theology tends to come from whatever we trust. Some people unfortunately do not trust Scripture, but a hodgepodge of pop psychology and pop religion, with a little New Age thrown in. The fact that someone has some good insights along the way makes the heresy all the more effective. Hand somebody undisguised rat poison and they won’t eat it. Cover it in chocolate, and they likely will. All effective heresy contains some, even much that is true—it’s the chocolate that deceives us into eating the rat poison.

But there’s another answer to the question “Where does such theology come from?”

1 Timothy 4:1—”The Spirit clearly says that in later times some will abandon the faith and follow deceiving spirits and things taught by demons” (“doctrines of demons” in some translations). False doctrine is more than errant human opinion. Often its source is in another world, where evil spirits label to deceive us. Ironically, demons know true doctrine better than we do—making them all the more effective in obscuring and twisting it: “You believe that there is one God. Good! Even the demons believe that—and shudder” (James 2:19).

A remarkable statement is made in 1 Timothy 6:3-4—”If anyone teaches false doctrines and does not agree to the sound instruction of our Lord Jesus Christ and to godly teaching, he is conceited and understands nothing...”

A rather blanket condemnation, but nonetheless what Scripture says. What strikes me is the first description that comes to Paul’s mind, as prompted by the Holy Spirit—before all else, a teacher of false doctrines is regarded as conceited. Why? I think it’s because he chooses his preferred doctrines over God’s revealed doctrines. And that is not just error, it is the ultimate conceit. It says “I trust my own opinions and perspectives (which are often identical to the current drift of culture) more than I trust God’s.” Hence, he is putting himself in God’s place. Following in the devil’s footsteps, and thereby earning the same condemnation, he sets himself up as if he were God.

The judgment upon the false prophet is serious indeed (capital punishment in Old Testament). The burden laid on Bible teachers in the New Testament is also heavy. Titus 2:1 says, “You must teach what is in accord with sound doctrine.” That’s a good verse to put on our computer monitors. And hence, James says, “Not many of you should presume to be teachers, my brothers, because you know that we who teach will be judged more strictly” (James 3:1).

There is a humility in submitting to God’s revealed truth even when we do not like its implications, and wish that it said something other than it does. The doctrine of eternal hell is a prime example—I do not “like” it, but I accept and submit to it, and recognize any of my instincts and arguments against it are but straw. Jesus spoke more of it than anyone—who am I to suggest some way around a doctrine that Christ embraced and taught? And consider the vested interests that demons have in our not believing in Hell!

If I were to join many people in saying “there is no eternal hell” or “everyone will go to heaven” I might fancy myself civilized and compassionate. But in fact I would simply be a heretic, trusting in my insights and doctrines over my Lord’s—and hence proving that I, and the current drift of popular opinion, not He, is my real “Lord.”

What Is Wrong with "Open Theism"?

audio October 11, 2010
In this six-minute clip, Randy talks about how God’s promises—including Romans 8:28—rest upon His character and attributes, including His being all-knowing and all-powerful.
Invest in Eternity