Here are some online resources about various aspects of Seventh Day Adventist beliefs, specifically Sabbath-keeping, the New Covenant, and doctrine:

From my perspective, parts of the SDA church have experienced the equivalent of a reformation, and parts have held on tenaciously to the heritage of Ellen G. White, and a number fall in between. Those who talk most about White tend to talk least, in my opinion, about the true Jesus and sound biblical doctrine.

White taught that Jesus was really the archangel Michael, an obvious heresy though some say she didn’t necessarily deny his deity in doing so, though that’s pretty hard to grasp. Furthermore, she introduced many weird beliefs. After William Miller, a forerunner of the Adventist movement, declared Christ would return in 1844, prophetess Ellen White, one of the leaders of a group that splintered off from Miller and became the Seven Day Adventists, covered up this failure by saying Jesus entered the Holy of Holies in 1844. She stated that it was essential that people believe this doctrine in order to be saved. White also fostered much of the legalism surrounding Sabbath-keeping.

However, I think to many Christ-following Adventists, Ellen G. White is a bit of an embarrassment from the early days of the movement, and they don’t talk much about her, and quietly feel like the church has moved beyond her heresies and idiosyncrasies. However, if you were to come right out and say that, I think your future in the SDA church would be short!

Here is a very positive piece on Ellen G. White, trying to prove she was an evangelical. The quotations are highly selective. I don’t dismiss them; I just feel that they should be stacked up against her many false teachings. But it has value in balancing the other stuff which is mostly negative.

More balance is offered in this article by Roger Olson, an Arminian theologian who I often disagree with, but who is an evangelical. In spending a lot of time with Adventists, he is convinced many of them are evangelicals also.

If you want more there is this article. Of greatest interest to me here is the beginning where Walter Martin is quoted, and then at the end there’s a quote from Ron Carlson (a great brother who I knew well, now with Jesus). Martin included SDAs in his classic Kingdom of the Cults, but met with many SDA leaders and saw them correcting many of the more cultic aspects of the church. He then decided (as the beginning of the article points out) that they had an orthodox view of Jesus and therefore shouldn’t be considered a cult. Ron Carlson, who was very close to Walter Martin, pointed out that many of the SDA pastors who became increasingly evangelical were “kicked out” of the church by denominational leaders trying to steer them back to the eccentricities and some heresies espoused by Ellen G. White.

In my experience, I believe there are many SDAs who are genuine followers of Christ, just as there are many people at more solidly evangelical churches who are not. Many still consider SDAs a cult, understandable due to Ellen G. White shaping the group in similar fashion to the founders of the Jehovah’s Witnesses and Mormons. But there are very major differences. The Jehovah’s Witnesses and Mormons categorically get it wrong about Jesus. Ellen G. White said much about Jesus that was true, and other SDA leaders have unapologetically affirmed the trinity and the deity of Christ. There are some SDAs who are old school, more in the tradition of White, but I think many of them today see Him as true God, God’s Son, Savior, and believe in justification by grace through faith.

The Meaning of "Evangelical"

audio August 18, 2011
Listen to Randy Alcorn talk on the Bob Dutko show about the changing meaning of "evangelical." 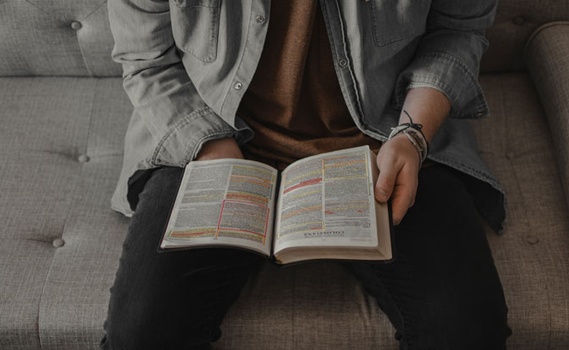 Where Do People Get Their Theological Beliefs?

article January 30, 2010
Our theology tends to come from whatever we trust.
Invest in Eternity