Response to Reading "The 39 Major ProChoice Arguments and Their Refutations"

I read “The 39 Major ProChoice Arguments and Their Refutations.” Let me say that I am a very intelligent and open-minded young man. I follow my own moral beliefs at all costs no matter what any person or law may try to compel me to do otherwise. I often sacrifice my personal every day comfort and convenience. For example, I became a vegan. But, in no way do I agree with this side of the abortion issue. Furthermore, I can honestly say that I am in no way biased. The arguments I read had many omissions of information and misleading statements. I don’t mean to be offensive. I have yet to see a holistic, objective approach to this delicate and controversial issue. The arguments presented were admittedly better than most prolife arguments. I could argue against many of the points and also show how factual statements are used to construe a biased message. However, this would take a lot of my time and it is not a priority at this moment. It should be noted that I don’t deny bias on the prochoice side of the argument.

If you need an example of a major omission, here is one: You didn’t mention that pain receptors don’t form between the hypothalamus and cortex of the brain until the late second and early third trimesters of pregnancy. Mentioning this may not weaken your arguments. You have many intelligent creative people on your side who could argue your point even while admitting this fact. The point is, don’t ignore or fail to mention information just because it is potentially against the point you’re trying to get across. This lacks objectivity.

Anyways, at this point in life, I have no idea what I want to do. I am completely against the system I am part of, yet there is so much pressure to conform. I am for economic equality and oppose capitalist society. Therefore, I would have a lot to lose, but others would have a lot to gain. I can easily make this sacrifice. But these changes won’t take place for a long time, if ever. As time goes on I follow my morals more and more despite the potential ramifications, such as more discomfort, more criticism from others, etc. Any suggestions about what I should do? I am always eager to hear anyone’s ideas.

Answer from Cathy Ramey, EPM Volunteer (a consultant for EPM in the area of bioethics and counseling):

It sounds as if you are searching for a chance to vent on an accounting of prolife principles that you feel is inadequate.

I admit that not every issue is covered in the book, and the issues that are covered could be treated at more length. That is because there are limitations that exist with a publisher and there are some questions more frequently asked than others.

You raised a point, ability to experience physical pain, that is sometimes used as part of the prolife argument against abortion, but not by most. It fails to be one of the most important questions simply because most people do not hold that the inability to feel is acceptable criteria to warrant death. Otherwise there are a good many paraplegic, quadriplegic, comatose, nerve impaired people who would be likely candidates. “Goodbye, Christopher Reeves!”

You also state, “The arguments I read had many omissions of information and misleading statements.”

I invite you to read the resources cited. You will find that Randy Alcorn chose to take a conservative course in interpreting material, data, statistics, and conclusions. He is quite a meticulous and accurate researcher.

You also state, “I am in no way biased.”

You describe yourself as a “young man,” and as such it is almost impossible for you to interpret abortion without a bias. It has been a civil norm throughout most, if not all of your life. If you breathe air, you will have absorbed many social presuppositions-just as you did when you raised the issue of pain control.

In reality, most of us are only aware of a relatively small percentage of beliefs that we hold; the rest of our worldview is built upon an unconscious construct of ideas and conclusions gained over years, many of them before we were capable of abstraction or cognitively developed enough to do anything more than swallow what we were told. The first path to wisdom is to realize how little one knows even of himself.

As to the other issue, that of feeling strong about your own moral persuasion, that concerns me since you offer no indication that your moral grounding is anything but personal. In such a short email it is difficult to know where you are coming from, but it sounds as if you are feeling a bit lost.

I respect that you are telling me when you find a cause of conviction, that you are willing to pay a high price for what you believe. The difficulty is, if what you are doing is floating in and out of causes, your sacrifices can ultimately amount to self-abuse.

I want to encourage you to consider taking on a real challenge, that of treating God as a real, living person who has a personal interest in you. The problem is, I know that you do have biases, but not what they are. I can’t hear your voice as you tell me what you do or do not believe about Him; I don’t know what religious experiences have served to unfairly bias you against Him, or what conclusions you may have come to that suggest resisting the knowledge of Him is the better part of wisdom. I do not know but that perhaps you are developing a strong relationship with Him, and I mistrust my own natural inclination to conclude that you have none.

What I do know is that God hears when people speak. Given that commitment on God’s part to hear (“to hear” [shama] in Hebrew also means there is a response toward fulfillment of the request), I will spend time in prayer that God will lead you to a meaningful relationship of trust in Him. That way, as you see issues of conscience and causes that resonate with His calling in your life, you can trust that He will prioritize and guide you in your choices.6 Peter Singer, Rethinking Life and Death (New York: St. Martin’s Griffin, 1996), 217.

Are pro-abortion and pro-choice different?

audio April 20, 2010
Randy Alcorn answers the question, "How do you respond to those who claim I'm not pro-abortion I'm pro-choice?"

article April 14, 2010
Read through the table of contents for Randy's book ProLife Answers to ProChoice Arguments. 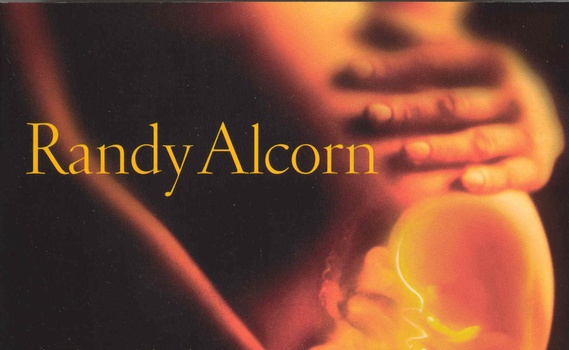