Being missionaries in a developing country we are sometimes viewed as a bank. Every missionary and foreigner in our country that we know is viewed this way and therefore we are asked frequently for money. What should we do?

We want to further God’s kingdom and we also want to pile up treasure in heaven but sometimes when we give it actually does damage to the nationals. I’m sure you are familiar with the term “Rice Christians.” I do not want to encourage people to become fake Christians and come to church only in order to get money from the missionary or the church. (This is not something I have done, but other missionaries here have and the result is that the nationals expect it from us also.) In the church itself, when there is a project that requires money everyone looks to me. And I feel that if I am the one who always supports these projects it teaches the nationals that they don’t need to give. All they need to do is ask the wealthier North-Americans. The result would be that when the missionary leaves the work would die. Giving anonymously doesn’t work either because they know that no national would give such a large amount so in the end they all know where the money comes from thus encouraging them, once again, to never learn the joy of giving. I don’t want to create dependency, but I do want to invest in heaven.

Never having lived long-term in any other culture, I’m no expert on the issues you raise. However, I have dialogued about them with missionaries on the field, who often struggle in the same way you do. In my overseas visits I have seen enough to appreciate how difficult it must be not only to deal with beggars, but sincere Christians whose needs are so much greater than our own, we who can fly ourselves and our families home at the drop of a hat, at an expense that might be twenty times the annual income of the people around us.

I think you are right to be careful and discerning, but God certainly calls missionaries to be generous, and it is easy either to be indiscriminate in giving, or to develop hard and fast rules that undermine a biblical spirit of giving to those in need. If it comes down to it, biblically I think we’d do better to “err” on the side of generosity, not stinginess.

While I realize you are raising questions with a little different slant, you may find some help in the different articles on the varying philosophies about whether to send money or missionaries, including the question of supporting national missionaries. They include the concerns you raised about creating dependency (which of course applies whether or not you’re handing money to national workers or giving it to meet needs). A balance is hard, but ultimately necessary.

When we’ve visited missionaries in third world countries they usually give a moderate amount to nationals, but are careful to do it discreetly and not indiscriminately, and not creating the reality or appearance of favoritism and the need and effectiveness of currying favor with the missionaries, which creates (as you know) some poor motives for being involved in church, Bible studies, etc.

Here are some “money and missions” articles that you may find interesting:

Brief and interesting comments from Ralph Winter: Why Sending Money Does Not Work As Well As Sending People

Gospel for Asia has been at the forefront of the debate about “Send money, not missionaries,” to support native missionaries. You may have read it, but if not K. P. Yohanan, GFA’s founder, has online his entire book Revolution in World Missions. I think he makes many good points, but overstates his case. The solution isn’t “Go instead of give” or “give instead of go,” it’s go and give, and know when to do one and not the other.

There’s an interesting dialogue between missionaries at Guyana-Missions.com which includes the following:

Keeping in mind that we ought not forget the converts we leave behind, how do we support them without creating dependence?

Charles Cook — Sunset International Bible Institute has set up branch schools where we can train men in their own culture and economy. We also need to train good reliable missionaries.

Phil Slate — The question, I think, is how do we use money without causing problems. We need to encourage without doing harm. Keep communicating! Does not mean we have to keep traveling and visiting (a man who can afford to travel so much is seen as a man of money). Write letters. It does not cost much to post a letter.

Howard Norton — I could argue either side (send money/don’t send money). This leads me to believe that the answer is found somewhere in between. I started out a true disciple of Rolland Allen Mission Methods: St. Paul’s or Ours and Alvin Hodges The Indigenous Church. Then I got to the field ... . Brothers, I do not believe we should be paternalistic, rather, we need to be fraternalistic - both loving and cautious! I don’t think we can say, “Don’t give ANY money.” God has blessed us richly, we are a wealthy people. The question is—what are we going to do with our money? We must train missionaries who are going to the field. One man can undo 10 year’s of an entire team’s work in just one week!

Ken Bolden — African proverb: Give me a fish and I eat today, give me a net and I eat tomorrow. I worked in Africa with indigenous methods with the idea of giving them a net. If you’ve got 10 families and they each give 1/10 ... they can support the 11th family. We sidestep, because the Law was ‘nailed to the cross’. We need to teach converts to give.

Charles Cook — We can find ‘isolated’ instances where there has been an exception and money hasn’t caused a problem. I can find many instances where someone has used drugs or alcohol and has not become an addict. We’re not looking for exceptions ... . Keeping the American money out is not extreme-it is a way to take care of the problem. There is a way to use the great money we have on the field. The key is “DO NO HARM.” 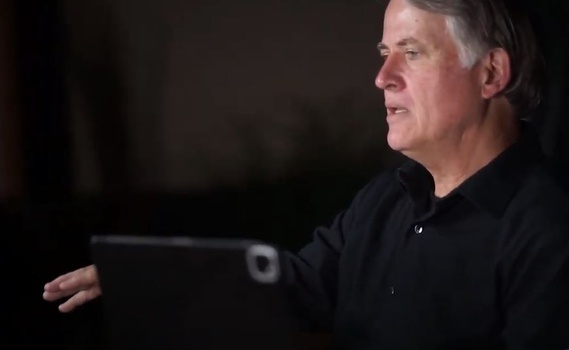 Randy Alcorn Interviewed about Missions and the Local Church

video July 27, 2021
Randy was interviewed by his local church, Good Shepherd, for their annual Global Outreach weekend. He shares some of his family's experiences visiting missionaries. 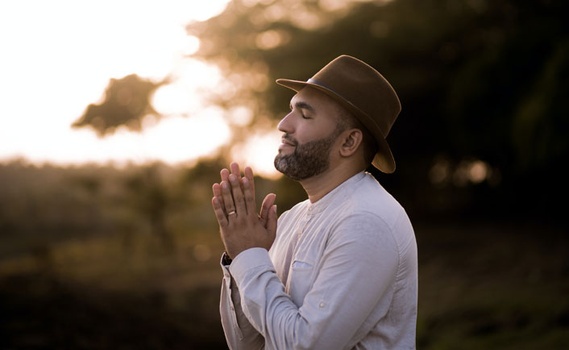 Seven Ways to Pray for Your Missionaries

article June 27, 2012
“And pray on my behalf, that utterance may be given to me in the opening of my mouth, to make known with boldness the mystery of the gospel” (Ephesians 6:19, NASB).
Invest in Eternity