I Am Experiencing Anxiety and Guilt Feelings Over My Wife Using the Pill. How Can I Deal with This Guilt? 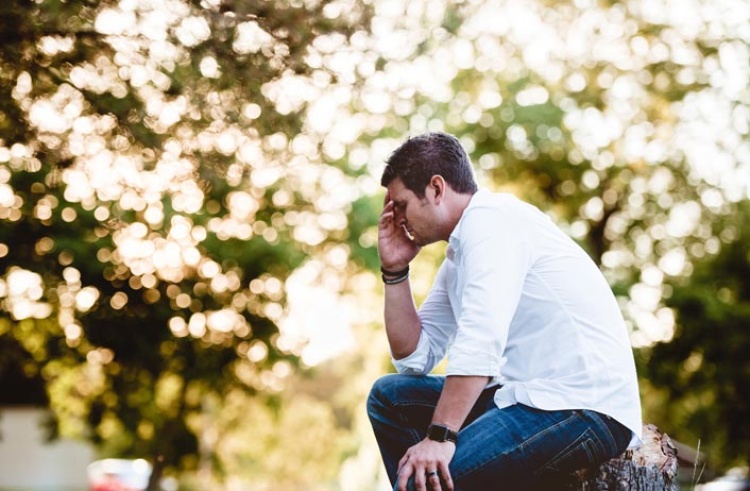 I am experiencing a high level of anxiety and guilt feelings over my wife using the Pill, even though it was only for one month. I didn’t know the information I do now about the possible abortifacient effect of the pill. How can I deal with this guilt?

If you are laboring under guilt for what you didn’t even know—that the birth control pill can sometimes cause abortions—then ask yourself, “Have I confessed to God my ignorance and sin, if that’s what it was?” If the answer is yes, would God on the one hand say “I’ve fully forgiven you” (the clear teaching of Scripture) but then turn around and plague you with guilt feelings when in fact He died to remove your guilt? No, obviously not. That means the source of your despair is not God but the Evil One. So talk back to the devil and say “You’re right, I’m a sinner; but Christ has fully forgiven me and He is infinitely greater than you—I John 4:4. So I will believe my Lord, not you!”

The truth is, even if you would have fully known about the Pill, God still would have freely forgiven you. Christ didn’t just die for sins done in ignorance, but for all sins.

Jesus said Satan is a liar, and when he lies he speaks his native language. Lying is what he’s best at. Satan is lying to you about the notion that Christ’s redemptive work is not available to you in this case. Christ is the teller of truth. What does he say? “Whoever comes to me I will never drive away” (John 6:37). “If we confess our sins, he is faithful and just to forgive us our sins and to cleanse us from all unrighteousness.”

Look at it this way. All sins must be punished—if we don’t accept Christ’s punishment on our behalf, we leave ourselves to take it on. But since we have no righteousness to atone for our sins, we can never atone, and therefore the self-punishment can never end. Only we who are covered with the blood of Christ escape eternal judgment for our sins, because that judgment has been laid on another whose gift of atonement we have received.

We simply aren’t good enough to ever pay off our own sins. So if we choose to believe we’re unforgiven after we’ve confessed, we say Christ’s sacrifice wasn’t good enough and in effect we call God a liar. If we choose to believe Christ’s sacrifice wasn’t enough to save us by his grace and by his merit, not by ours, we call him a liar. If we believe Satan when he says Christ’s death wasn’t sufficient to cover our every sin, then we are choosing to believe the most accomplished liar of all time, the one whose native language is lies.

If you feel you’re not worthy, you’re right—none of us is worthy of God’s grace. If we were worthy of it, we wouldn’t need it! But God showed his grace to us in that while we were yet depraved and sinful, Christ died for us (Romans 5:8). He has seen us at our worst and still loves us.

Now, having said all that—which is most important—here’s something else you should understand. Statistically, ovulation is prevented by the pill something like 93-97% of the time at least, though many say it’s more like 99% if the pill is taken correctly. Okay, so if your wife took the pill for one month, the chances of her ovulating are extremely small. But then, you have the second effect of the pill—the thickened cervical mucus, which slows down the sperm to keep conception from happening. In the remote chance your wife actually did ovulate, the mucus probably kept the sperm from reaching the egg, so she couldn’t have conceived.

Finally, the great majority of the time—at least 75%—healthy fertile couples do not get pregnant in any single month even when they use no contraceptives whatsoever. And, throw in the fact that if everything else failed and your wife was maybe one in a thousand (or less) who would ovulate and experience conception in a single month while using the pill, the fact is that some such people still have a successful pregnancy despite the changes in the endometrial lining.

What I’m saying is that I would personally be amazed if your wife actually conceived in that lone month you used the pill. The chances are extremely low. Statistically, you can be nearly certain there was no abortion in that one cycle. (It is when women take the Pill over years and even decades that the chances of an early abortion become significant.)

Now, getting back to your spiritual concerns, I commend you for wanting to do right, but don’t buy into Satan’s lie that your relationship with God depends on you always doing the right thing. The devil may even try to convince you you’ve lost your salvation. If so, rehearse what Scripture says. We can do absolutely nothing to earn our standing with Christ (Eph. 2:8-9; Titus 3:5). Therefore we can do nothing to lose our standing with Christ. No one shall pluck us out of the Father’s hands (John 10:29). Our ceasing to do good works, or doing bad works, cannot move us out of his hands, simply because it is not our good works that put us there in the first place (we have no good works apart from Christ), but only the perfect work of Christ done on our behalf.

Do not let this matter keep you from trusting the Lord and do not let it become a barrier between you and your wife. Otherwise you will fall into the Devil’s trap and fall for his schemes, which we are commanded not to be ignorant of, so that he cannot outwit us (2 Cor. 2:11). One of the things Satan would love to do is get you to stop serving at church, stop singing in the choir, stop witnessing, stop growing in your faith, stop trusting what God’s Word says. Since he cannot keep you from going to heaven, now he wants to derail you and distract you from serving God. He wants to create a wedge between you and God, and you and your wife. Do not let him do this. Ask God to help you not fall into Satan’s trap.

Also, I am convinced you need to talk to your wife about this, because anything that is affecting you this much will affect her, and you must build your marriage on honesty and truth, not withholding truth. Tell her why you wanted her to not take the pill, tell her what you’re struggling with, read this letter to her, look up the passages together, have her help you see God’s truth in this. Remember, marriage is not built on denial and cover-ups, but on honest communication and prayer.

You do not “protect” your wife by hiding the truth from her (that’s another one of Satan’s lies), in fact you hurt her by doing that. Would you want her to hold back truth from you and suffer in silence when she is hurting, and lock you out of her life? Of course not—then don’t do it to her. Don’t deprive her of knowing what is going on in you. She needs you and you need her. “Bear one another’s burdens, and so fulfill the law of Christ [which is the law of love]” (Galatians 6:2).

Believe Christ, meditate on Scripture, not on how you feel, and eventually God will change how you feel. You are forgiven—eventually you’ll feel forgiven, but even until you do, you still are. Don’t trust your intellect any more than your emotions if it is contradicting the Word of God. Don’t trust anything but his Word—force your intellect to submit to it, ask God for help, and eventually your emotions will likely follow, but whether they do or not, the truth is still the truth. If you have sinned and confessed, you are forgiven. No sin is bigger than the Savior.

Satan wants you to be shrouded in darkness and despair, because he knows the truth will set you free (John 8:32), and he wants you in bondage. Christ, in contrast, wants you to embrace his grace and accept his empowerment to walk in the light, as He is in the light, his blood covering us from all our sins (1 John 1:7).

Like me, you’re a lousy, rotten, unworthy sinner. Neither of us deserves God’s grace. But He gives it to us anyway—and that should make us dance for joy! So don’t be self-absorbed and self-important, as if this were all about you, and you have to figure it all out and make a way. Christ has figured it all out and made the way for you. It’s not about your righteousness, it’s about the righteousness of Christ on your behalf (2 Corinthians 5:21).

Get help from your pastor or mature Christian friend or counselor. Listen to God, who died for you on the cross, not to the Enemy of God, who is telling you Christ’s work on the cross wasn’t good enough. Read his words of grace and forgiveness out loud, write them down, memorize them. Choose freedom, not bondage. Don’t despair, but rejoice in the grace of God. The price has been paid—it’s for you to accept Christ’s atonement, not to try to repeat it.

“There is now no condemnation for those who are in Christ Jesus” (Romans 8:1).

“Therefore, since we have been justified through faith, we have peace with God through our Lord Jesus Christ, through whom we have gained access by faith into this grace in which we now stand. And we rejoice in the hope of the glory of God” (Romans 5:1-2). 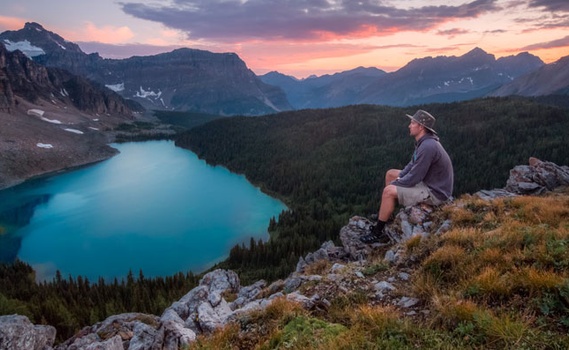 Eu Cometi Tantos Erros na Minha Vida ... Será Que eu Posso Ser Livre Dessa Culpa? (I've Made So Many Mistakes in My Life...How Can I Ever Be Free from All This Guilt?)

I’m Doing Research on the Birth Control Pill and Am Careful Who I Receive Counsel from. What Is Randy Alcorn’s Background?

article March 25, 2010
We’re glad you’re careful who you get information from.
Invest in Eternity