Is the Homosexual Lifestyle Worthy of Minority Status?

I have never met a former white, former black, or a former hispanic. I have, however, met a number of former homosexuals. Race and gender are what we are, not what we do. Race and gender are amoral, unchangeable and not subject to choice. In contrast, the homosexual lifestyle is immoral, and a matter of personal choice, not unalterable destiny.

Even if it could be proven that the homosexual orientation is inborn (some people are still desperately trying to prove this), the choice of homosexual behavior is still just that — a choice. An unmarried heterosexual is required by God not to engage in sexual activities. The same is true of the homosexual. To have desire toward something does not mean one is helpless to control his behavior.

Both scientific research and the personal experience of thousands of people show that a homosexual orientation can usually be unlearned. But even if it isn’t, anyone can choose to refrain from homosexual (or heterosexual) sexual practices. This is good news to anyone seeking to escape a hollow lifestyle dishonoring to his Creator.

In 1 Corinthians 6, after saying that homosexual offenders and other immoral people (including heterosexual adulterers) will not enter the kingdom of God, Paul says “And that is what some of you were. But you were washed, you were sanctified, you were justified in the name of the Lord Jesus Christ and by the Spirit of our God.” Note the past tense — were, but by the grace of God no longer are.

God freely forgives those who repent of a godless lifestyle — including materialism, adultery, prostitution or any homosexual or heterosexual sin. God is holy and just, and also kind and compassionate. He understands our weaknesses (Hebrews 4:15 16). And he won’t allow us to be tempted beyond our ability to resist and endure (1 Corinthians 10:13). Those struggling with homosexual desires should not be counseled by members of the homosexual community, as KATU TV has reported is now being done in some Portland schools. The worst thing we can tell people is that it’s OK to live the homosexual lifestyle, that they can’t change and shouldn’t even want to change. They need true hope, not false comfort.

To give minority or special status to women and hispanics is to endorse the legitimacy of being a woman or hispanic. And rightly so. To give special status or rights to those choosing the personally and socially destructive homosexual lifestyle is to approve and endorse that behavior, and inevitably to spread it. To do so is morally wrong. It is also the worst possible thing we can do for homosexuals, who need to hear about the way out of bondage, not be encouraged to plunge deeper into it.

If you or a loved-one want help with unwanted same-sex attractions, you can contact Restored Hope Network or Outpost. 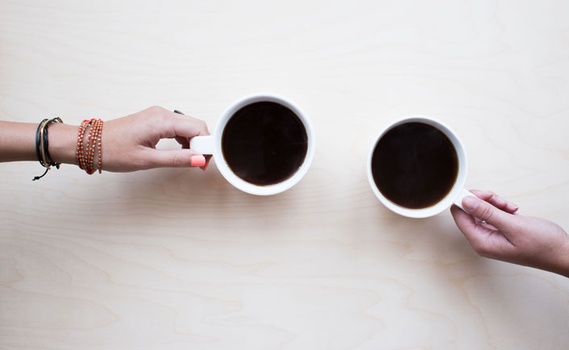 Randy's Advice on Apologizing to the Gay Community

article June 20, 2012
I really appreciate the two main components of what’s on your heart—grace and truth. Jesus is full of not one or the other, but both. I commend you for this.
Invest in Eternity