Randy's Advice on Apologizing to the Gay Community 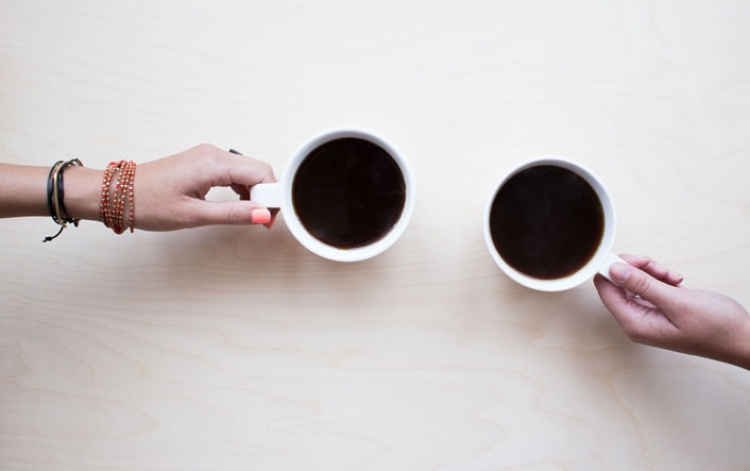 A good friend of mine, a very godly young woman, asked my feedback regarding a draft of a letter she wrote. It was written to homosexuals, and included an apology for the hateful attitudes of some evangelical Christians. Her heart was right and her words were good. Her letter is hers to publish if she wants to, so I am not printing it or quoting from it here. But it’s possible that my response to her letter could be helpful to some believers. Here it is:

I really appreciate the two main components of what’s on your heart—grace and truth. Jesus is full of not one or the other, but both. I commend you for this.

The aspect of apology could be good, as long as you’re clear about apologizing for the right thing, which I know you would be. I hear you saying that you want to stand against those who truly are hateful toward homosexuals. But as you know, many people see the message itself as intrinsically hateful. So even people whose hearts are broken for their homosexual friends and family, who would never yell and scream and rant against them, are still seen as haters.

Even many Christians don’t believe the Bible should be taken at face value when it comes to homosexuality. Rather, they believe the message itself must be changed in order to make it loving. Many attempts to stand against the "haters” are taken as minimizing the sin. I know that’s not what you want to do. So how do you address people with hateful attitudes when many of their actual beliefs may be accurate? (e.g. God hates homosexual behavior, just as he hates heterosexual adultery and fornication.)

Don Miller’s Blue Like Jazz portrays Christians sitting in the apology booth on Reed campus (here in Portland), saying “I’m sorry.” There is a power in that, though it needs to be done thoughtfully and carefully, not as a gimmick. Sometimes it’s “I’m sorry” for what others have done, and sometimes it’s “I’m sorry” for what I’ve done or failed to do. I think we can stand against the sin of others, but the only sins we can really confess are our own. It rings a bit hollow to be confessing sins of people whose sin we say we have disagreed with all along. That’s opposing, not confessing, and in fact it can be proud and self-congratulatory (“Lord, I thank you that I am not an intolerant hypocrite like those other Christians”), which is the opposite of confessional.

To balance what I just said, in Daniel 9 Daniel confessed, saying “we have sinned” about things that the nation as a whole had done but Daniel as an individual may not have. So that argues the other way. Likewise, when the Southern Baptist Convention confessed sins of racism going back more than a century, they were confessing on behalf of those who came before them in the same affiliation. But they were also confessing whatever racism might still be in their hearts and on their lips.

The difficulty is that in standing up against the haters, we can end up, without meaning to, also minimizing or stereotyping as wrong and unloving the sacrificial loving efforts of people who tell the truth both about Jesus and the homosexual lifestyle. This includes those who work in ex-gay ministries. The irony is that Christians end up discrediting the efforts of those who have been transformed by Christ and delivered from the homosexual lifestyle and are now seeking to offer that good news to homosexuals. If we are apologizing for the transforming and purifying work of the Holy Spirit, then we are apologizing for the gospel.

Similarly, Christians have apologized to Jews about the ministry of “Jews for Jesus” being too radical and confrontational when in fact they are doing far more to share the love of Jesus than their critics who are “pro-Jewish” but remain silent about the gospel and the need for every Jewish person to know Jesus as their Messiah. When I hear people criticize those “street preachers” who bring the gospel, sometimes I wonder, “Is it really more loving to be looking the other way when people are going to hell than speaking up to them, even if in a way that makes everyone uncomfortable?” John the Baptist made everyone uncomfortable, but his ministry was from the Lord. When people criticized D. L. Moody for boldly proclaiming the gospel, his response was, “I like the way I do it better than the way you don’t do it.”

Likewise, I have heard “prolife” people who’ve never really spoken up for the unborn distance themselves from and speak up against those of us who have. Hence, we are broadly portrayed as those hateful people who scream “baby-killers” at women leaving abortion clinics, when in reality it’s a tiny fraction of prolifers who do such things, and if we ever saw someone do it (which I never have) would immediately confront them about it.

If Christians went out to apologize to women who’ve had abortions for Christians who’ve been mean to them, in some cases I think we would be saying, “everybody really was as mean to you as you thought,” when in many cases Christians genuinely cared and weren’t being mean at all. Hence, some Christians take pride in the fact that they work for pregnancy centers that are very affirming.  (I have served with, support and praise God for those centers, but they’re not the only way.) If such people say “sorry for those radical prolifers,” suddenly every woman doing sidewalk counseling at abortion clinics—usually very sweet and courageous people trying to save babies from destruction and women from the horrors of abortion—are made to look like unloving hateful people trying to lay guilt on desperate women who need help and assistance (e.g. from those “loving” Planned Parenthood people who help them kill their babies).

So with any group we have mistreated, we should apologize for what we have done, without sending the message that friends and family members and churches and ministries have all wronged them just because they have expressed disapproval and concern about their lifestyle. We want to absolutely separate ourselves from haters, yes. But we should still be careful not to throw under the bus some who have been labeled “haters” simply because they believe what God says in His Word, and have tried to share that because they want the very best for them.

I think of a young man who I genuinely loved and invested many hours in, trying to convince him to leave the homosexual life. I have reason to believe he described me to others as one of those hateful Christians who refused to accept that God had made him gay. And likely, some genuine believers, hearing his account of what I said to him, have expressed their agreement, and perhaps felt the need to distance themselves from me. (In some cases, that would be a good move, when I have done wrong, but in this case, my care for the young man was real, and I believe I was characterized by both grace and truth.)

Jesus distinguished himself from the attitudes of the Pharisees toward the adulterous woman when he said, “Let him who is without sin cast the first stone.” But he still said to her, “Go and sin no more.” I know this is exactly your heart and I commend you for it. I would encourage you to study how Jesus treated each person in sin, full of grace and truth, and how sometimes (sensing their particular heart), he came across heavier on truth and other times heavier on grace, but never devoid of either. He came across differently than the truth-only Pharisees, but also differently from modern grace-only Christians who would picture themselves being loving because they never raise the sin issue.

Anyway, I want you to know how deeply I appreciate your desire to honor Christ and truly serve and reach out to people, loving them and saying what is true, in the very best ways. There is not one and only one right way to serve and minister to any group of sinners, whether they be homosexuals or abortionists or pornographers or CEOS or nurses or teachers or flight attendants. One of the things I used to say a lot to different groups of prolifers who tended to object to each other’s strategies was, “To win the war, it takes Army, Navy, Marines, Air Force, special forces, Navy Seals, etc. Anyone who thinks their way of fighting the war or accomplishing the mission is THE way is dead wrong.” So we need to try to figure out what God wants US to do in our particular context, with our gifting and opportunities, and our particular sense of God’s leading. That’s exactly what you’re seeking to do, and I’m so glad.

So by all means you can and should separate yourself from the true haters, but not from the message (or messengers) that some will always think to be hateful. It will seem offensive to say people are sinners and that God condemns their particular sins (as he condemns ours). To admit you are an unworthy sinner or that you are lost is difficult, but it is necessary in order to come to true faith in Christ. That is the gospel message for everyone, heterosexual or homosexual, that all our sins are sufficient to send us to hell. The gospel is insulting to all of us. But it is the grace and power of God. One thing I would recommend to say is, “If you had never had a single homosexual thought or done a single homosexual act you would still be exactly what I am and everyone else is—a sinner who has displeased God and without Christ is headed for hell and is in desperate need of His saving work.”

Photo by andrewlloydgordon on Pixabay

article September 6, 2010
It is very hard to communicate on this subject with both grace and truth. I oppose gay marriage, but not only as a matter of righteousness, but also because it is deadly to those involved in it.

Is the Homosexual Lifestyle Worthy of Minority Status?

article March 29, 2010
To give special status or rights to those choosing the personally and socially destructive homosexual lifestyle is to approve and endorse that behavior, and inevitably to spread it.

Can You Give Me Some Resources for Understanding Homosexuality and How the Church Should Respond?