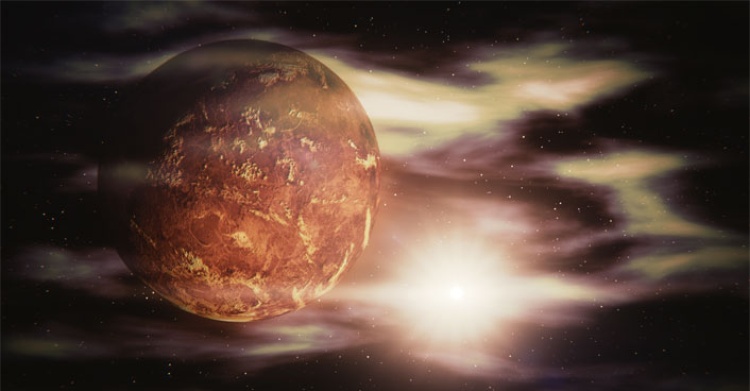 Do Christian astronomers generally believe that Venus is the morning star?

Yes. In ancient literature, the planet Venus is often referred to as the morning star, and still is today. As far as I know, this is universally recognized. While Jupiter and Mars and other planets can appear in the morning or evening sky, Venus does so consistently and is far brighter than the others. In fact, it's so bright that on some moonless nights Venus has been known to cast shadows. Only the sun and moon are brighter than Venus.

The fact that Venus is technically a planet (inside our solar system, reflecting our sun’s light), not a star (which generates its own light), is no problem, as “star” to the ancient peoples simply meant a point of light in the sky. In that sense all planets are stars, but not all stars are planets. (Planet is from planao, to wander, and the planets were known as the wanderers, because they kept changing their relative positions in the night sky.)

Do you know how often Venus appears in the morning sky?

If I understand it correctly, Venus appears as a “morning star” for a sequence of 9 months out of every 19 months. She's an evening star also for about 9 months of the 19, while not being visible for the other month. 9 morning, 9 evening, 1 invisible. The reason Venus always precedes or follows the sun in the sky, as viewed from earth, is that she is an interior (sometimes called inferior) planet, that is, she is closer to the sun than the earth is. Mercury is the other interior planet, closest of all to the sun, but is smaller and is so close to the sun that it isn’t easily seen.

The diagram at this site, about half way down the page, and the accompanying explanation is helpful/

Here's three paragraphs of other scientific info I got online:

From our perspective, her cycle is a sequence of morning and evening phases lasting 584 days (the synodic period). Two major phases are separated by intervals where she is obscured by conjunction with the Sun.

The 1 year and 7 month cycle is measured from the inferior conjunction, when Venus passes between Sun and Earth, which she does while in retrograde motion from our geocentric point of view. At the inferior conjunction Venus is concealed for approximately 8 days. Then for the next 263 days she can be seen in the early morning hours when she rises before the Sun. As a morning star, she reaches maximum brilliancy shortly after she resumes direct motion, then she slowly decreases in light to a small crescent before she disappears again at the superior conjunction.

The superior conjunction occurs when Venus passes behind the Sun and is out of sight for around 50 days. She then reappears in the evening sky for 263 days, visible at first as a small crescent and increasing in brilliance until shortly before turning retrograde (approximately 40 days before the inferior conjunction).

Do you have opinions as to why Jesus is referred to as the “Morning Star”?

I think it relates to HOPE and His immanent second coming. When Venus rises, it means the sun will follow very soon (in a morning, usually within an hour or two, sometimes just a matter of minutes). Christ's coming—and in a broad sense this could apply to both His first and His second coming—means/will mean God's light is about to shine forever on the universe, making all wrongs right, wiping away all tears, and fulfilling Rev. 21-22, with the creation of the new heavens and New Earth, etc. On a long dark night, the appearance of the morning star means daybreak is imminent. In the long dark night of suffering on earth, Jesus being seen as the morning star means the eternal morning is about to dawn. Hence, Christ as the morning star is a picture of great promise and hope.

In one of my books I call Jesus the Morning Star and several readers have gotten very upset, wondering why I would give Jesus a name that belongs to Satan. They are of course referring to Isaiah 14:12: “How you have fallen from heaven, O morning star, son of the dawn! You have been cast down to the earth, you who once laid low the nations!”

The point is that Morning Star was a name for Lucifer before his fall, and there is no inconsistency with two very different beings called by the same name. Lucifer was a creature of beauty and power. Christ is God, the Creator, beautiful and powerful beyond measure, the one Lucifer rebelled against. But the name Morning Star is not tainted—it is Satan who is tainted. Obviously this is the case, or Morning Star wouldn't be used of Christ as it is in Revelation 22:16: "I am the root and the descendant of David, the bright morning star.” Not would it be used in a positive way as it is in 2 Peter 1:19 and Revelation 2:28. 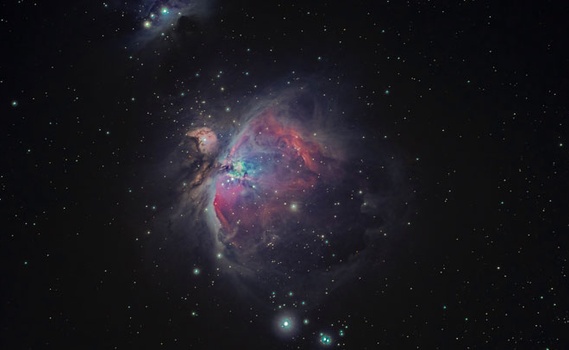 video June 23, 2010
As a twelve-year-old, I first viewed through a telescope the great galaxy of Andromeda, consisting of hundreds of billions of stars and untold numbers of planets, nearly three million light years from Earth. I was mesmerized.

Is there Biblical Support for Your Idea that We May Inherit Worlds (Including Venus, the Morning Star) One Day?

article November 25, 2011
The Morning Star was the name Venus went by in the ancient world. Jesus also calls himself the Morning Star, but that doesn't mean it can't have its usual meaning also in a different context.
Invest in Eternity