Is there Biblical Support for Your Idea that We May Inherit Worlds (Including Venus, the Morning Star) One Day?

I was recently reading your Heaven book again (and came across the section where you answered the "What is the Morning Star" we inherit (Revelation 2:28). You speculate that the Bible means this is Venus. But doesn't the Bible interpret itself later in Revelation when Jesus declares that his is "the bright morning star"?

Are there any other Biblical passages that support the theory that we will "inherit worlds" as you suggested in the book? I know that Mormons believe this to be true, but I'm not finding Biblical evidence of "world ownership" beyond that of the New Earth.

The Morning Star was the name Venus went by in the ancient world. Jesus also calls himself the Morning Star, but that doesn't mean it can't have its usual meaning also in a different context. (Here are some more of my thoughts about Venus.)

I'm not dogmatic on the idea of believers ruling other worlds, just suggest it as a possibility in light of the fact that God gave people dominion over the earth, but the fall of man seems to have affected not only the earth, but also the celestial heavens. What falls on the coattails of human sin seems likely to have been what humans were intended to rule (otherwise, there’s no logical connection). So it's just speculation. It has nothing to do with Mormon theology, of course, though you are right that they speak of ruling other worlds as part of developing into godhood, which obviously I completely disagree with. 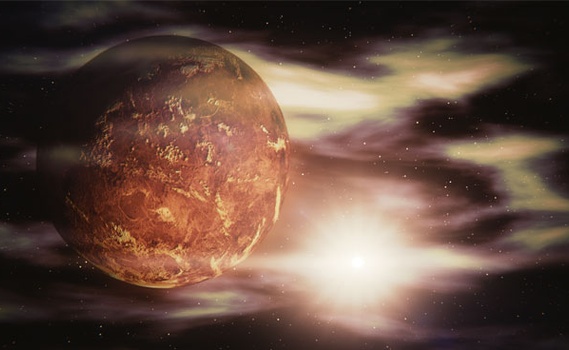