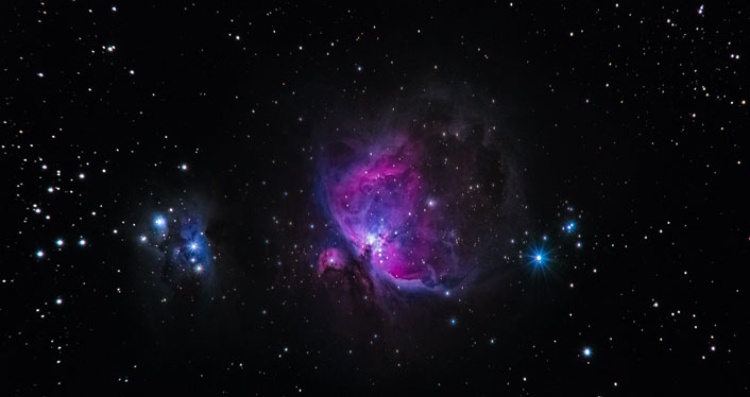 The present Heaven is normally invisible to those living on Earth. For those who have trouble accepting the reality of an unseen realm, consider the perspective of cutting-edge researchers who embrace string theory. Scientists at Yale, Princeton, and Stanford, among others, postulate that there are ten unobservable dimensions and likely an infinite number of imperceptible universes. If this is what leading scientists believe, why should anyone feel self-conscious about believing in one unobservable dimension, a realm containing angels and Heaven and Hell?

The Bible teaches that sometimes humans are allowed to see into Heaven. When Stephen was being stoned because of his faith in Christ, he gazed into Heaven: “Stephen, full of the Holy Spirit, looked up to heaven and saw the glory of God, and ­Jesus standing at the right hand of God. ‘Look,’ he said, ‘I see heaven open and the Son of Man standing at the right hand of God’ ” (Acts 7:55-56). Scripture tells us not that Stephen dreamed this, but that he actually saw it.

Wayne Grudempoints out that Stephen “did not see mere symbols of a state of existence. It was rather that his eyes were opened to see a spiritual dimension of reality which God has hidden from us in this present age, a dimension which none the less ­really does exist in our space/time universe, and within which ­Jesus now lives in his physical resurrected body, waiting even now for a time when he will return to earth.”

I agree with Grudem that the present Heaven is a space/time universe. He may be right that it’s part of our own universe, or it may be in a different universe. It could be a universe next door that’s normally hidden but sometimes opened. In either case, it seems likely that God ­didn’t merely create a vision for Stephen in order to make Heaven appear physical. Rather, he allowed Stephen to see an intermediate Heaven that was (and is) physical.

The prophet Elisha asked God to give his servant, Gehazi, a glimpse of the invisible realm. He prayed, “ ‘O Lord, open his eyes so he may see.’ Then the Lord opened the servant’s eyes, and he looked and saw the hills full of horses and chariots of fire all around Elisha” (2 Kings 6:17). It could be argued that these horses and chariots (with angelic warriors) exist beside us in our universe, but we are normally blind to them. Or they may be in a universe beside ours that opens up into ours so that angelic beings—and horses, apparently—can move between universes.

A third possibility—to me, the least convincing one in these instances—is that such descriptions are merely metaphorical, not to be taken literally. But Acts 7 and 2 Kings 6 are narrative accounts, historical in nature, not apocalyptic or parabolic literature. The text is clear that Stephen and Gehazi saw things actual and physical. This supports the view that Heaven is a physical realm. Physical and spiritual are neither opposite nor contradictory. In fact, the apostle Paul refers to the resurrection body as a “spiritual body” (1 Corinthians 15:44). God is a spirit, and angels are spirit beings, but both can—and on the New Earth will—live in a physical environment.

If a blind man momentarily gained his sight and described an actual tree that he saw, other blind people—especially if they lived in a world where ­every­one was blind—might automatically assume the tree was nonliteral, a mere symbol of some spiritual reality. But they would be wrong. Likewise, we should not assume that the Bible describes Heaven in physical ways merely to accommodate us. It is fully possible that the present Heaven is a physical realm.

Because the question of the physical nature of the present Heaven is important and controversial, I take a closer look at it in chapter 6 of my Heaven book.

Browse more resources on the topic of Heaven, and see Randy’s related books.

Photo by Alexander Andrews on Unsplash

Should We Study the Present Heaven or the New Earth?

video March 27, 2013
Randy Alcorn talks about Revelation 21:4 and the Present Heaven as compared to the New Earth. This video clip was excerpted from Randy's Eternity 101 DVD class.

Is the Present Heaven a Physical Place?

video March 26, 2013
Randy Alcorn answers this question from a student. Is the place where we go when we die a physical or non-physical place? Randy addresses this question in light of Old Testament and New Testament scriptures including Hebrews 9:11. This video clip was excerpted from Randy's Eternity 101 DVD class.
Invest in Eternity