Changing the Definition of Marriage 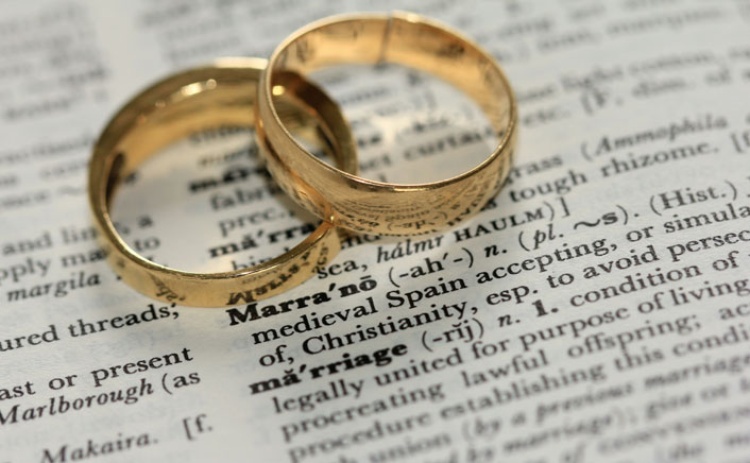 Marriage may not change in God’s sight, but it does in man’s. Those who wonder what the family values debate is about can find out by looking at different editions of Webster’s Dictionary.

Webster’s Dictionary, 1828. Marriage: The act of uniting a man and a woman for life; wedlock; the legal union of man and woman for life. A contract both civil and religious, by which the parties engage to live together in marital affection and fidelity, till death shall separate them. Marriage was instituted by God himself for the purpose of preventing the promiscuous intercourse of the sexes, for the promoting of felicity, and for securing the maintenance and education of children. Marriage is honorable in all and the bed undefiled (Hebrews 13).

Webster’s Collegiate Dictionary, 1975. (Notice what has been eliminated from the original definition above.) Marriage: The state of being married; wedlock; the institution whereby men and women are joined in a special kind of social and legal dependence . . . the wedding ceremony and attendant festivities.

Webster’s Dictionary, 1991. The following is added “An intimate living arrangement without legal sanction; a trial marriage. Any intimate association or union. A blending of different components.”

Photo by Sandy Millar on Unsplash