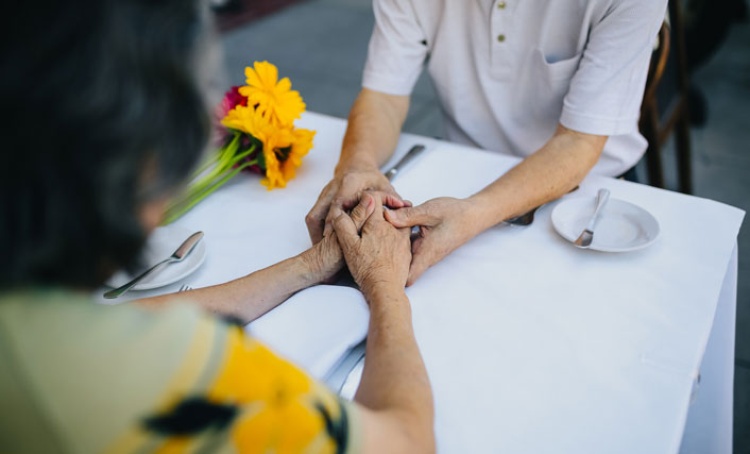 We thought my dad was close to death when he came to Christ, but he lived another four years. I tell the story of his conversion, and what I shared with him from Romans, in a chapter in my book In Light of Eternity. I was tempted to hold back on Romans 3 and its strong affirmation of sin, but I didn’t hold back, and I was so glad. The Holy Spirit spoke to my dad that day.

I would recommend you sit down with your parents and tell them you love them, you appreciate all they’ve done for you, and you want to be sure they spend eternity with you.

Ask them if they think they’ll go to Heaven, and if so, on what basis? This will cut to the core of the main issue—that Jesus is the only way to Heaven, and nothing they’ve done can earn them the way. On the contrary, their default destination is hell, which we all deserve, not Heaven, which we don’t deserve.

I would also tell them you’re not impressed with organized religion either, and it’s about Jesus, not religion.

While it may be awkward, you will always be glad you did this, no matter how they respond.

I’ll include here the story of my dad coming to Christ (from Truth and Grace in an Age of Lies):

I was raised in a nonchristian home. A year after I became a Christian at age fifteen, my mom came to the Lord. But my father was the most resistant person to the gospel I've ever known. He had told me never to talk to him about that "religious stuff" again. I'd still give him Christian books and give him my own books, which always have the gospel in them, knowing my books were the only Christian books he'd read. (Deadline and Dominion both contain things I wanted my Dad to hear.)
At age 84, Dad was diagnosed as having terminal cancer. The doctor estimated he had six months to live. One day I got a call from him, from his home in Vancouver, Washington. He sounded very distressed and he said, "I've called to say good-bye. I'm in pain from the cancer-I know the end's coming. I've got a gun to my head. Sorry to leave you a mess." I knew my Dad well enough to know he had never bluffed in his life. I begged him to put down the gun and to hold on till I got there.
I jumped in the car, made the thirty-minute drive in twenty. I knocked on the door, no answer. I walked in, and on the floor I saw a rifle and a handgun. I called out for my father, turned the corner into his room and held my breath for what I was about to see. Right then he walked out and bumped into me. Heart pounding, I took him to the hospital, and they scheduled surgery for the next morning.
I came in early, an hour before surgery. I prayed that somehow, in his pain, with no easy way out, God would break through to my father. I opened to Romans and read some verses from chapter three. "All have sinned and fall short of the glory of God." I knew my father had been offended at the idea of being called a sinner, so part of me wanted to gloss over this and move quickly past the bad news to the good news. I was greatly tempted to underemphasize the truth of human depravity. But I forced myself to keep reading verse after verse talking about our sin.
I told myself, if I really loved my dad I had to tell him the whole truth, and if God was going to do the miracle of conversion, that was his job, and it was mine just to tell the truth.
Finally we made it to Romans 6, "The wages of sin is death, but the gift of God is eternal life through Jesus Christ our Lord." After half an hour of going from verse to verse, I looked at him and asked, "Dad, have you ever confessed your sins and asked Jesus Christ to forgive you?" (Of course, I knew the answer.)
"No...," he said, then paused for what seemed a long time. Even as he paused I thanked the Lord for giving me this opportunity, and helping me to share the truth, even though I was sure Dad wouldn't accept Christ. Finally he finished his sentence: "...but I think it's about time I did."
To say I was shocked is the ultimate understatement. What I and many others had prayed for all those years was being answered, and I couldn't believe it. My father prayed aloud, confessed his sins and placed his faith in Christ that morning, just before they wheeled him into surgery. The surgery was successful.
God graciously gave me five more years with my dad (so much for the doctor's "six months to live"). My wife and daughters and brother and I were with him when he left this world for the next. I can't wait to see him and my mom and many of my friends in heaven.
My point is this: part of me wanted in the world's worst way to skim over or minimize the truth of human depravity. Yet without the bad news, there is no good news—the good news is unnecessary without it. Without the truth of God's holiness and the truth of our sin, the grace of Christ on our behalf becomes meaningless or irrelevant.
The worst thing I could have done to my father was to hold back the full power of God's truth. Without knowing that truth, it is possible to repeat a prayer from a gospel booklet, but it is impossible to experience the grace of God. For grace is not simply kindness, it is a specific response to sin. If there is no knowledge of sin, there can be no experience of grace.
The other mistake I could have made was this—believing that Dad had turned his back on the truth for so many years that his Creator had given up on him. I could have withheld God's grace from my father, reasoning that when I'd shared it before he had always been hostile, and there was no point in doing it again. (That too had been a temptation.)
To withhold God's grace or God's truth is equally wrong and equally devastating. May we as Christians never make the mistake of choosing between truth and grace. May we eagerly offer them both to a world that so desperately needs to know the One who is full of grace and truth.

Photo by RODNAE Productions from Pexels

article January 28, 2009
When Gianna Jessen spoke at our church a few weeks ago, she said many memorable things. The one that I've been thinking about is that to be a follower of Christ you need to be willing to be hated. 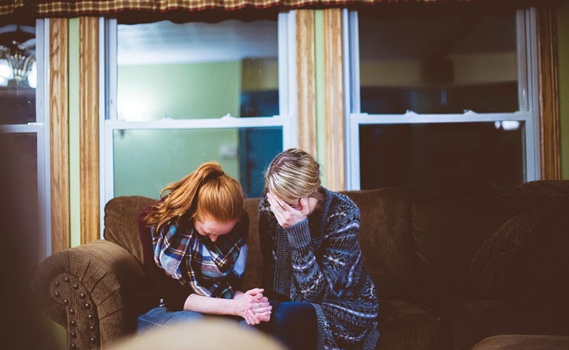 How Can I Comfort a Friend Who Lost One of Her Unbelieving Parents?

article February 5, 2014
Question from a reader: I will be attending a memorial service for a dear friend’s mother who was not a Christian. Her father is devastated, even though she had battled cancer for nine years. How can I offer hope at such a time?

article July 20, 2011
When I wrote Deception, the spiritual themes are interwoven into the central plot, the murder mystery. Ollie’s recognition that everything is not as it appears applies not only to the murder, but to the larger issues of his life.
Invest in Eternity