What Kind of Responses Have You Gotten from Unsaved Readers Who Have Read Your Murder Mysteries?

What kind of response have you gotten from unsaved readers who have read your murder mysteries? Were they open to your explorations of heaven and hell?

I remember various secular media interviews where they couldn’t figure out how a murder mystery could have a spiritual theme! They would say things like wow, that was an interesting story, and….that other-worldly stuff was…well, it was different, wasn’t it? A few non-Christian readers were offended by the heaven scenes and the one hell scene, but many more seemed genuinely to like them, which taught me not to underestimate people’s spiritual thirst and openness.

A significant number of unbelievers have come to faith reading Deadline and Dominion. A Texas physician told me a remarkable story. He loaned Deadline to a number of patients, and asked them to return it and discuss it when they finished. He told me that from this one worn out copy of Deadline, six different people had come to faith in Christ!

I met an Iranian college student on an airplane, gave him Deadline, and found out years later that the same night after checking into his dorm, he stayed up all night reading it. When a character came to faith through reading Mere Christianity, this young man got on his knees and gave his life to Christ. Someone told me he’s become the godliest man she knows.

I’ll never forget being told by a Christian friend that she’d given a copy of Deadline to an outspoken pro-choice advocate in our community. I cringed, because I’d have given her Dominion instead, which deals with racial themes. Deadline has a sub-plot related to abortion, which I thought would really turn her off. I saw her a week later at my daughter’s volleyball game. She marched straight up to me and said, ‘I read your novel Deadline…and I loved it! You know my favorite scene? The one where you show that unborn baby from heaven’s viewpoint!”

Now that blew me away. What a lesson about the power of fiction. Because it was integrated into the story in a natural and cohesive way, that scene got past the guardians of the gates of her mind. She’d have rejected it in its nonfiction form. But coming at her in the story, it snuck up on her, and she was at home with it before she knew it. She’d experienced a paradigm shift concerning unborn children.

This is the Trojan Horse power of fiction. People open up the gates of their minds to a well-told story. They don’t know what may be inside, and how it may change their thinking or their hearts. We sometimes fail to understand that people not only want to be entertained, but to be stretched and changed.

article July 20, 2011
When I wrote Deception, the spiritual themes are interwoven into the central plot, the murder mystery. Ollie’s recognition that everything is not as it appears applies not only to the murder, but to the larger issues of his life.

article July 20, 2011
The main character, Ollie Chandler, is an unbeliever. He blames a God he’s not sure exists for the loss of his wife to cancer; he’s haunted by the death of another loved one; and he’s alienated from his grown daughters. 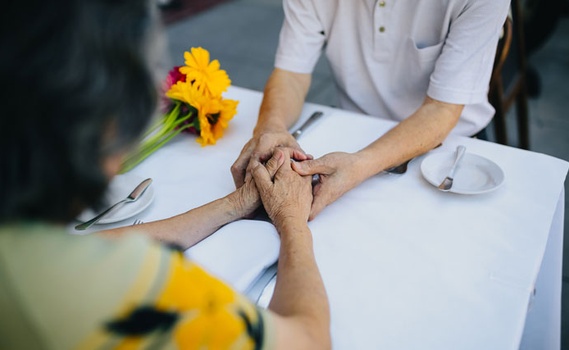