Honestly, it was one of the hardest things I've ever done in my life. I had lots of 12 to 16 hour days, and although I knew it would only be for a season, it took its toll. Nanci and I still took days off, and went to movies and out to dinner, but truthfully, it was rough. That's why I normally wouldn't do it, but I believed in this project so I agreed to it. And I’m glad I did. Nanci is glad, too.

Blood, sweat, and yes, a few tears, went into the novel. But the reason you do a project like this is in the hope and prayer that God will use it and that Jesus Christ would be seen, honored, and praised through the changed lives of people. We've already seen people come back to their faith in reading the novel and make a fresh commitment to the Lord. I believe some will come to Christ and many others will raise the bar and depend on the strength of the Holy Spirit to make lasting changes in their personal and family lives. If so, it is all more than worth it! 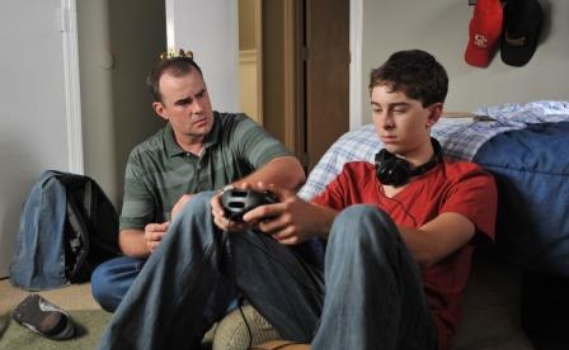 What Was it Like Writing a Novelization for Courageous? What Are Some of the Themes Addressed in the Novel?

audio September 15, 2011
In this two-minute audio clip, recorded at the Red Carpet Premiere of the Courageous movie, Randy talks about what it was like writing the novelization, and also shares about some of the themes addressed in the novel.

article September 12, 2011
Last year I said yes to writing a novel based on the screenplay of the new movie Courageous, which is being released in theaters on September 30. The movie was done by the Kendrick brothers, Stephen and Alex, who produced Facing the Giants and Fireproof. As Fireproof centered on fire fighters and marriage, Courageous centers on police officers and fatherhood and, not surprisingly, COURAGE for men in their homes and personal lives.
Invest in Eternity