I really do. I think there are a lot of men in this culture who are just waiting to be challenged. In my experience, whenever men’s ministries in churches have challenged men to be godly men, there are many who step forward. But there are numerous churches that simply need a tool that can be used to make that challenge. I believe the Courageous movie and the related books and studies are an instrument that God can greatly use, and I expect Him to do exactly that. 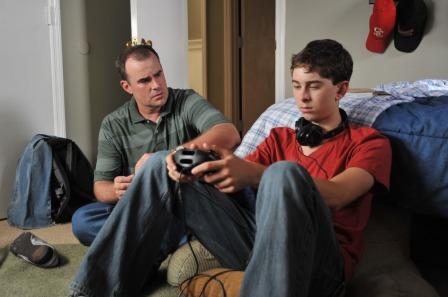 Then it will be up to the churches, and the small groups and men’s ministries within those churches, to take the next step and not just challenge men, but also inspire them to rise up and say, “Yes, I am resolved to be a man of courage and conviction.” Actually helping them to follow through with that resolve no matter what will be a huge challenge, but I expect that many churches and many men will rise to meet that challenge. Courageous has the potential to make a profound difference.

Was it easy for you to write a novel based on someone else's screenplay?

It might seem like it would be easy because after all, Alex and Stephen Kendrick gave me an excellent movie script to start with. The problem is, a screenplay is not a novel, and what works on the screen (and the movie works beautifully) and in a book is not always the same.

Alex and Stephen and Sherwood Baptist Church are terrific, and they are excellent at movie-making, doing what I couldn’t begin to. But, like every novelist, I have my own style, my way of writing and constructing a story line and developing characters and their own back-story. It wasn’t easy to assume ownership of someone else’s story, even such a good one, and then multiply it four times and write a true novel in their characters, plot, themes, development, approach and tone that would be seamlessly integrated and true to both my style and theirs. This is a challenge of collaboration but hopefully the final product justifies all the work it required. And I’m grateful to hear so many people who haven’t seen the movie yet say they love the book.

For example, usually as I write a novel I come up with creative ideas that require me to subtract a character I started with, change which characters I have in a scene, and even change a character’s age, appearance, ethnicity or name. If there’s a compelling reason to do so—and sometimes there is—I make very significant changes from my earlier drafts. I can go back and plant clues wherever I want to and make last minute changes the reader will never be aware that I made, changes which make the book much better. But obviously, I didn’t have the option of taking away some of Adam’s lines and replacing them with something else. I couldn’t take a line that belonged to Nathan in the movie and give it to his wife Kayla in the book. People would notice.

So, to me, the twenty percent of the Courageous novel that was straight from the screenplay was written in stone. I could tweak things here and there, add something to enhance it, but I didn’t want to change the movie. Of course, movies based on novels frequently alter and contradict the novels they are based on. But I don’t think a novelization should take those liberties with a movie.

Also, I had to make compromises with point of view because the camera shows the movie viewer things that in a novel you shouldn’t normally convey except from a restricted point of view of a single character. But I had to fudge on this occasionally because if I didn’t, some portions of the book would have felt really different from the movie in a way that could confuse people who experience both.

Last fall I spent four days in Albany, Georgia (home of Sherwood Baptist Church, Sherwood Pictures, and the Courageous movie production). I met extensively with Alex and Stephen Kendrick, and a 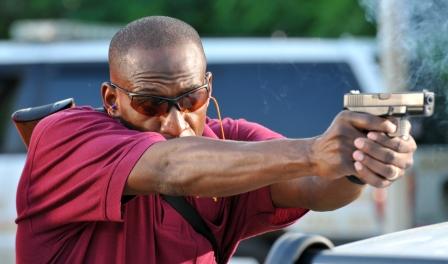 variety of people, including Ken Bevel, who played Michael in Fireproof and plays Nathan in Courageous. I was driven around town for three hours by a savvy cop, a veteran investigations Captain who showed me the gang life where drug deals happen, and took me on a tour of the jail. I took photographs and visited most of the film’s locations.

I  worshipped at Sherwood Baptist on Sunday, which I really enjoyed (a key scene in the movie and the book takes place there). So when I wrote a scene, I’d been there. Authenticity is important. If it’s true in the writer’s mind the reader picks that up, if it’s vague to the author, the reader senses that and doesn’t buy into the story.

The movie filming had already been completed, but I was able to watch the Kendrick brothers as they worked on Courageous in the editing room.  They would run a scene back and ask, “Does this work?”

Movie making and book writing are not contradictory, but supplementary mediums. Watching Alex and Stephen sit at their computers surrounded by big screens, editing Courageous, showed me that making a good movie is remarkably similar to making a good book, which I’ve been trying to do for twenty-five years. The painstaking editing process helps you to make it into the most compelling story that reaches into hearts of the audience.

What do you hope readers of the book and viewers of the movie will come away with?

There are several nonfiction books related to the Courageous movie, but I really believe that the Courageous novel is going to have its own distinctive role in impacting readers. We’re already seeing this to be true. For instance, a police officer wrote last week to say his wife gave him the book, he read it and it caused him to “come back to Christ.” This novel is unique among the books in that like the movie, it is a story, and stories have a unique power. God can bring truth into peoples’ lives through the experience of reading good fiction because it speaks to our hearts in ways different than nonfiction.

What makes a story unforgettable and haunting and the subject of water cooler conversations is the same thing in movies as it is in books. We crave a story that has the ring of truth, that involves action and conflict and the growth of characters we care about. A story that we don’t leave behind when we exit the theater or read the last page of the book. We want a redemptive story that stays with us and changes us for the better. That’s what I’m convinced the movie Courageous will do, and the novel Courageous also. People will spend five times longer in the novel than in the theatre watching the movie, and this will give them more time to think and reflect. You can stop reading and ponder what you’ve read, and reread it, then read it to a friend, or post a portion on Facebook.

Though a movie or a book alone usually isn’t enough to change people, it can be an instrument used by God to get their attention and challenge them to take the next step. The key to long-term growth and turning around hearts and families will be churches, families, and individuals meeting with God and each other day after day, calling upon Him to transform us, by the grace and truth of Jesus Christ and the power of His Holy Spirit.

This article was originally published in the Winter 2012 issue of Eternal Perspectives Magazine. 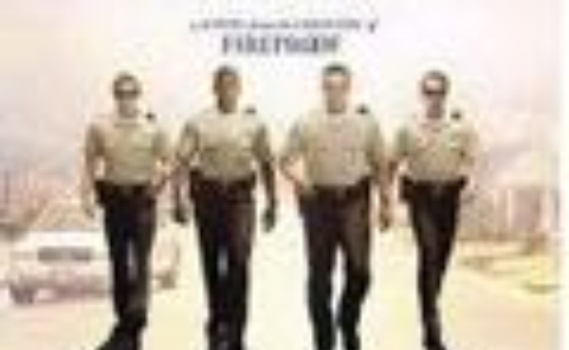 article November 22, 2011
Honestly, it was one of the hardest things I've ever done in my life. I had lots of 12 to 16 hour days, and although I knew it would only be for a season, it took its toll.

video September 15, 2011
In October of 2010 Randy took a trip to Albany Georgia to research the setting and filming location of the movie Courageous in order to write the novel of the same name. These are some of his pictures, video clips and memories from the trip.
Invest in Eternity