Are We to Blame for People’s Poverty? 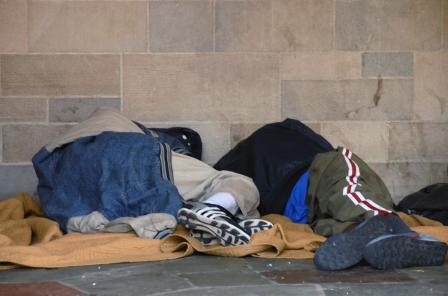 Neither God’s Word nor an accurate understanding of economics supports the notion that the prosperous are automatically responsible for making others poor. What Scripture does say is that even when we’re not at fault, we are responsible to help the poor. “If you help the poor, you are lending to the Lord—and he will repay you!” (Proverbs 19:17 NLT).

Ignoring the poor is not an option for the godly. In the account of the final judgment, the sin held against the “goats” is not that they did something wrong to those in need but that they failed to do anything right for them. Theirs is a sin of omission with grave eternal consequences.

This means we cannot wash our hands of responsibility to the poor by saying, “I’m not doing anything to hurt them.” We must actively be doing something to help them.

We should ask, “If Christ were on the other side of the street, or the city, or even the world, and he were hungry, thirsty, helpless, or imprisoned for his faith, would we help him?” But we mustn’t forget what Christ himself says in Matthew 25: He is in our neighborhood, community, city, country, and across the world in the form of poor and needy people—and especially in those who are persecuted for their faith.

We’re not to feel guilty that God has entrusted us with abundance. But we are to feel responsible to compassionately and wisely use that abundance to help the less fortunate. John Wesley wrote, “Put yourself in the place of every poor man and deal with him as you would have God deal with you.”

What Are Your Thoughts About the Economics of Poverty?

Street Boy Becomes Academic Dean (How Do You Treat the Poor and the Orphan?)

Sometimes there may be a subtle slight in the way we treat the poor, the needy, and the orphan. Although we would never knowingly oppress orphans, are we gracious to them? 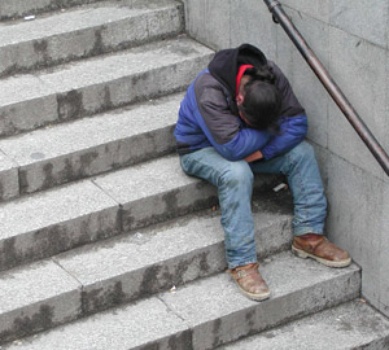 A stubble-faced, leather-skinned vagrant approaches me and asks, “Can you spare some change?” It’s nothing new, but the last few years the faces have been getting younger, the requests more frequent and my responses less certain.
Invest in Eternity