Street Boy Becomes Academic Dean (How Do You Treat the Poor and the Orphan?)

He who oppresses the poor taunts his Maker, but he who is gracious to the needy honors Him,” (Proverbs 14:31, NASB).

Sometimes there may be a subtle slight in the way we treat the poor, the needy, and the orphan. Although we would never knowingly oppress orphans, are we gracious to them?

In Christian history a man of faith cared for thousands of orphans. This was wonderful! However, since the children were orphans, they were considered low class by society. Instead of sending these children to college and encouraging them to enter ministerial training, the boys and the girls were apprenticed out as laborers and servants at age 15 and 17.

The love and care given to these orphans were exemplary, but none were ever known to become lawyers, doctors, educators, pastors, or missionaries because of their social standing.

Praise God for this man of faith who cared for thousands of orphans. As many of God’s people worldwide care for street children and orphans, let us follow in faith as this great man did, but let us go further. Let us make sure that we care for them as we would our own children and give them the same opportunities to serve God whether as a bus driver, civil engineer, doctor, educator, missionary or pastor.

A street boy of Manila went to an evangelistic camp. He came to faith in Christ and was trained in ACTION’s Second Mile Discipleship & Vocational Training Program. Later he got a welding job, but felt that God was calling him into ministry. He took a job in maintenance at a large church in Manila so he could attend all the services and seminars to prepare for ministry.

Later a wealthy church member noticed his industriousness and paid for him to attend Bible school at Philippine Mission Institute (PMI). Even though he was from the streets and had no education, the faculty helped him through school. He later received assistance to attend Asia Theological Seminary (one of the largest in Asia), graduated, and returned to PMI as Academic Dean! He has been considered for future presidency of this same institution.

Praise God for the people who did not give up on this orphaned street boy. They instead encouraged him to be all he should be to the glory of God. 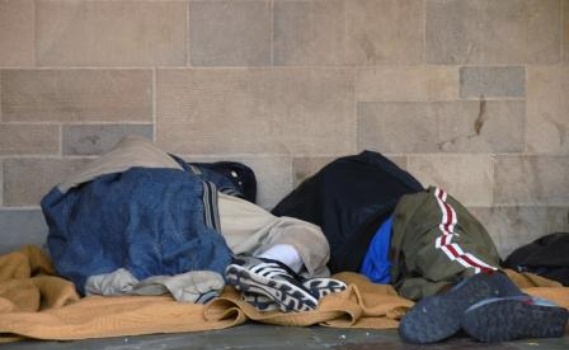 Are We to Blame for People’s Poverty?

article March 14, 2012
Neither God’s Word nor an accurate understanding of economics supports the notion that the prosperous are automatically responsible for making others poor. What Scripture does say is that even when we’re not at fault, we are responsible to help the poor. “If you help the poor, you are lending to the Lord—and he will repay you!” (Proverbs 19:17 NLT).
Invest in Eternity