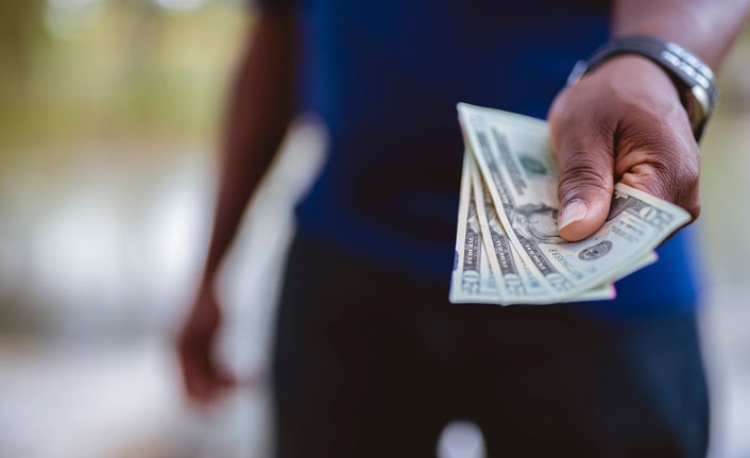 When Elizabeth King attended her first Generous Giving Conference in 2009, she was so captivated by the thunder and lightning she decided she would devote 50 percent of her annual income to charity.

Then, the Texas attorney admits, she let that commitment slide.

Her philanthropy didn't suffer, of course. King was regularly reaching out to ministries through a donor-adviser fund. And so it was, two weeks after she tendered $2,500 to Open Arms International, a Portland-based relief organization, that King received a phone message from David Gallagher.

Open Arms’ founder was calling from Kenya, and his gratitude reverberated down the line.

I want you to know, Gallagher said, how dramatically your gift will impact our work with abandoned children in east Africa.

King was both touched ... and curious. Her $2,500 had landed with that big a splash? She e-mailed her fund adviser, asking, “How much did we give to Open Arms?”

Troubling puppies, those decimal points. Mindful that she had erred in not checking the e-mail confirmations, King was understandably taken aback. When word reached Open Arms International, it quickly offered to return the donation.

“I went home that night and prayed,” King told those assembled last Friday at the 2013 Generous Giving Conference in Austin, Tex. “And at that moment, God winked.”

A wink that calmed her. A wink that suggested something much bigger than a decimal point was moving through this transaction.

Fourteen years ago, four men—all well-versed in Christian giving—sat down together at an Atlanta hotel to examine an increasingly troubling trend.

The ‘90s had generated stunning wealth. And best they could tell, those good fortunes had not been matched by a surge in charitable giving. As a percentage of income, people—whatever they believed—were giving at a lower rate than during the Great Depression.

“There was extraordinary wealth and extraordinary opportunity,” said Daryl Heald, who worked for The Maclellan Foundation in Chattanooga, Tenn. “It required an extraordinary response.” Joining Heald in Atlanta were Todd Harper with Campus Crusade for Christ; David Wills at the National Christian Foundation… All were familiar with the books of Portland evangelical Randy Alcorn—especially Money, Possessions and Eternity—which reset so much of their perspective on giving.

They believed that something about generosity strikes a unique chord in the human heart, and not, as a recent New York Times Magazine story suggests, that giving is another self-serving strategy to get ahead.

And they agreed it was impossible to experience grace and not respond with generosity.

As Alcorn famously says, “Grace is lightning ... and our giving is the thunder. The lightning comes first, and thunder is the natural response.”

What, then, was holding Christians back? How could this foursome encourage radical, redemptive giving?

“Could we create an organization,” Harper asked, “that changed the perspective and practice of people's generosity? Could we do it in a way that didn’t involve asking people for money?”

Could they find a safe place where people might explore a journey of generosity far beyond the basic tithe?

A vibrant sanctuary where a Texas lawyer might share her $250,000 adventure and inspire everyone in the wings?

“People can stand in church and tell wonderful stories about how their marriages were saved,” Alcorn says. “Everyone knows who the prayer warriors are. Where are the giving warriors? The visible models of people who have learned the joy of giving?”

On the morning of April 18, a dozen Oregonians boarded a private jet in Aurora and cast off for Austin and 45 hours at the Hyatt Regency Lost Pines.

The group included Duncan Campbell, founder of Friends of the Children; …Steve Atkinson, who organized the trip; Dustin Evans and Jon Collins from Epipheo Studios, which created animated videos for Generous Giving; and Jared Siegel, a principal at Delap.

Siegel was the University of Oregon’s starting kicker for the 2001-04 seasons. And while he is still second on the Ducks’ all-time career scoring list, that achievement didn’t dissuade him from joining friends in a quest for what he calls “that legacy moment. Something that is positively disruptive and will live on after us.”

In 2012, they came up with Forgo, a smart-phone giving platform that facilitates the small, daily sacrifices that evolve into glorious habits.

Siegel and his buddies were struck by how costly it has become to support your local charity. When you total up the auction tickets, babysitting tab and obligatory paddle raise, Siegel said, “You have to make a $500 commitment to test drive the organization.”

“You can’t find a more alien way to involve the next generation in giving.”

Why not, Siegel wondered, a smart-phone app that allows you, as you stand in line at World Cup, to donate the cost of your latte to Living Water in Haiti? Why not a mobile tool that instantly converts the discipline to forgo that blueberry muffin into a nutritious meal for a family far beyond your reach?

“Is generosity a single moment each year when I raise a paddle,” he asks, “or is it transformational?”

In the sweep of the conference, speakers wrestled with both the practical and theoretical aspects of giving.

Jeff Sandefer from the Acton School of Business asked the 375 attendees whether they were hoarders or spenders, then cautioned, “You can't spend to find fulfillment and you can’t hoard your way to safety.” There were breakout sessions for families with questions about how to weigh their charitable giving and their children’s inheritance.

And one speaker after another returned to the idea of transformation.

“It’s the recurring theme,” Atkinson said: “‘I had a hole inside me that wasn’t being filled until I started giving things away.’”

That understanding is not unique to Christians. As Alcorn says, Bill Gates and Warren Buffet are like “two little kids” when they describe the joy of giving away billions.

But it’s certainly designed for the faithful. To guard against greed. To guide them to the field where the real treasure is buried.

To provide their children—who study their parents so carefully—an inheritance beyond all understanding.

Whatever Daryl Heald started, whatever else he has done, the 2013 Generous Giving Conference belonged, in the end, to his 22-year-old daughter, Frances.

During his many years with the Maclellan Foundation—which grew out of the Maclellan family's insurance business, and funds Generous Giving—Heald has increasingly focused on global poverty. Since she was 10, Frances told us Friday night, she has gone abroad with the family twice each year to experience the globe’s most devastated slums and refugee camps.

“Returning to the safety of my home on Lookout Mountain became the hardest part of traveling,” she said. “I wasn’t prepared for the suffering I saw, or the guilt I felt because of that.”

She carried that weight for so many years. A senior nursing major at Stanford, she has felt the world’s broken edges through a long battle with Lyme Disease.

And the healing she needed didn’t arrive until her parents adopted the first of three Chinese orphans, and she heard her dad present the family farm to her new sister, saying, “All of this is yours.”

Frances heard two loving fathers at that moment. Her sister, she realized, had done nothing to earn this rescue, this gift, the new life that was being handed to her.

“And neither,” Frances said, “have I. We did nothing to deserve what we have. God is restoring the brokenness of the world through what he’s doing in my family.”

You can understand, I hope, why she believes the only possible response is to give.

Those who know King's heart and her bottom line appreciate that. Which is why her financial adviser was surprised awhile back when King called and said she needed money to buy a second home:

“On the water. Nothing but blue skies overhead.”

Well, her adviser assured her, I’ll make the arrangements. Where are you buying?

“South Sudan,” King said. “For a new missionary family. In an area that hasn’t had missionaries for the longest time.”

This article was originally posted on OregonLive and is used with permission of the author. 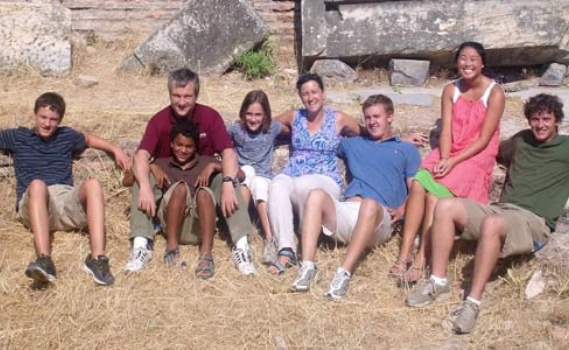 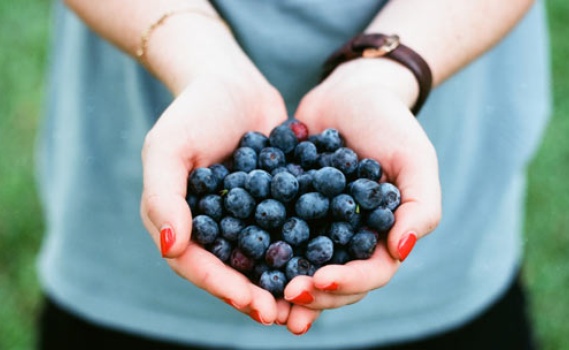 Ron Blue on Two Lies We Can Believe About Giving

article April 17, 2017
"One of the greatest blessings of the body of Christ is its capacity to meet the needs of its members through generosity, service, and sacrifice. When Satan succeeds in destroying this flow of love and grace in the church through his lies, I am sure he rejoices." 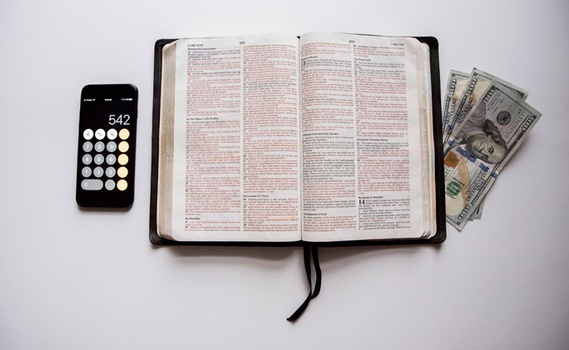 article January 26, 2010
Some of these are one-a-day question; others could be asked several in succession. Decide according to your preference.
Invest in Eternity