In the Bible angels sometimes take on human form. When they do, obviously, they don’t have wings (or they wouldn’t be in human form). So angels in wingless human form proves nothing about whether angels in their created/natural form have wings. When they are in their angelic realm, the same passages that don’t describe them as “winged” also do not describe them as “wingless.” Hence, nothing can be proven from those passages. They may or may not have wings, but other angels, Seraphim and Cherubim, do. 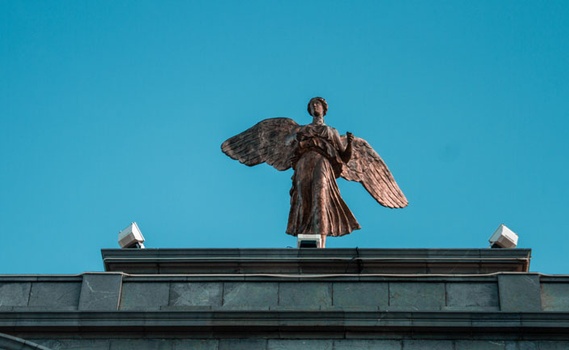 How Do We Know That Seraphim and Cherubim Are Angels?

article January 18, 2021
They are generally considered angels just because there are a limited number of intelligent sentient beings. The general categories are God himself, angels, and human beings, and some would also include higher animals.

Why Do All of the Angels in Your Graphic Novel, Eternity, Have Wings?

In another article you mentioned that in Scripture some angels have wings and some may not. Why do all of the angels in your graphic novel, Eternity, have wings?

My wife died two months ago and I’ve heard a preacher say that when you die “you don’t go home alone”, and that two angels go with you. What does the Bible say about this?
Invest in Eternity