I’ve Heard Some Pastors Say They Believe in the One True God, but Also Other gods. Is This Biblical?

I’ve heard some up-and-coming Christian pastors say they believe in the One True God, but also other gods. Is this biblical?

Creational monotheism says there is only one Creator God but there are many lesser gods. In some ways this is accurate, since Scripture itself uses the God and gods terminology, with both demons and humans called gods in some contexts (Job 1:6; Romans 8:14).

I think in English it’s more effective to call them “powers” than “gods” as this completely resolves any confusion created by saying, in essence, “God is the only creator but is not the only god.” When that is said, some people walk away saying, “Our pastor says there are many gods, not just one.” If there is time to accurately explain what is meant by using the term “gods” I’m all for it, but I do not think the term should be used for shock value or in a way that assumes the audience has greater understanding of what’s being talked about than they really do.

Satan, demons, the Princes of Persia and Greece of Daniel 10, etc., are clearly “powers” so I believe we can be just as faithful to the text without engaging in controversy. I think it would be clearer for pastors to simply use the term “powers” rather than “gods” and avoid putting an adjective in front of monotheism (since any qualifying adjective sounds like a denial or limitation). Were this done, I think there would be no issue. In some people’s minds when you speak against any kind of monotheism you are advocating polytheism—so why frame the issue in terms of monotheism in the first place?

Monotheism isn’t the problem, failure to recognize the reality of supernatural evil powers is the problem (and unfortunately an all too common one for the church in America and other Western countries). Some of the younger and older folk hearing these things are not theologically grounded, and it’s easy for these concepts, even though they are for the most part presented biblically, to sound like Mormonism or Eastern religions.

I totally get why some Christians speak of gods with a lowercase g and when Scripture uses the term they can be spoken of that way.

This is what has led some people to believe leaders who oppose “modern monotheism” as advocating polytheism. I don’t believe that they are at all! But their argument that modern monotheists (including evangelicals) think that idols are non-entities, I believe that’s an over-generalization because many faithful Christians today are well aware, as Paul clearly teaches in 1 Cor. 8-10, that there are real demons behind the dumb idols: “For even if there are so-called gods, whether in heaven or on earth (as indeed there are many "gods" and many "lords"” (1 Corinthians 8:5). These ideas are neither new nor controversial in my mind. But when you are speaking against a form of “monotheism” it can get confusing!

I think it’s important for Christian leaders to keep their audience in mind, and if something is unnecessarily controversial or confusing to the hearers, perhaps it should be reworded. There are enough necessary controversies in life that I do not want to contribute to any unnecessary ones! 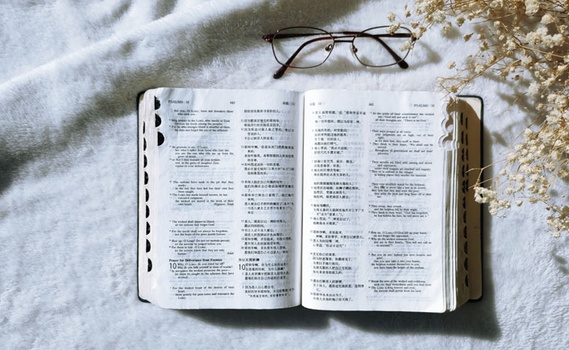 Returning to the True God

Scientists and Their Gods: The Question of Coherence

article January 5, 2004
Can God use accidents and embarrassing pauses? He did in the life of one prominent professor.
Invest in Eternity