Returning to the True God 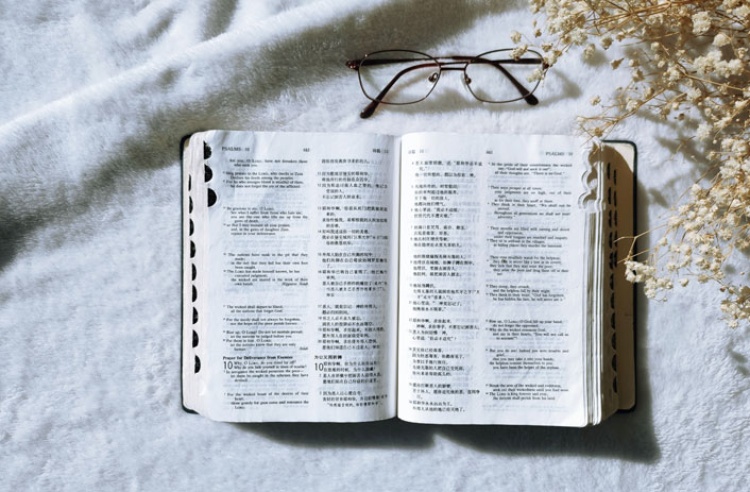 An excerpt from Safely Home by Randy Alcorn

Saturday morning Ben and Quan worked repairing the chicken coop. It was unseasonably warm for early November. Ben wasn’t a skilled laborer, but he was actually enjoying learning some skills that didn’t involve high finances, budget projections, and long-term strategies. The men spoke of old classmates, dorm buddies, and campus escapades, uncovering a flood of pleasant memories that had long lain dormant.

Ming brought out a tray with water and biscuits for the men. While seated under the ginkgo, they talked and laughed a half hour.

“Li Quan is not a professor. But I wish to teach something to Ben Fielding.”

“Language studies,” Quan said. He jumped up, picked out a long, firm stick, and drew a character in the sandy dirt. Ben was amazed at how quickly Quan’s hand moved and how perfect the character appeared. It consisted of eight different strokes and would have taken Ben five times longer to draw.

“You know this word—it means ‘to create, to begin, to come from.’ This part means ‘dust.’ This is ‘breath of mouth.’ It’s followed by the radical p’ieh, which is ‘life.’ The final two characters are a mouth and walking. It means ‘from the dust, by the mouth was breathed life, and it walked.’”

Quan looked at Ben as if expecting a light to turn on. It didn’t. “Do you know what Genesis 2:7 says, Ben?”

“‘The Lord God formed the man from the dust of the ground and breathed into his nostrils the breath of life, and the man became a living being.’ ” He drew in the sand again. “Here is another.” Quan was animated, his spirit soaring. “Do you see this?”

“Very good. Look at the six components: heaven, cover, water, rain, three persons, and magic-worker. Genesis 1 speaks of the Spirit of God, who is the third person of the Trinity, hovering over the waters as the miracle of creation is worked.”

“But you can’t seriously believe that—”

“And here is our character for desire.” He drew quickly again. “What is it?”

“A woman with two trees.”

“Correct. Student gets an A.”

“Genesis 3:6 says the woman saw the tree was good for food, and she desired it to make her wise. Look at this.” He drew again. “The character for tempter is also part of the word devil. You see the two trees and garden? It literally means ‘in secret, the man in the cover of the garden, by the two trees, was tempted by the devil.’ Do you recognize that?”

“I’m not completely ignorant of the Bible.”

Quan wrote a new character next to it. “Now, the word chuan means ‘boat,’ or ‘ship.’ The radical ‘mouth’ can be translated ‘people’ or ‘dependents,’ like ‘mouths to feed.’ The breakdown of the character is this: ‘Eight mouths, meaning eight people, were in the ship.’ What does that mean?”

“Genesis says Noah and his wife and his three sons and their wives entered the ark. Eight people.”

“You’re saying this Chinese character is about Noah and the ark?”

“That is what many of us believe. We do not think it’s a coincidence. China is the most ancient culture. All ancient men knew about the Flood and the ark. All families told stories, passing them on for thousands of years. Every ancient culture has its story of the Flood. When China’s language developed, would it not make sense to see our central stories reflected in our characters and words? It also means our ancient people may once have served the true God. In our language, God’s history was preserved for all to see. All who have eyes to see, that is.”

Quan drew quickly in the sand, then pointed. “What does this mean?” he asked.

“And what is this symbol that is part of it?” He pointed.

“Isn’t that the older brother?”

“Yes. The older brother is hating, striking out at the younger brother. Does this sound familiar?”

“There are many more examples, but I will give you one, the most important.” He drew frantically with the stick. “‘Righteousness.’ This character is a combination of two smaller ones: ‘I’ or ‘me,’ and ‘lamb.’ Compare to Genesis 4—Abel brought a sheep to sacrifice. God said if he would bring forth the best of his flock, he would forgive him and consider him righteous. Notice the lamb is positioned over the pronoun. The ‘lamb’ over ‘me’ means righteousness.” Quan was speaking quickly, at a fever pitch. “Do you not see?”

“You really think so?”

“Yes, Dabizi, I do! If I were a history professor at a university, this is what I would teach my students. I would also point out that the lion and dragon are among our most ancient symbols. The banned book of Revelation calls Yesu the ‘Lion of Judah’ and Mogui the ‘dragon.’ Confucius recorded in ShuJing how the emperor would sacrifice to Shang Di, but they had lost the reason and significance for the act. They used a large oven to sacrifice sheep and cattle. This mirrors the Jewish sacrifice. Chinese can trace this sacrifice back to 3000 B.C., before other nations’ history began. Noah and his sons and their descendants migrated to each continent. As the most ancient of languages, Chinese takes us back closer to Genesis than anything else.”

“My friend Quan is a gifted teacher.”

“Do not think about my teaching, Ben. Think about what I am teaching! The tragedy is, ancient men did not stay true to God. Other religions developed. Buddhism, Hinduism—all of them. Nations began to forget why they once offered sacrifices to God. Still, God was faithful to the Chinese in allowing his truth to be preserved in over a hundred and twenty-five characters for thousands of years. That is why when Chinese come to God today, we say they are returning to the true God our ancestors once knew.”

“I’ve never heard any of this. We never talked about it in my Mandarin class.”

“And certainly not in mine,” Quan said, laughing. “I am not surprised. How can those without eyes be expected to see? But perhaps the church grows so fast in China because God tilled the soil of our myths and proverbs. The greatest truths are hidden in myths, and perhaps Chinese myth is not so far from God’s truth. Then when we see Yesu, the great truth, for us the lesser truths fall naturally into orbit around him. The emptiness of atheism and communism have tilled the soil further. We long for the sun and rain—even that hidden inside the words we use every day—to fall upon us and give us life.”

“You really think God is behind all this?”

“Only the blind would not see this. It is not important whether China is most favored nation to America or Europeans. What is important is China’s favor in sight of God.”

Quan beckoned Ben over to the chicken coop. “We will finish our work, and I will finish teaching. You have been to Tian Tang, have you not?”
“The Temple of Heaven? Of course. Fascinating place. I’ve visited it probably three times on trips to Beijing. It covers far more ground than the Forbidden City itself.”

“Did they explain to you why there are no idols there?”

“No. I guess I didn’t notice there weren’t.”

“It is striking that a place of that sort would have no idols. Some of us believe there are no idols because the emperor had become a Christian and worshiped the true God. They say it is a temple of worship of the heavens. But we think it may have been a temple of the worship of the God who made the heavens. We cannot prove it. But we do know Christianity had already come to China. And we know the temple has no idols even though most worshiped idols in those days, and all the other temples have idols. We believe Tian Tang may be a national symbol of Christian heritage in China, a symbol of the one true God, Zhu Yesu Jidu.”

“I have discussed this often with my nephew, Li Yue, whom I hope for you to meet soon. I hear that many Christians throughout China dream and pray that one day Tian Tang may become the nation’s largest gathering place of the bride of Christ.”

“A legal church building that will symbolize China’s transformation by Yesu.” Quan sounded more excited than his old roommate had ever seen him.

“Would that not be glorious, Ben Fielding?”

This is an excerpt from Safely Home by Randy Alcorn. For more information about this book, see Safely Home.

I’ve Heard Some Pastors Say They Believe in the One True God, but Also Other gods. Is This Biblical?

I’ve heard some up-and-coming Christian pastors say they believe in the One True God, but also other gods. Is this biblical?
Invest in Eternity