What Are Your Thoughts About People, Especially Believers, Rallying Behind Injustices like Sex Trafficking and Racism, but Not Abortion?

What disturbs me is what I see in the large segments of the Christian community who are embracing all the justice issues that are popular in the world and promoted by rock stars and Hollywood (and I am very GRATEFUL these celebrities are using their influence in this way). Many of the same Christians speaking up for other justice causes (for which I applaud them) have emphatically turned their backs on the cause of unborn children.

These vulnerable babies have been written off as a “right wing” cause. The fact that the rights of unborn children are part of the Republican platform (and abortion rights are a core part of the Democratic platform) means that today’s “progressive” Christian leaders don’t include unborn children in their A-list, or any list, of victims of injustice issues. To which I respond, “don’t throw out the babies with the bathwater just because some conservative Republicans care about them! Even if you can’t stand conservatives, please don’t take it out on the innocent children!”

Martin Luther King said, “Injustice anywhere is a threat to justice everywhere.” The greatest injustice is when others harm people and rob them of choice by inflicting their will on them. Blacks didn't choose slavery. Jews didn't choose the ovens. Women don't choose rape. And babies don't choose abortion.

I’ve noticed that all the great defenders of abortion in our culture have one thing in common—they weren’t aborted. They were given the chance to live that they would take away from others. (Or, at best, are silent about the unborn, just as too many Christians were silent about slavery, the Jews and injustices to women.)

Our ministry is heavily involved in supporting women and children who are victims of all kinds of injustices, all over the world. What grieves me is to see how Satan has marginalized unborn children, drawing attention away from them and fostering the notion that attempts to stand up for them are not justice, but anti-justice!

Jesus said in John 8 Satan is a murderer and a liar; he lies to cover his murders. Unborn children are made in God’s image, so every time the evil one kills a child, he is killing God in effigy. No wonder he lies so persuasively to strip unborn children of their lives. Tragically, many Christians who consider themselves deeply concerned about justice are now buying into this.

Advocating for the hungry and victims of sex trafficking and land mines and children being slaughtered and dismembered in places like Sudan (God help them, and we are trying too) are now cool among some Christ-followers because the world’s cool people are behind these causes. But advocating for the unborn children facing the slaughter and dismemberment of abortion is decidedly uncool. Rock stars and Hollywood celebrities will not speak up for them (partly because abortion permeates their own environment and possible personal history).

May God give us the conviction and the courage not to pander to EITHER of the two dominant political parties in this country, but to follow Jesus and the heart of God and “speak up for [ALL OF] those who cannot speak for themselves” (Prov. 31:8).

P. S. I know it’s also true that some who clearly see the injustice of abortion and are involved in helping moms and promoting adoption, have been slow to come around on other issues, such as racism, sex trafficking and victims of land mines. I am happy to say there has been tremendous progress in this regard. While there may be points of disagreement regarding the degree of human causality of global warming, for instance, most prolife people I know are very supportive of the great majority of justice concerns, if not all of them. For instance, I have spoken out on creation care and racial justice and women’s rights, as have many prolifers I know. 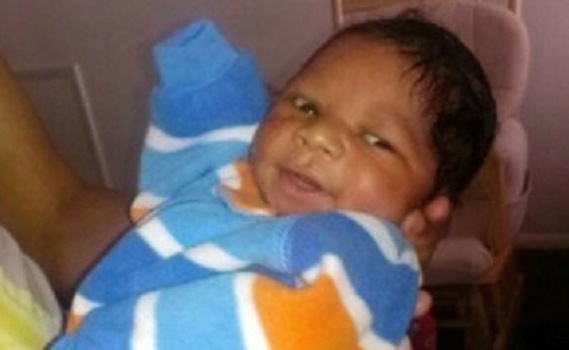 Sidewalk Counseling, a Life Saved, and a Family Brought the Gospel

article June 25, 2014
I love this prolife story. It testifies to the ways God can use believers peacefully praying, holding signs, and sharing prolife information as well as the gospel, outside an abortion clinic.

What Do You Think Is the Biggest Obstacle for Christians to Overcome in Facing the Abortion Issue?

article January 10, 2012
We struggle to dispel the illusion that grace means that we should not talk about the hard issues. Our doctrine of grace has been distorted by the culture’s dogma of tolerance

What Is Your Response To Writer Anne Lamott's Prochoice Stand?

I recently read about Anne Lamott's stand on abortion and her antagonism towards pro-lifers. How do you respond to this Christian writer being adamantly pro-choice?
Invest in Eternity